This past month my church community has been focused on the theme of Turbulence and Transition. The topic felt appropriate given the season we’re in here in Toronto, as we move (for the most part) out of the winter and into spring.

For many of us, spring is that in-between season, that toe in the slightly warmer water on our way toward summer. This year however, the transition out of our winter has felt less like a smooth immersion and more like a choppy, inconsistent roller coaster ride. There seems to be room here for comparison to other life changes.

All transition brings with it turbulence. Turbulence can be otherwise understood as chaos, confusion, or upset. For those of us who fly, turbulence is that bumpy part of the travel process. Drawing on that analogy, I like to say that Turbulence is what change feels like for those of us not flying the plane.

Truth is, none of us are actually even flying this plane called Life. Despite our best efforts to convince ourselves otherwise, we are not and have never been anywhere close to in charge, which is why change can feel so violently upsetting. Rather than be upset, we try to set up scenarios that spare us from the unpleasantness of this truth. While doing that, we typically find ourselves falling into one of three categories; fighters, flighters and freezers. I’ll explain further.

Fighters believe they can duke it out with change and win. They resist, by any means necessary. These are those among us who cling to the past, to routines, to rituals. These are the colleagues at work who notice when their stapler has been moved an inch to the left. They don’t necessarily deny that change is occurring, but they are convinced that they can outplan, out-organize, and essentially stabilize any attempts for life to go anywhere other than according to their schedule. These folks appreciate ritual and can be prone to magical thinking, prayers of petition, and superstition. They’ll board the plane, but only once they’ve put on their lucky underwear first. What’s underneath? Fear.

Flighters are those of us that think we can outrun change. Flighters’ method of control, or rather attempts at it, fit with the saying “If you can’t beat em, join em.” Flighters outwardly claim to love change, and they’re often seen keeping very busy: new jobs, homes, partners, even countries. They are the very definition of hot-foot. If you watch closely enough however, you can see that it isn’t so much that they are flowing with change, but rather are attempting to outdistance it.

Their busyness is a frantic attempt to avoid the discomfort, often subtle, that comes with our experience of transitions. They are the passengers who live for the in-flight film, laugh at all the jokes real loud, turn the pages of the multiple magazines in their lap, loudly, and then won’t give you a moment’s rest as they chat your ear off or take multiple trips to the bathroom. Their reasoning is if they can keep preoccupied long enough during the flight, they won’t have to notice the flips their stomachs are doing with each course correction. Again, underlying all of this – fear.

Then there are the freezers. Freezers are those of us that think we can wait out change. Those of us who fit this profile choose to go real slow, and are almost catatonic with our resistance. Similar in some ways to the fighters, except they’ve traded the aggressive, for passive done aggressively well. They don’t fight in the traditional sense, or choose to run like the flighters, but their head-in-the-sand attitude is motivated by similar ideas; change is bad. They appreciate routines but make sure to go about them real slow.

Procrastination is their demonstration, and they’ve got avoidance down to a science. They’re the folks on the plane who are either seated upright, hands gripping the armrest you both share, or else curled up and hidden under covers after downing a prescription sleeping aide or some wine. Sleep is another example of their desire to wait out the difficult parts; “Wake me when we’ve landed” could be their motto. The belief is that maybe if they’re quiet enough, and don’t make any sudden movements, change might pass them by. Like with the others, the only motivation here – is fear.

I am the first to admit that I’ve spent a time or two in at least … all of these spaces at some point. Those who know me know I’m not a fan of planes or uncontrolled change. If I’m honest with myself, my hatred is really fear; and fear screws with so many aspects of your life if you don’t get a handle on it. Here’s the thing: change is constant. There is nowhere to hide; you can’t fight it; even attempts at managing it are usually futile. So what’s the solution?

Acceptance. Absolute, complete acceptance of the moment, the uncomfortable and the out of your control. Acceptance is not the same as acquiescence. There’s no defeat in this. All that is being asked of any of us, in each and every moment, is to see the moment for what it is – without judgment. Someone shared with me the other day how exhausted they were, trying to control such and such a scenario in their life. I felt empathetic. I know a thing or two about that myself. But there is a freedom in release, in giving the moment over to the moment itself and being present.

This doesn’t only work as a theory in life; try it the next time you’re on a plane. Feel yourself in the seat. Feel the seat. Notice the curve of your spine, or the knot in your stomach. Take in the sounds and the sensations both inside and outside yourself. See them, feel them, don’t attach any other idea to them, and then watch as they all do the same thing; change. And then change again. There is a constant to change, a rhythm that can be just as assuring as any of our attempts at false control. The old saying goes, “tell the truth, shame the devil” … I’d like to think that if you ACCEPT the truth, you’ll come to realize there never was any devil in the first place. 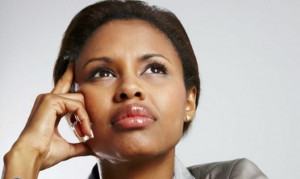 Older Entry How Do I Know What My Calling Is In Life?
Newer Entry 5 Things BOLD Brilliant Beautiful Women Do 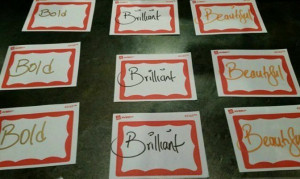 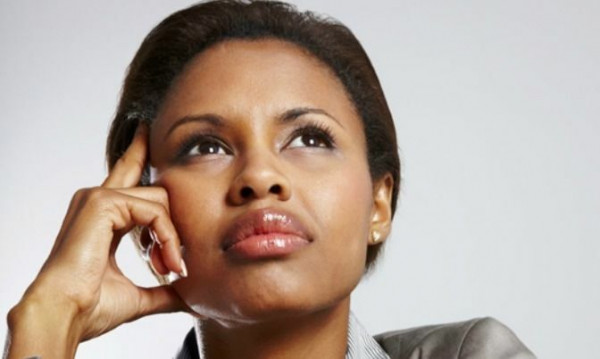 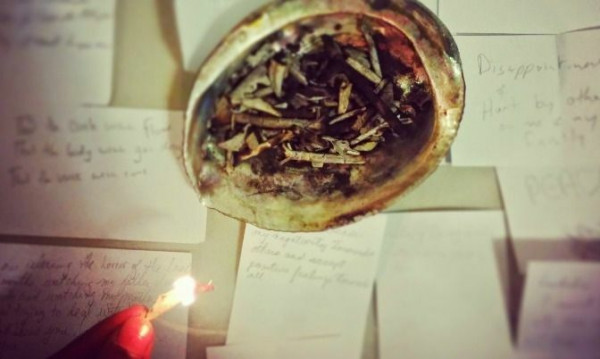 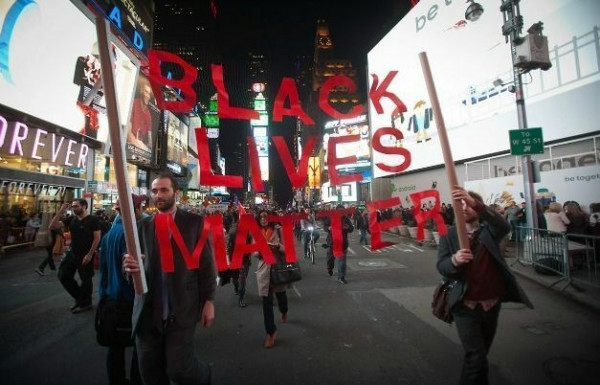