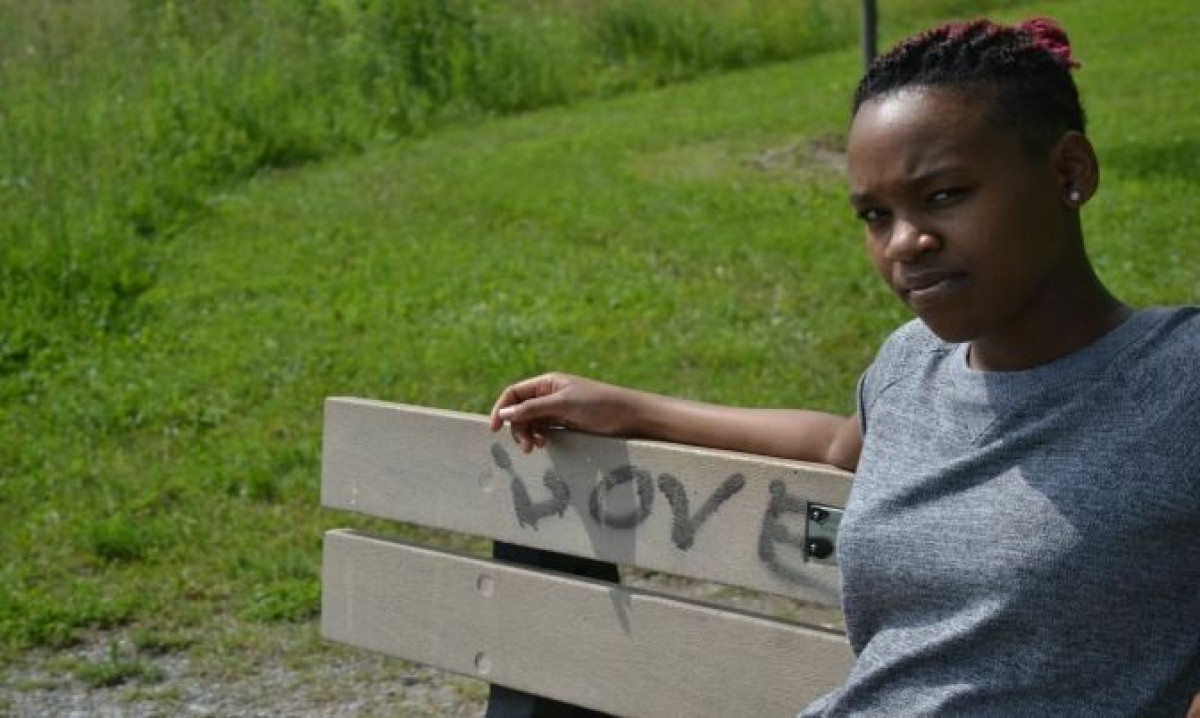 I am not one of those mothers who tells her daughter to concentrate on her books and school and ignore boys until she is older.

I know that is an impossibly unrealistic request to ask of any heterosexual teenage girl. I was once a teenager so I understand all too well the “need” to be accepted and liked by boys. In my adolescence, the feelings that are often linked to popular representations that suggest certain girls are not good enough, not pretty enough, not interesting enough, or not sexy enough, used to distress me and today, similar representations, in much more complex forms, continue to afflict young girls.

One notable difference is the commodification of Blackness for public consumption. I suppose I should say that this is a significant difference as it makes the intricacies of identity slightly more complex for Black girls today. When I was a teenager, very few aspects of Blackness were affirmed or celebrated. Besides the multi-talented Black athletes, there was no space or praise for Blackness in any other form. There was not much celebration of Black bodies either; this sudden admirable fascination with thick lips, thick thighs or big butts did not exist outside of the few who continued to appreciate these often-sexualized body parts within my own Black community. So, the distinguishable difference, as I see it, is that Black girls today have to contend with the fact that certain aspects, commonly attributed to their Black identity, are admired, celebrated and considered desirable on non-Black bodies. This would confuse even me. So, Black boys admire and White girls emulate parts that are commonly associated with Black female bodies, but society seems (based on a number of popular culture representations) to have less respect and appreciation for Black women themselves. Interesting.

I listen compassionately, and at times frustratedly to the stories that these young girls I work with tell about what it is like to be a Black or Brown girl in a predominately white school. How aspects of their culture and identity that they were once ridiculed for are now openly appropriated by their non-Black peers, i.e. cornrows, now commonly referred to as “boxer braids” and head ties and durags, renamed the “Urban Tie Caps”. With resilience, they discuss their strategies for dealing with the struggle to remain relevant in high school, to face rejection and not completely disappear amongst media representations which often deem girls who look like them unattractive, undesirable, and even unnecessary. All this while aspects of their identity are proudly accepted and paraded through their high school halls on other non-Black and Brown bodies.

In response, I avoid the bullshit advice that suggests they should somehow have the confidence to be completely unaffected by all of this. As if, somehow, these girls were naturally created differently and therefore they don’t care if they are accepted and how they may be perceived by their peers and the boys whose attention they seek. I understand that these are real issues for Black and Brown girls and they might seem trivial, regularly dismissed as just a stage of adolescent development, but I would venture to say that feelings of unworthiness, rejection and lack of acceptance will only follow them throughout their lives, especially when they remain unaddressed.

Nowadays, I scroll through social media and regularly read articles about a few Black male celebrities who openly denigrate Black women and girls. Looking at Black women who are now at the forefront like Lupita, for example, and calling them ugly because of the shade of their skin. Just recently, one Black rapper, Kodak Black, openly stated that he does not like “Black bitches, [he likes] yellow hoes.” One could argue that he is irrelevant, clearly unintelligent, and that Black girls do not need to have his acceptance anyway. I would agree to an extent but, regardless of his social class or how certain folks might separate themselves from “his kind”, his most recent music video “Tunnel Vision” has over 130 million views on YouTube, and therefore whether we agree about his importance or not, he has a significant audience and we need to pay attention.

Watching the video of Kodak Black making these comments is so disheartening. As he shares his disdain for dark Black girls, he points at his own skin as the marker for what he rejects, which is a clear indication of self-hatred. Even more disturbing is that his comments and other similar statements about the aversion to Black or dark-skinned girls are indicative of the ease with which Blackness, especially of specific shades, is so easily vilified in our contemporary culture. There is usually backlash when these types of hateful statements are publicised, but it does not seem to reduce the assaults against Blackness, and Black women in particular. There are a few Black men and boys who have no issue with stating their “preference” for non-Black or non-dark skin Black girls in the public domain, not recognizing or perhaps not concerned about what this might do to the young Black girl struggling to affirm herself amidst contemporary representations. Now, I call out the few Black men and boys guilty of this because it is particularly hard hearing people who look like you, openly discriminate against you. Please, just keep your self-hatred to yourself.

So, what do we say? What do we say to our Black daughters when they are faced with the narratives that berate them in ways that other non-Black girls do not have to contend with? Well, just one day after reading Kodak Black’s comments and watching his heartbreaking video, there was a silver lining. I saw a 60-second clip of Mr. Russell Westbrook’s nine-minute NBA MVP acceptance speech and once again, I was inspired. In this clip, he is openly sobbing as he thanks his beautiful Black wife in all of her magnificence. He says, she makes him “go”, she has sacrificed so much to stand by his side, and he deeply loves her. Earlier in the speech, he openly acknowledges and praises his beautiful Black mother, and I was reminded of why I am committed to Black men. Media tends to over-represent the few who hurt us with their words and actions but they are not all like Kodak Black or Gilbert Arenas. We seem to hear the negatives more often but that too is a part of a project to ensure that Black women dislike themselves enough to dull and erase their own shine.

So, to my 15-year-old social butterfly, who is often immersed in popular culture and who takes everything in, I say, pay attention to what you don’t see on your feed as much as the things that you do. Question why you hear more about the Kodak Blacks than the Kofi Siriboes. I know it is impossible to ignore deliberate attempts to dehumanize you; I know that as a teenage girl you want to be liked and accepted as you are but not all Black boys think and act like some of the lost ones we most commonly see in the media. As you are currently in the process of learning to affirm and love yourself, soon you will be less concerned about the acceptance of others and you will stand in your own truth. Until you get there, understand that your power is what scares those who openly spew hate towards you. There will be many boys who will not fear you. So just wait, he is not likely to be a star NBA player or celebrity, but he will be just as worthy as he will see and appreciate you, as you are.

Just wait, your Russell Westbrook will find you (or you may find him, whichever comes first).

Kisha is a faculty member in the General Education and Liberal Studies Department at Centennial College. Kisha is currently pursuing a PhD at York University, focusing on gender equity education and the impact of social media on development of identity of black girls. 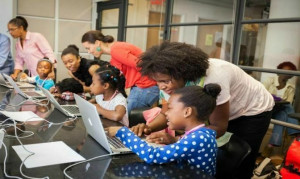 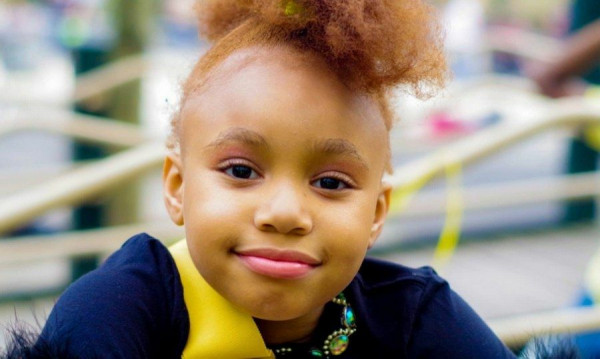 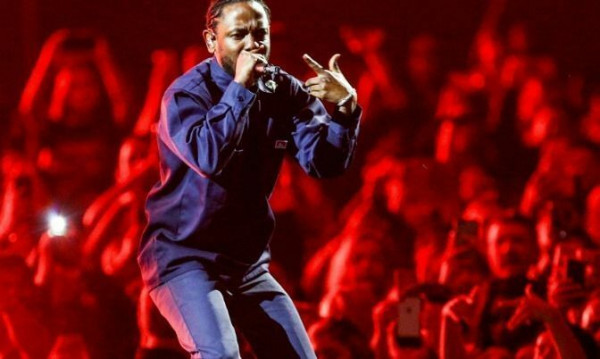