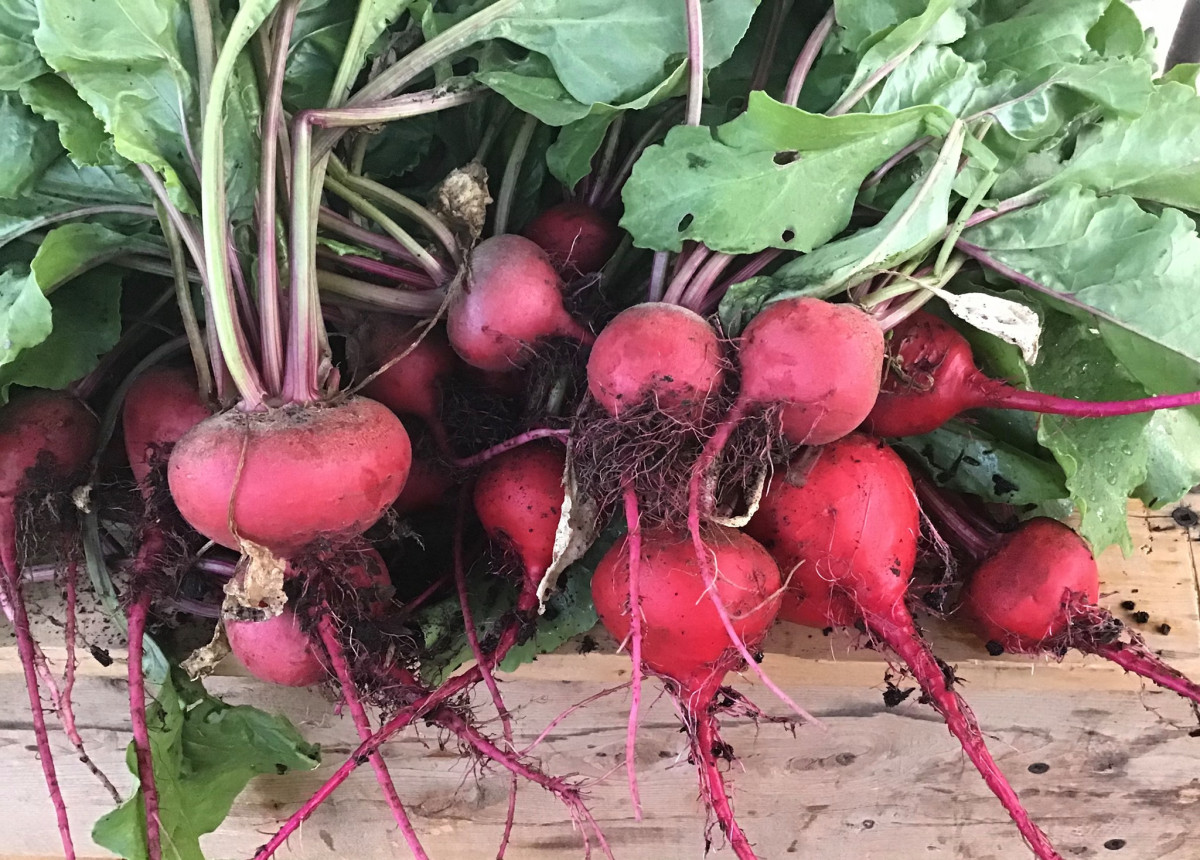 Have you ever dreamed about growing your own vegetable garden or even just eating a plant-based diet? It's a vision that urban farmer, author, and plant-based coach Joe G. Thomas has made a reality today.

Responding to what he says is the urgent needs of Black consumers in Toronto regarding health, food and Black farmers, Thomas started the Toronto Black Community Supported Agriculture, an urban farm located in Downsview Park.

It’s unique to the world of farming. Their website cautions: “While you enjoy your weekly share of the fresh, local, farm-fresh food, you must also share in the lack of food should there be a drought, flood, pest problem or other issues that reduce the amount or quality of the food. You become one with the farmer in understanding and dealing with the ways of nature.”

We spoke with founder Joe G. Thomas to find out more about it.

Where did the idea come from to start a community agricultural group?

Actually the initial idea came from when I was in Florida because I was doing some real estate work in one of those really depressed areas where there were churches and fast food places on most of the corners but no proper grocery store. So I started working with the people in that area and I came up with a plan that I called ‘each one grow one’.

I took 15 homes and I encouraged them to grow one crop and share with each other. When I met with farmers here (Black Farmers and Growers of Toronto), we found that it would be easier to just grow the food and have people participate as part of it.

What has the response been like to plant-based eating and the black farming community in Toronto?

When I decided to start the Black Vegans of Toronto, I expected that I’d get about maybe 10 or 15 people interested. So I phoned the group and I posted it on Facebook and in about two or three days I had over 100 people join. Then I started having two meetings a month, one in the east end and one in the west end and the attendance at the first meeting was about 14 people and now it’s more or less 20 to 25 people who are very serious about their health. It’s very encouraging and every day I have more people asking to join my Facebook group.

Why did you start the business?

When I wrote my book in 2017 (‘Let food be your medicine today: Live healthy and strong on plant based whole foods’), I discovered that black people were basically leading in all of the chronic diseases. Whether it’s diabetes or heart disease, it all came down to what we were eating and the research that I did showed that we could avoid a lot of these illnesses if we just changed our diet to a much more plant based diet and cut back on the amount of meat, eggs and dairy and milk.

So that sort of got me going, and on top of that I had a personal tragedy when my son died suddenly of a heart attack in 2016. He was 40 years old. So that gave me more interest to really go out and encourage people, especially young black people, to be much more aware of what they eat.

How did you first start the greenhouse of Downsview?

The fortunate thing is the people that I hooked up with had already gotten a greenhouse through another organization to grow food (Black Farmers and Growers of Toronto). But they didn’t have any marketing or any kind of setup to take it to the point we have taken it today. My contribution is organizing and bringing in people who are looking for plant based organic food. I brought the market for the food and that is what I am developing. They do the growing and I go there to help with the planting. But I do more of the outside organization and marketing. Now we are growing for the general public as much as we can. We have one greenhouse space that is going well but the cold weather has kind of affected some of the stuff we are growing in the greenhouse.

Is growing the food the main challenge you have during the winter season?

Yes, because we have aphids, black flies and stuff like that that just come out of nowhere. If we don’t stay on top of it then the rest of the plants could get infested very quickly. So far we have been doing quite well, we are looking at the first harvest being ready in the middle of March 2018.

What were some of the challenges you faced in bringing the idea to the community?

The concept of a CSA (Community-supported Agriculture) is that people pay money up front to the farmers so that they can get the things they need like the seeds and the equipment and material to grow the food, and then you get a share of the harvest every two weeks. We have had a few people who have bought in right away and then gave us the money up front but the majority of people are waiting to see us do it and then come on board.

But we are gearing up for the spring and summer, that’s when we expect to have a lot of people involved and we will be doing farmers markets as well.

What would you to say to people who are opposed to a plant based diet?

The proof is when I look at my life experience, in terms of how I have been eating for the last 41 years and I check my health and the benefits I’ve had over the years. This started with a friend that decided he was going to go vegetarian. He encouraged me to do it back in 1975 and I tried it and almost immediately I felt different, more energy. Over the years I’ve never spent a day in hospital and I turned 71 in December. I am on no medication, I wake up every day with lots of energy, and if the weather is good I walk in the morning.

So, I’m getting results and that’s why I stick to this. If I wasn’t getting results then I would think maybe I should try something else. But I get excellent results from the way I eat and I also see evidence of people where the only difference between them and me is their lifestyle and they are sick and I am not. They have aches and pains and all kinds of chronic illnesses and the only difference is our lifestyles.

Have you found that Black people are looking for cleaner products and food that is grown locally?

To be honest, the response from Black people was slow at first, because I think a lot of people pay more attention to what they wear and their hair than what they put in their bodies. So there wasn’t much of a great interest particularly from black people. But now it has changed because the vegan movement is moving fast and black people are getting much more conscious of what they eat. But just a few years ago I was seen as a kind of weird guy not eating meat. It is not something that was very accepted before but now I am very encouraged. A lot of people, particularly Black women are more conscious of what they eat.

What expansion plans do you have?

We have already secured four acres of land and we have another two acres that may be available to us too. That is a good chunk of land to grow a lot of food in the Downsview area. We also have a possibility of getting some farm land at York University.

People interested in purchasing fresh, locally grown food can sign up to be a member at www.bcsatoronto.com and receive organic groceries bi-weekly for $110.00 per share. Members can pick-up their share of the fresh food grown in season from the greenhouse or have them delivered to their home.

Shanelle Somers is a journalism student at Durham College.