Hailing from Toronto Canada, the Powerhouse Fellowship Soul Choir is a group of talented teens and young adults with a passion and goal to change lives though music. Fondly referred to as POWERHOUSE, the choir was formed in 1986 for a church building fund program. In 1988 the choir was officially founded and directed under the leadership of Shawn Cotterell. With twenty-five voices and a multi-talented band, the choir’s repertoire ranges from hip-hop, reggae, traditional and contemporary gospel.  The director and founder of this anointed choir is Shawn Cotterell. Shawn Cotterell’s first musical experience began at the age of seven singing in a church choir. By the age of twelve, Shawn answered the call of God on his life and began organizing the Powerhouse Fellowship Soul Choir. Having a love for music, Cotterell's professional musical experience included recording background vocals for Sesame Street fame-Bob Mcgrath, Canadian Folk singer Rita MacNeil, and Sharon, Lois and Bram. Cotterell also served as an alternate Praise and Worship leader at Revival Time Tabernacle pastored by Reverend Audley James.  Shawn’s dream is to make a lasting impact and impression on mainstream music. "I love music and I thank God for giving me this gift. My only prayer is when I use this gift, those who listen would be blessed." To witness a performance of this group is refreshing and exciting. Fueled with energetic and spirit filled performances, Powerhouse had the opportunity to grace the stage at many venues, not only across Toronto, but as far as Ottawa, Canada, Montreal PQ, Brooklyn New York, Philadelphia, Chicago, and Las Vegas. (Performing to thousands at conventions concerts charities and revivals). The choir has been invited to be a part of several major events in the US including Bishop Hezekiah Walker's Choirfest held in Las Vegas, NV during the Stellar Award Weekend, Thomas A Doresy's   National Convention of Gospel Choirs and Choruses held in Detroit, Michigan and T.D Jake's MegaFest International Choir showcase which was held in Dallas,TX. The group has also shared the stage with gospel recording artist CeCe Winans, Pastor Shirley Caesar, Kim Burrell, Ricky Dillard, the Clark Sisters and R&B singer Bilal. Most recently the choir had an opportunity to sing and help celebrate the release of Walt Disney Pictures The Lion King 2019 film. Wowing crowds at key locations in downtown Toronto. The Lion King is directed and produced by Jon Favreau and stars Beyoncé Knowles-Carter, Donald Glover, Seth Rogen and <
Rating
500

Be the first to review this listing! 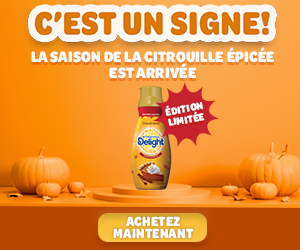