Image by Anissa Hidouk via HarperCollins

By Lalaa Comrie
Published on Tuesday, March 5, 2019 - 08:34
The brisk cold air and the light dusting of snow could not stop the over 400 people who came to see renowned two-time bestselling author Angie Thomas at the Rose Theatre last night in Toronto. Though the room was filled with both young and old book lovers of all backgrounds and ethnicities, Thomas made one thing clear, Black voices and Black stories matter.

‘’I’m not here to educate white people on diversity,” said Thomas. “I’m here to tell the stories that have been left untold in the Black community and give a voice to the voiceless.”

Thomas, who is promoting her second book, On The Come Up, spoke to the audience for over an hour about the book, her characters and her writing process, comparing the publication of her new novel to giving birth.

“I’m happy this new kid is here,” joked Thomas. “Now I’m pushing her out into the world to grow and thrive.”

On The Come Up, follows sixteen-year-old Bri who wants to be one of the greatest rappers of all time. Or at least make it out of her neighbourhood one day. As the daughter of an underground rap legend who died before he hit big, Bri’s got big shoes to fill. But now that her mom has unexpectedly lost her job, food banks and shut off notices are as much a part of Bri’s life as beats and rhymes. With bills piling up and homelessness staring her family down, Bri no longer just wants to make it—she has to make it.

In her new novel, Thomas returns to the make-believe neighbourhood of her first novel, The Hate U Give, Garden Heights. While both her main characters live in Garden Heights, the two girls are very different, yet they each realize the power of their voice.

“Words have power and they have the ability to go far,” says Thomas. “I want little Black girls to know this and to show them how important and amazing they are.”

In On The Come Up, Bri’s journey is essentially the journey of Hip Hop, from its foundation in the streets of New York to where it is now. Thomas takes us through the ups and downs, the good and the bad, allowing the reader to feel the love and overpowering emotion of the music.

“Hip Hop is something that grew from nothing,” says Thomas. “It is anything but simple and Bri’s journey follows that journey of growth and development into something beautiful.”

The book has been described as a musical love letter and an ode to hip hop culture and music. While the room was filled with praises for both of Thomas’ books and the movie adaptation of The Hate U Give, Thomas also touched on the reality of her first book being banned.

In late 2017, The Hate U Give was banned by school officials in Katy, Texas for “inappropriate language and content” and pulled from the shelves of libraries in the district. The move gathered widespread condemnation prompting student Ny’Shira Lundy to start a petition, collecting more than 4000 signatures to restore the book. 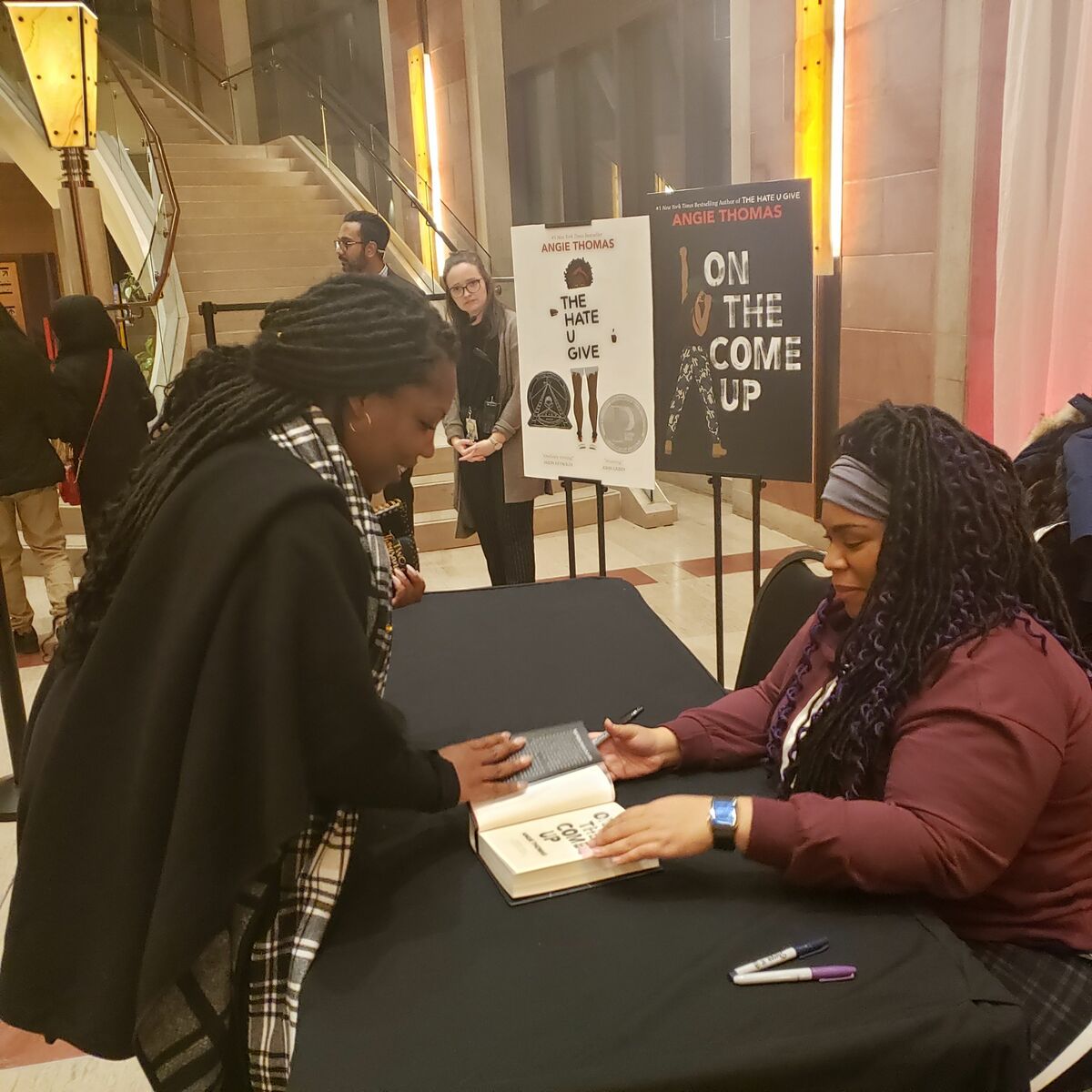 While Thomas only hinted at the identity of the main character in her third novel, one thing was crystal clear: she will continue to tell the stories that need to be told, stories that show our heroes as heroes and not villains.

“Empathy is more powerful than sympathy,” says Thomas. “The fact is that if more of our leaders read books about black people we wouldn’t have to say that Black Lives Matter.”

Lalaa Comrie is a relentlessly helpful Copywriter & Productivity Coach on a mission to help creatives organize their biz and let go of stress, clutter, and the plague crappy content. Download her FREE Email Marketing Writing Guide and learn how to enchant your readers and win more business. When she’s not slinging sentences she’s helping black girls everywhere find their next epic read at www.thisblackgirleads.ca

Review: The Hate U Give By Angie Thomas 07 February 2019
Therapist Says Forgiveness Is Key To Healing 19 April 2019