By Lalaa Comrie
Published on Tuesday, October 21, 2014 - 00:00
October 16 marks the 46 anniversary of the day when Olympic medalists John Carlos and Tommie Smith raised their black, gloved fists in a silent protest during the 1968 Olympic Games.

More than four decades later their story is still so relevant, and Torontonian artist Mark Stoddart is doing his part to keep the legacy alive.

“It’s amazing that all these years later this moment continues to have an impact on our society,” says Dr. John Carlos. “It’s not often that, that happens so it’s important for young people to know the truth and Mark is definitely helping with that.”

Although many might not know all the details of the account, the image of the protest is engrained in our minds as a pivotal moment in Olympic history and the Civil Rights movement. Today the protest still lives on as an iconic stance against inequality and injustice in America and around the world, and that’s part of what Stoddart has attempted to capture in the design of the John Carlos Collection through his brand LIWI68 (Live It Wear It.)

To commemorate the anniversary Stoddart has designed a new hat to add to the already popular, John Carlos collection, which embodies the 1968 protest and touches on the future of human rights.

The hat features the popular image of all three men (John Carlos, Tommie Smith and Australian Peter Norman) at the Olympic podium. It’s a great illustration of combining past and the present with hope of the future.

Chosen by Dr. Carlos to design a brand that would appeal to a younger demographic and capture the essence of his story, Mark did exactly that by designing the “We Are One Collection” for Dr. Carlos.

“Mark has done a great job by designing something that appeals to everyone,” says Dr.Carlos. “I’m very pleased with the collection and with Mark; he has that self-sufficient, easy going swagger about him that also makes his work stand out.”

The design illustrates the image of the fist and each finger is a different colour, representing one of the five major continents, much like the Olympic rings.

“We wanted to capture the essence of the protest but go beyond that,” says Stoddart.

Although the initial message appeals to the rights of African Americans, the message now stems beyond, to all people being awarded the same human rights.

“The John Carlos Collection isn’t just a clothing line but actually a way of thinking", says Stoddart. “Imagine if we could all come together and mobilize as one people…Imagine the difference we could make.”

Stoddart launched his brand LIWI68 in 2010 after nearly a decade as a successful artist in Toronto. His work has been exhibited at several galleries around the city and even featured on Bravo TV.

For more information on Mark Stoddart and LIWI68 visit: http://www.liwi68.com/. 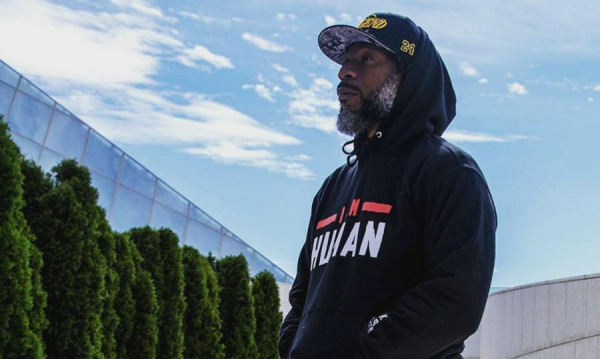