By Natassia Morris
Published on Friday, January 22, 2021 - 13:25
As a parent of a young, Black, school-aged child in Ontario’s public school system, I’ve had my fair share of challenges trying to navigate the system.

I’ve also often found that teachers and school administrators can’t recognize their role in upholding systemic anti-Black racism and white supremacy. My husband and I learned quickly that we would have to advocate for our son when nobody else would because too often within our schools, there are very few role models to whom he can relate. As we prepare to enroll my youngest son into school this fall, the issue of representation will now have a double impact on our family.

The “racial reckoning” of 2020 has forced me and other parents to re-examine notions of systemic institutionalized racism and anti-Blackness in all spaces, including in schools. The rising tide of awareness spawned many movements in the Black community, and that includes Black educators. Following two successful online events late last year, the Administrators’ Black Caucus of Ontario (ABC) is continuing its momentum with an event this month to discuss wellbeing and mental health for school leaders who identify as Black or of African Descent.

Could you give me a sense of how and why (ABC) got started?

Lois: When I got on to the superintendent list for the Peel District School Board, Leslie Grant (an acting superintendent and an ABC founding member), reached out to me and we formed a friendship. She was making me aware of some of the issues that I was coming into when I got to Peel. It was on the heels of issues that were happening globally; we also had issues locally. We came together to create a space by and for Black people, knowing that as principals, the issues we struggled with were different from other administrators. We could see the school-to-prison pipeline, and it was our students that were being personally impacted. Specifically, we wanted to make sure that as we put ourselves out there, we would have some type of representation to support us in saying what we needed to say - that Black principals knew they had a specific voice.

Raquel: We were feeling the pressure of leading school during a pandemic and around the situation with George Floyd, as well as in the board dealing with anti-Black racism. I was attending different workshops and seminars around anti-Black racism, but it just felt like there was so much more out there. Everyone's reading books now about anti-Black racism and attending webinars online to keep themselves busy during the lockdown, but I felt like it was for the awakening of others...what was out there for us as Black administrators?

Lois: We wanted a space for Black administrators. We wanted to tackle things. So for example, when discipline happens amongst Black administrators, how do we support that? Because you've got this representation that doesn't necessarily understand, and even if they are represented by racialized and Black staff, they're still functioning in a colonized mindset. So what we wanted to do, regardless of the bodies represented, was to create a space that was moving away from a colonized approach of understanding and supporting Black leadership.

Since starting, has there been any support or acknowledgement from the educational sector?

Raquel: One of the places we started was the Ministry of Education to let them know that we're doing this work and that more needs to be done at that level. They were very receptive and met with us right away. It's just kind of grown from there.

Lois: We were also having meetings with other stakeholders who have been working for years to support Black educators.  We introduced ourselves and let them know what we were embarking on.

Gary: I think most of the support comes from the public. In terms of attendance at our events, we had our launch event with two directors of education who are Black; Camille Williams-Taylor from Ottawa-Carleton District School Board and Colleen Russell-Rawlins from the Peel District School Board. We looked at Black leadership disrupting anti-Black racism in education. We also had the president of the Ontario Black History Society, Natasha Henry, who volunteered to participate as well. So when we look at support, I would say community support is strong. We had the capacity [on Zoom] at the time for 500, however over 750 people registered for the event.

Raquel: I think it’s because of the legacy of what Black people have gone through historically for so long. On the two events that we've had, it's not just educators who have attended. Education is one institution, but it’s closely related to other institutions that are important to social functioning. So we had people attending that are social workers, business people, and other Black professionals because the ripple effect on the Black community is far-reaching. It's not just a teacher problem or a school issue. It's about our community and our children. People that have a stake in the wellbeing of Black children are impacted and can find some way of connecting to what we're saying.

Would you then encourage people in the Windsor area, in Sudbury, in Thunder Bay and other parts of Ontario to join if they're a school principal or administrator? What would you say to them about the importance of being a part of this regardless of whether they're in the GTA or not?

Gary: In 2019, there was a professor from the University of Western Ontario, [who] surveyed the wellbeing in the principalship. Questions were asked about discrimination and in that study, 10.6% of the principals who responded to that survey stated that they face race-based discrimination in their schools. At the same time, 16.9% of the principals who responded to that survey said they felt a sense of despair in their roles. There was a word cloud that described how Black and other principals felt, and terms like unsupported, isolated, unwelcome, silenced, invisible, rejected, distanced, dissatisfied and distrusted were some of the terms that came up in the survey of principals’ work and wellbeing in Ontario. The fact that so many principals alluded to race-based discrimination, racial exclusion, feeling a sense of despair in the role, and feeling unsupported; I would hazard a guess that many of those were Black principals.

Raquel: I strongly believe, and I'm sure my colleagues here would agree, that there is anti-Black racism happening in other parts of the province because anti-Black racism is pervasive in everything. When you take the time to deconstruct the institution of education, including its policies, practices and procedures, you'll see it there. So, for educators who may be unaware, I think they should connect with us because if there's something that they're seeing, feeling and wondering about, we can support them with that. 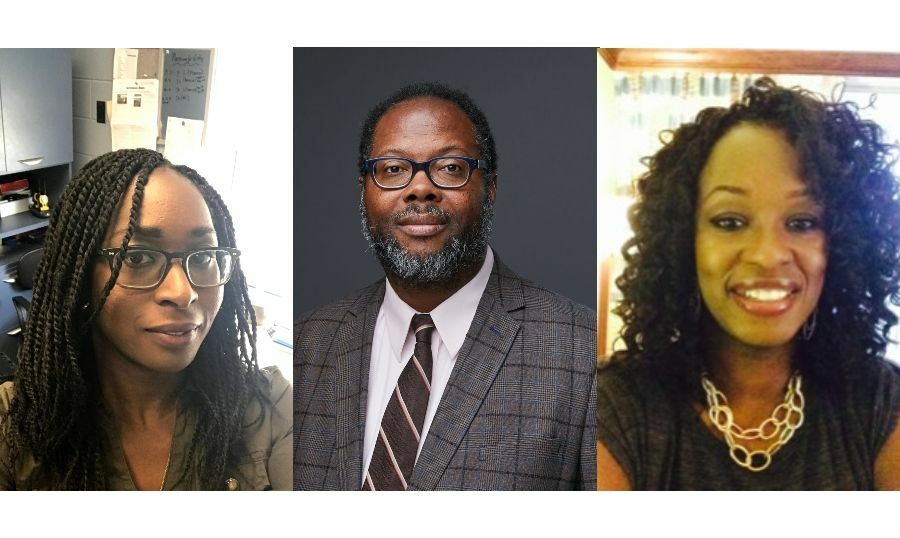 Lois: We have an event planned where we're going to have various speakers. I'm taking a quote from Audre Lorde, "Caring for myself is not self-indulgence. It is self-preservation, and that is an act of political warfare". So [we’re] looking at the mental health of what it means to be individuals in Black bodies doing this work. We have a variety of panellists that will support us with that conversation and it will be moderated by Camille Logan (Superintendent of Education, Leadership Development and Engagement, York Region District School Board). One of the things that we recognize is that support for mental health is not neutral. Many approaches to mental health come out of a colonized approach. It's not based on Africentric ways of how we go about supporting each other. We do want to acknowledge that Black mental health cannot always be addressed through traditional means. It’s important to also consider culturally relevant supports that exist to serve our community.

Where do you see this organization in 10 years?

Lois: I would like to see Indigenous leaders also have a space similar to the one that we've created. We are forging a path for our own community as system leaders and possibly for other communities to follow suit if they so choose.

The Administrators’ Black Caucus is holding their upcoming event, Holding onto our Righteous Minds: Black Leaders centring their wellbeing and finding their Black joy' on Thursday, January 28, 2021, at 7:00 p.m. Black administrators can also reach out to the ABC on their website, www.abcaucus.ca, to find out more about the organization and to get involved.

Natassia Morris is a marketing and administrative professional who is collaborating with DAYO Media & Communications. With a track record in covering stories about the arts, Natassia also enjoys tackling wider social issues such as education, anti-violence, and mental wellness, particularly within Black communities.