By Roger Dundas
Published on Monday, September 2, 2013 - 20:00
What happens when you mix a street-smart Montreal Born Canadian, with Jamaican roots & the complex diversity of Toronto's cut-throat entertainment scene? You get Keesha Brownie.

A sinfully sweet and satisfying treat that keeps you coming back for more! This Jill of all trades brings a verbal arsenal of humour harmony and business hustle to the world. Music recording artist, Comedy, and a thespian with a wick that is about touch downie!

ByBlacks.com spoke with Keesha about her upcoming one-woman show Ingredients of a Brownie happening September 7, 2013, and the October 6 Toronto Urban Queens of Comedy, with headliner Luenell (Borat, Taken 2, Think Like a Man, etc).

I feel like I have asked you this before, but why did you get into comedy?

Stand up Comedy in particular, never crossed my mind growing up, however I knew I wanted to comedically express myself after watching such hit shows which essentially triggered my love for comedy as In Living Color, Barney Miller, Mad Tv, Fresh Prince, & bold characters like Mrs. Hannigan from the movie "Annie", Mr. Bean and a few more.

I didn't' choose comedy, it's just what came next for me. I studied Theatre Performances and perhaps I will tell my true story after my big movie break or sitcom deal (lol) but for nor the short and sweet is, after Theatre School, stand up comedy, got into me!!

I really adore female comics like Wanda Skyes, Ellen Degeneres & Rosanne Barr to name a few! for one all these ladies above have wit and great comedic timing. They have amazing premises and ideas and more than ever they are so natural.

Wanda is like the "homegurl" you never had almost as if she is just having a conversation to you directly, she's dirty but tasteful my favorite bit from here is about detachable vaginas youtube it! I can't say no more lol

Ellen, is like a white "homegirl" just loveable and again hilarious premises everyday things we can all relate to, her books and tv shows are dope too!

Rosanne Barr, LOL I crack up just thinking about her miserable approach to comedy. She is the voice of the modern unhappy housewife & mom and managed to keep people so entertained with it for years on her hit sitcom, which was based on her stand up.

How long have you been doing comedy?

I've been doing comedy *covers eyes* let's just say over 7 years at times I would "try on too many hats at once comedy, modeling, acting singing". Comedy, however, is the cream of my crop! my butter, my boo! (lol)

What's your take on the Canadian female comedy scene?

Has more potential that hasn't been embraced. and could always use a new face!

We know you're always busy, what else do you have upcoming?

Haha! I don't let people know my next move that's a masterpiece only me and God talk about, so your just gonna have to keep stalking me! www.keeshabrownie.com 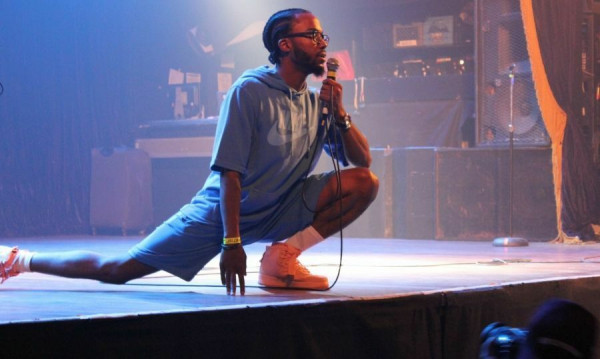