By Daysha Loppie
Published on Thursday, November 24, 2022 - 09:58
The Black Women in Leadership exhibit presented by the Black Artists’ Networks in Dialogue (BAND) at the City of Toronto Archives affirms Black existence and challenges its absence in historical documentation.

On display are forty portraits of Black women leaders across various sectors like business, education, fashion, and activism. Each woman was chosen for her extensive contributions toward the advancement of Black communities. Notable names are Gloria C. Swain, Debbie Douglas, Rita Cox, and Charmaine Gooden.

The images were shot by four visual artists: Patricia Ellah, Jon Blak, Leyla Jeyte, and Janice Reid. Reid became serious about photography five years ago and had her first solo show through BAND at the Gladstone Hotel. In 2019, the Black Women in Leadership exhibit was conceptualized, and Reid says she was one of the first photographers involved.

“While conversing with [the women featured], I realized I can’t celebrate myself without celebrating them. They’ve shaped our future, and their work affects us all.”

“I got to make some memorable, beautiful images of women who have done so much for the community,” says Ellah, who photographed the multidisciplinary artist Gloria C. Swain.

“That matters a lot to me. It’s vital for us to have the opportunity to tell our stories, which continue to change and grow.”

The exhibit highlights documentation as a way to resist the erasure of contemporary Black women’s achievements, of which there are many. Dr. Rita Cox, one of the women featured, joined the Toronto Public Library in 1960 as a children's librarian, eventually becoming the head of the Parkdale branch. She began initiatives to promote literacy, such as the Parkdale Community Information Centre and Project Read. Dr. Cox continuously centred Afro-diasporic literature in her work; she began curating the Black and Caribbean Heritage Collection in 1973.

Despite their numerous accomplishments, finding documentation of Black women in public records can be difficult. The impact of white supremacy means that Black women are not recognized for their success; their work is deemed unimportant by those with privilege, so it is actively ignored and in some cases, co-opted.

BAND addresses this issue by spotlighting contemporary Black women leaders and including them in its archive, Black Women in Leadership. The exhibit also makes the City of Toronto Archives more accessible; entry is free and Black people may be more likely to visit if they see themselves represented.

“History is being made. For so long, Black women were invisible,” says Jeyte.

“It’s important to show how diverse we can be in our careers and lives. [Through the exhibit] young Black women can see themselves [reflected].”

BAND was founded in 2010 by four innovative Black women: Julie Crooks, maxine bailey, Karen Tyrell, and Karen Carter. They have each made substantial strides in developing arts and culture in Toronto and beyond.

“We’re trying to ensure this lasts longer than our lifetime.”

The organization is relatively new, considering other Toronto-based institutions, like the Art Gallery of Ontario, are decades old. But BAND has quickly become an essential pillar in the community as a non-profit that prioritizes work by Black artists.

“These institutions need to exist for us to live and fulfill our destinies,” says Reid.

Recently, BAND announced that their location at 19 Brock Avenue will be closed to the public until winter 2023 for renovations. The transformed space will include the gallery, workshop areas, multipurpose community spaces, and artists’ studios.

“[BAND] is a testament to how you can build community,” says Carter. “If I celebrate anything, it's the people who have poured into this organization to help get it this far.”

The gallery is located at 789 Adelaide Street until renovations are complete.

Want to learn more about previous exhibits by BAND? Check out their exhibition archive. 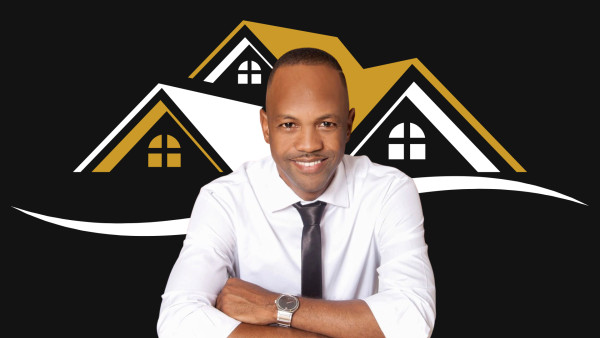