By True Daley
Published on Monday, September 23, 2019 - 21:00
Jillian Danford’s unexpected path to social media stardom is almost unheard of. Danford was living a regular suburban life where she worked as a court registrar with Oshawa’s Superior Court of Justice. A co-worker suggested that she audition for The Shopping Channel where she landed a steady gig and figured she’d done pretty well for herself in the entertainment industry.

After a few appearances on her niece’s YouTube channel LaToya’s Life ( later renamed The Ali’s), fans fell in love with the quick-witted matriarch and wanted to see more. LaToya Forever created a YouTube channel for her aunt and in anticipation of a spin-off series, Auntie Jillian had 11,000 followers and zero videos. At the time, the TV host didn’t pay much attention to her online presence until her circle of media girlfriends whom she affectionately refers to as The Coalition, sat her down for a reality check. She realized then, that she had to jump on the opportunity.

“I never thought that showing people my family and what we do would ever turn out to be a reality TV show and the first of its kind in Canada. I said to myself, this is history and we need to do something about this.” 12 million views later, Auntie Jillian left her job and hasn’t looked back since.

It didn’t take long for Bell Fibe to approach the Danfords with an offer to expand their fan-base through TV1, the network’s streaming platform. The unscripted show stars Auntie Jillian, her Jamaican husband AKA Uncle Warren, son Myles and daughter Milan who have made history as Canada’s first family of reality TV. In addition to offering hope and inspiration to families, the show has allowed her to overcome some of her insecurities.

“There was a part of me that was suffering in my teenage years because of scoliosis. I had back surgery when I was younger and I have this nice big old scar coming down my spine. I used to hide and think I can’t wear this and I can’t wear that because they’re gonna see the scar. Now I’m like, to hell with scars. These are battle wounds that I overcame in my life. So what am I gonna hide it for?”

The Danfords have become a pop-culture phenomenon by celebrating their authentic selves. There are no weaves to be snatched or well-timed wine to be flung on the top-rated series. Instead, 22,000 viewers tune in each week, to watch as a barefooted Auntie Jillian locks herself out of the house or Myles respectfully introduces different strains of ganja to his Trinidadian grandparents. Danford says the secret to their success is how relatable they are as a typical nuclear family.

“If you post things for likes and you’re trying to create this false persona of making people think this is how you live, I think you’re gonna crash and burn if you’re not legit. For me it’s a real ting. I want people to see that we’ve worked hard for everything. We’ve had this house for twenty years and we have the original kitchen. We filmed in our house all the time. My kitchen was always cluttered and I was like, good, let them see. Then finally we had a big renovation last year and they were seeing how hard we worked to get what we have. It didn’t just come.”

Aside from history being made in front of the camera, the Danfords are also paving the way for Black Canadian content creators. Although their show is aired in partnership with a major network, as producers, the family maintains intellectual property rights to Auntie Jillian.

She and her son began brainstorming on how to reach global audiences because fans around the world were demanding to watch the show. The slow-placed bureaucracy of networks in the Caribbean prompted her and Myles to create a user-friendly solution through their pay-per-view service available exclusively on www.itsarealting.com. Fans can watch episodes of Season 1 for $3.99/ea.

Season 2 is slated to air in the Spring of 2020 with new episodes covering health, Toronto’s carnival, a Caribbean-themed Christmas special and more. One thing that won’t change is their winning formula of family-friendly entertainment without the fluff.

“I’m just trying to show people that we are everyday relatable people. We’re just like you. We’re a family unit with a mother and a father. We give people hope. We get so many letters from kids saying that they want to be like us when they grow up but I tell them we’re not perfect. What you see here, we built this. Don’t think that we all get along all of the time. This is not La La land. This is hard work. A marriage is hard work. A family is hard work. We have trials and tribulations just like you. But if we can give hope in having the same kinda problems that you have and see how we work it out, I feel like we’ve accomplished something “

As her popularity grows, you’ll soon see Danford on national commercials while appearing on various TV shows. She embraces her Auntie moniker as a sign of respect and admiration from the community, stating she’s thankful for the maturity and life experiences that have helped her to manage her fast-paced career.

“When I was much younger trying to do this, I was overthinking everything. I was like, Oh my God! I’d be devastated if I got rejected. Now, my whole mindset is completely different. I think that’s just the universe saying, this is it - it’s your time.”

True Daley was born and raised in Montreal, Quebec and relocated to Toronto in the 90s where she was a fixture in the hip-hop journalism scene as a freelance writer for various urban publications.
She's also worked as a morning news anchor, actor, late night TV host and commentator on pop culture and politics with appearances on Flow 93.5, BET, HBO, CBC and MuchMusic.
Currently, the proud Parkdalian is a community worker and filmmaker with an unhealthy attachment to vintage clothing. Follow True Daley on Twitter @truedaley 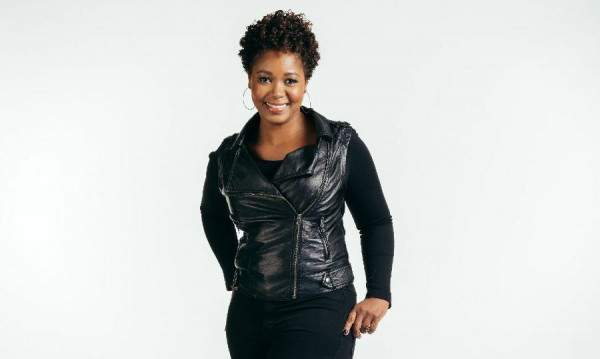 From Mom To Media Maven, Auntie Jillian Keeps It Real