By Administrator
Published on Saturday, March 15, 2014 - 00:00
It’s summer 2011 and I’m curious about this one-woman show advertised in the Toronto Fringe Festival. Jumping on the subway, arriving just on time, I sat in a pew (yes a church theatre) quite befitting this original play.

The NOW magazine reviewer sat beside me feverishly jotting down notes. The play got 4 Ns & Critic’s Pick. Since then, the show received a Canadian Comedy Award nomination. Having promoted a one-woman show and watched quite a number of them in Toronto, I’m always curious to see how one person can capture the attention, and imagination of the audience. Diane Johnstone does that. After running into her at First Fridays, I had an opportunity to chat with her about the remount, and plans for the future.

How did you get into theatre?

Its been so long, I grew up in the US, and my parents used to take us to the Apollo Theatre to see shows and performers like James Brown, Wilson Pickett, etc. Also living in Connecticut, one of my babysitting jobs was to take people to the Westport Country Playhouse to see productions there. Just being exposed to the likes of Madison Square Gardens, Westport Country Playhouse motivated me to want to be on stage. 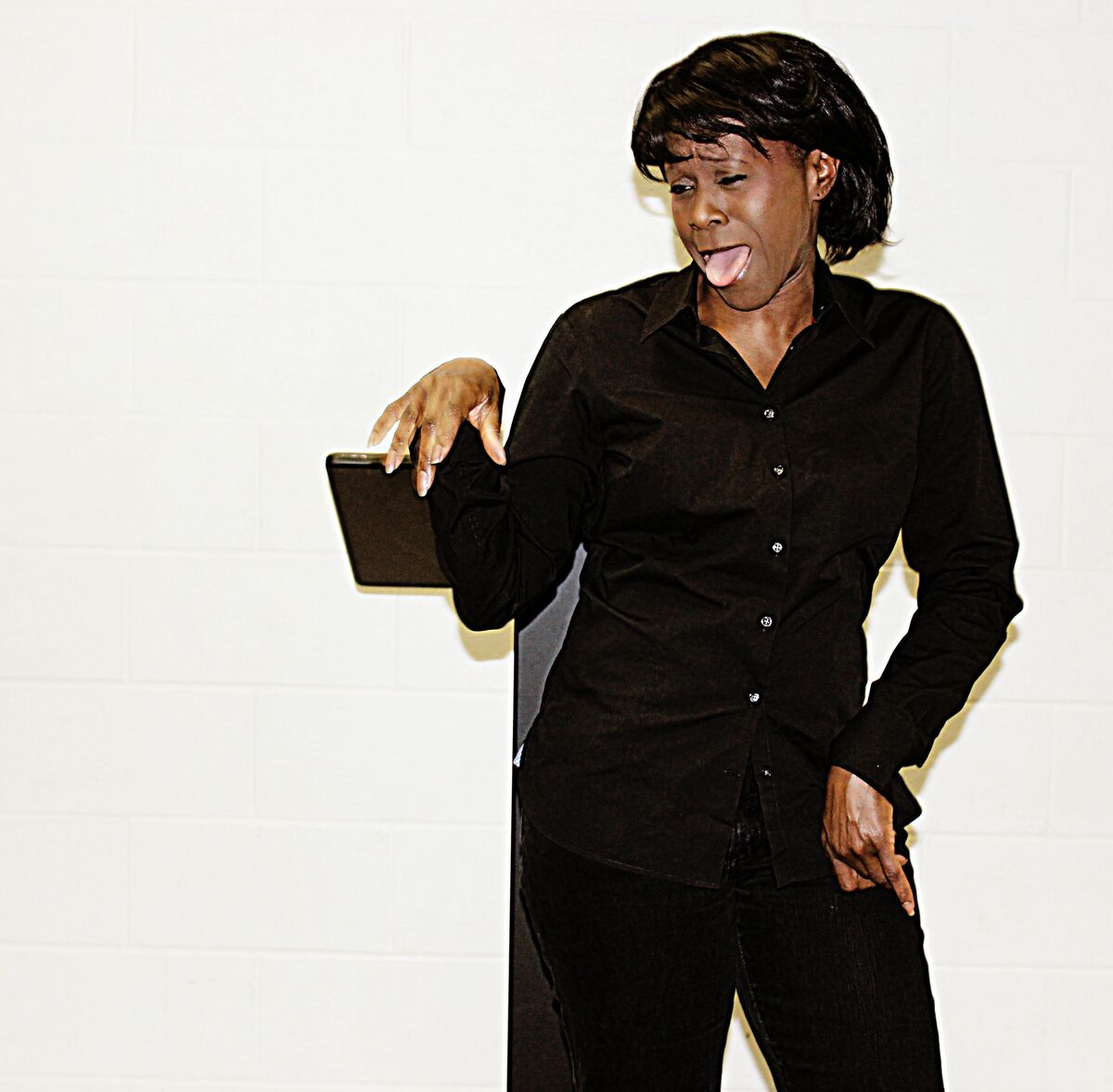 How long have you been living in Canada now?

How do you contrast the Black theatre scene in Canada vs the USA?

There’s just more productions in the states and more going on because the USA is larger. Moving to Canada, one of the things I looked for is a Black Cultural Arts Centre. When I first got here I was confused that there was not one united centre, there were fragmented ethnicities. So on the face of it, there seems to be more unity in the states. I feel like there, the Black theatre players connect more.

For example, I am taking the play to Atlanta in June, and already a Black attorney offered to distribute the information to his network.

Has there been an entertainer that has motivated you to become an actor?

You know, how I got into solo shows, it was seeing Whoopi Goldberg, doing her famous Broadway one-woman show, “Fontaine, why am I straight?”, playing different character monologues.

How did you come up with the concept for Desperate Church Wives?

Desperate Church Wives is actually my fourth one-woman show, but also my most successful to date. It was born from me being a born-again Christian, being in church and one day thinking, ‘we act like desperate church wives’. There was so much petty stuff going on.

Which character mirrors you the most?

A lot of the characters I play contain elements of me. Before I was baptized I lead a very different life. I did heavy drugs, freebased cocaine, did heroine. it’s scary to think that people I hung out with during that time are still addicted to drugs, or dead.

I felt like I wanted to make the show funny but still hit on some truths.

So a lot of the characters are actually like me in one way or another. The first one-woman show I did was called Bourgee-Bush Woman, so I know I can be judgemental. In my pre-baptism life, I was the fast-talking stripper girl. But the closest is grandma word because I love to speak the word.

How has the church received the play?

I didn't realize that when I wrote this script, that it would appeal to the Jewish community. When I did the show in may 2013 there was a rabbi in the audience, and she wants to hire me to do the show for the Rosh Hashanah, but it was around the same time as the labour day weekend, so we are working on doing it September 2014.

Even a gay actor friend of mine who came to the show loved it as well.

Ministers have been to see the show and liked it, and pastors supported it and thought it was bang on. A pastor hired us to do the show in Bolton after seeing the show in 2011. 2 pastors who were former bikers, who also lived the life of drugs, sex and gangs, could relate to the transformation for them as well.

How many times have you performed this play?

Outside of the Toronto Fringe Festival, I have performed this play at the Hamilton Fringe Festival, done it at a high school, churches, and my church. The churches hire me to do the play, which is a blessing. At least 4 or 5 times we have remounted the show.

I also know that you have acting classes? Tell me a bit about those.

I met Tasha Smith (from Tyler Perry’s “Why Did I Get Married”), and I purposely sought her out as she is Black, loves the lord and she is making it work for her in Hollywood. I went to her first acting class in New York, then Atlanta and Miami. She said, “you know what, you need to teach my classes up in Toronto.” When she first started teaching acting, only 5 people were in the class, and one student even asked: “if this class is good why is it not working for her”. Look at her now.

That motivated me to learn the methodology and start teaching classes here as well. Through my association with her, I have met so many amazing actors, people like Angela Bassett! 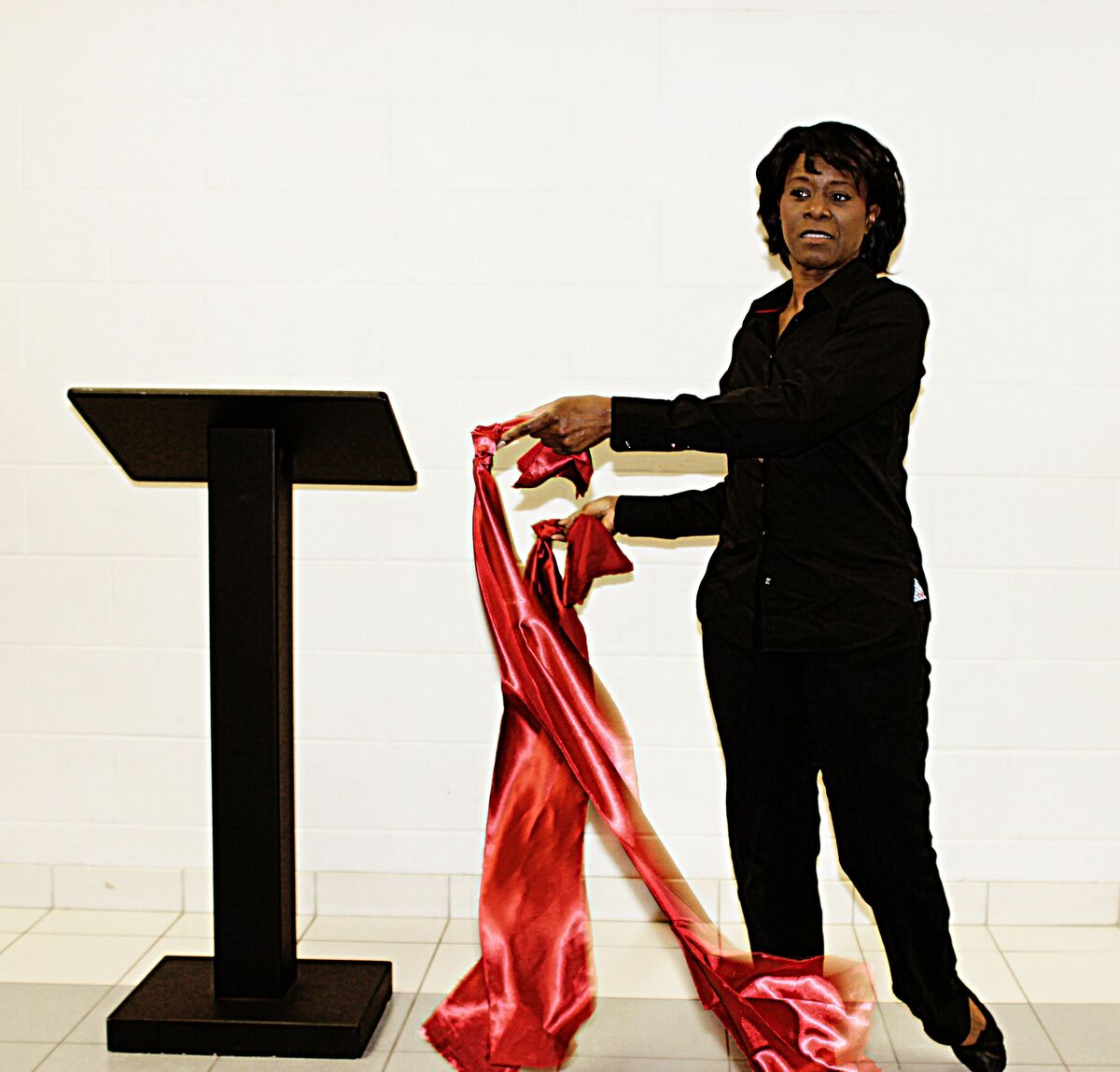 Theatre is a means to get exposure, my ultimate goal is doing TV. Most people do theatre because they love the art of acting and the instant gratification from the audience. I’m hoping to venture more into TV. Recently, I’ve been on the Listener, Warehouse 13 and Saving Hope. My first feature film, “The Rev” has been released in the U.S.

I just shot a commercial for Fallsview Casino, and currently out auditioning for TV roles and more commercials as well.

The person who did my script editing, Tananarive Due, is connected with Blair Underwood. We met years ago when I lived in Florida, and hired her to review the script. She is an award-winning writer, and there is talk about making one of her books into a film like 12 years.a slave.

What's the best way for people to get in touch with you?