By Marcus Medford
Published on Saturday, October 31, 2020 - 13:44
The Canadian Black Chamber of Commerce (CBCC) and Facebook Canada are collaborating on an initiative to support Black business owners and entrepreneurs. Facebook Canada has contributed $500,000 in funding to the CBCC’s new grant program which supports members of the Black-business community who’ve been impacted by COVID-19. The program was announced this week at the inaugural C2 Online event and coincides with Canadian Black Business Week. The grants are meant to help business owners and entrepreneurs strengthen their online presence and increase their capacity.

The launch of the program was announced by CBCC president, Andria Barrett, alongside the managing director of Facebook Canada, Garrick Tiplady. Barrett and Tiplady both addressed the fact that Black Canadian business owners and entrepreneurs have been disproportionately impacted by the pandemic. They also mentioned that Black business owners and entrepreneurs face additional barriers, such as systemic racism, which make it challenging to start and grow their businesses.

Barrett said having access to funding is critical for the Black business community, not only during the pandemic, but going forward. Barrett knows from working with Black business owners and entrepreneurs that being unable to access money or information on funding from institutions like banks is something that “comes up all the time.” Accessing funds can be more difficult for people who have been denied or had a hard time accessing them in the past.

A CIBC study from May revealed that 81 per cent of small business owners said the pandemic negatively impacted their businesses. More than 50 per cent of the respondents reported reduced sales during the first wave while 29 per cent had to shut down at some point. Many businesses weren’t able to recover before the second wave rolled around. Approximately 1-in-3 business owners believe that it’ll take 1-2 years to recover, if they’re able to at all. In places like Toronto and Winnipeg, a new set of lockdown restrictions has seen business owners sales decrease by as much as 70 per cent, according to the Canadian Federation of Independent Business.

In an effort to stop the bleeding, the federal government announced a slew of programs to help financially support people and businesses such as the Canada Emergency Wage Subsidy (CEWS) and the Canadian Emergency Business Account (CEBA). While many people and businesses were helped by these programs, many slipped through the cracks. The CBCC conducted a survey and estimated that 70 per cent of Black-owned businesses didn't meet the requirements to access CEBA funding.

Barrett applauded the government’s response to the financial crisis but had problems with the way funding was distributed. She was concerned by the amount and types of businesses that didn’t qualify for funding.

“I think this is a perfect example of why we always ask for a seat at the table,” Barrett proclaimed. “If there were people around the table who had influence or a say to help them come up with decisions on how to roll out the funding, to make sure they don't miss some of the businesses in our community, that would have been helpful.”

The CBCC categorizes businesses into three groups; small-business owners, large-business owners and micro-business owners. A microbusiness is defined as an enterprise with less than 9 employees. Many of the micro businesses Barrett has encountered were started by people still juggling a full-time job. Most of the responses and programs put forward are geared more towards large and small-sized businesses, leaving micro businesses with little support.

“They're not even on the radar. So it's been that much harder for those businesses when the pandemic did hit because there's no support or funding or acknowledgement of those types of businesses,” Barrett explained.

She went on to thank Facebook Canada for their contribution “because it will help the micro businesses get in a better place where they can do what they can to survive.”

Back in September, the federal government announced the $221 million Black Entrepreneurship Program. The program will provide Black entrepreneurs with loans from $25,000 to $250,000 to support their business. Three organizations responded to the government’s program with a funding program of their own. The MicroLoan Fund, created by the Afro Caribbean Business Network (ACBN) in partnership with SETSI and Empowered 4x helps business owners and entrepreneurs access funding ranging from $500 to $25,000.

In addition to the $93 million the federal government’s program will receive over the next four years, the program also includes implementing a new national ecosystem to support Black-led organizations which will include mentoring, financial planning and business training. Up to $6.5 million is going to create and maintain the new Black Entrepreneurship Knowledge Hub which is responsible for collecting data on the state of Black entrepreneurship in Canada. The hub will be run by Black-led community and business organizations in collaboration with educational institutions.

Prime Minister Justin Trudeau said “economic empowerment is an essential step toward breaking down barriers and creating true success,” when the program was launched. Barrett shares that opinion with Trudeau.

“I think of it as an opportunity. We haven't always had the same opportunities as other business owners,” she said.

Between the hub and the various programs being rolled out, Barrett believes we will see Black-led organizations that will empower entrepreneurs to become better and more equipped business owners. Barrett listed financial freedom and empowerment as high on her priority list as president of the CBCC.

Barrett doesn’t see any of the programs offered as the be-all-and-end-all solution for economic freedom for the Black business community, nor does she view it as the sole means of overcoming systemic racism.

“This will just help level the playing field and do what we can to get to where we need to go,” she said.

“If you look at a $10 bill you see Viola Desmond; she is not the exception. There is a long history of Black entrepreneurs across this country and right around the world. Black business owners just don’t seem to have a big enough presence in Canada.”

Black business owners and entrepreneurs interested in the Facebook-Canada-supported CBCC grant program can access the application online. Applications are open to CBCC members and the broader Black community. 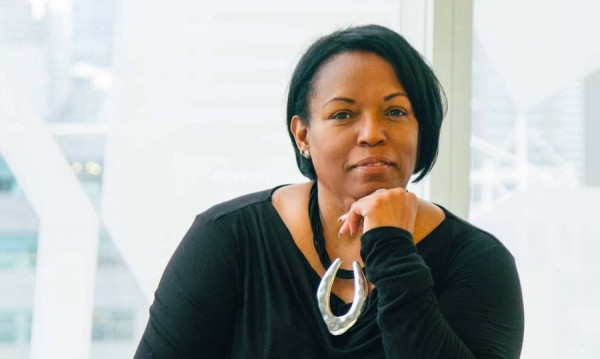 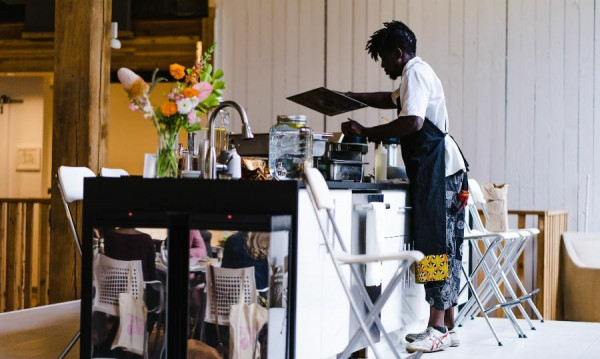