By Feleseta Kassaye Woldtsadique
Published on Wednesday, August 11, 2021 - 19:34
PHOTO: Mariam Moussa Agrei Immigration has long been part of Canada’s strategy to fill the roles of essential healthcare workers. According to the 2016 Census, more than 335,000 immigrants work in health-related occupations. Temporary foreign workers, permanent residents, and new citizens make up a significant percentage of the healthcare workforce in this country, even more so during COVID-19.

Long before the COVID-19 crisis, the Canadian Nurses Association had already predicted that Canada would experience a shortage of 60,000 nurses by 2022.

The pandemic introduced a dire need to start making change. At the height of surging COVID infections, Ontario started allowing some internationally-trained doctors to apply for a supervised 30-day medical licence to help fight the virus.

The government also launched a program for refugees working in healthcare. It allows refugee claimants to apply for permanent residence if they provided direct patient healthcare during the COVID-19 pandemic. It's primarily intended for orderlies, nurses, and service aides.

And a few months ago, Canada announced the creation of a new'pathway to permanent residency' for over 90,000 essential workers and international graduates who have been helping in the fight against COVID-19.

These big sweeping announcements sound great, but for people who work on the ground, there's concern about how these claims will actually be treated.

The refugee determination system uses refugee adjudicators through the public service. But when it comes to these gatekeepers, it can be a hit-or-miss experience.

Take refugee adjudicator David McBean for example. McBean reportedly rejected all 172 refugee claims he heard in his first three years at the International Refugee Board, primarily because he didn’t believe their experiences were real.

“It often boils down to a matter of luck. Some authentic cases may take years to be called while others are finalized in a matter of six months,” says Teklemichael Abebe Sahlemariam, a Toronto-based immigration lawyer.

Most of his clients come from Africa, particularly East Africa, and Sahlemariam witnesses firsthand the challenges they face. 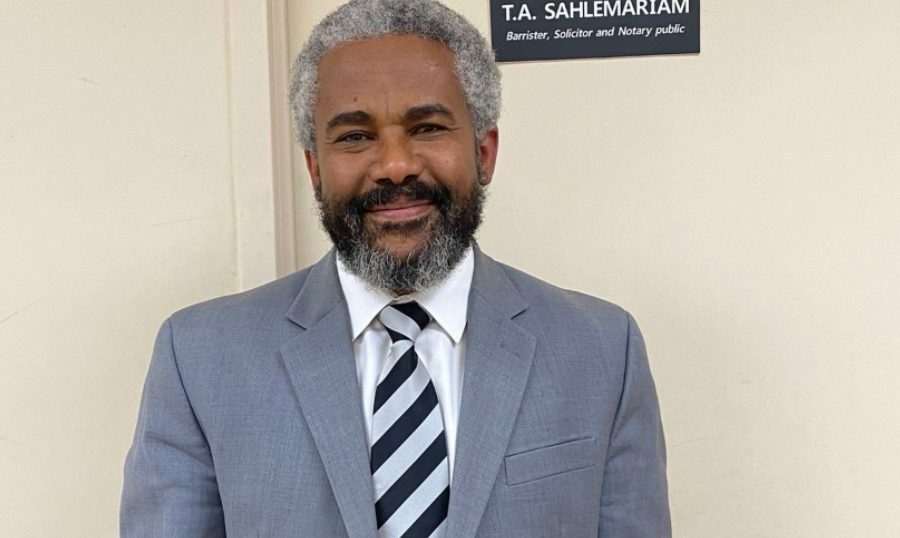 “For many of these people, we are not just their lawyers; we also act as their therapist to provide them with emotional support. Sometimes we are even their first source of shelter until they find a spot at a real shelter,” explains Sahlemariam.

Sahlemariam was once a refugee himself and is glad to see this new dedicated pathway created.

But Sahlemariam says he's seen many asylum seekers who face rejection in courts despite presenting authentic and credible documents to support their cases, while some people who don't have any evidence often get in easily.

As much as Sahlemariam enjoys the rewarding aspect of his work, it is also difficult for him to deal with situations where cases are declined.

“It is tough. People don't want to return to their country. Despite the risk of being persecuted, they may lose contact with family and friends after having spent years in other countries. This is why some people go underground and even develop mental health problems,” explains Sahlemariam.

Mariam Moussa Agrei is an asylum seeker who fled to Canada in 2016. A native of Chad and a human rights activist, Agrei was forced to flee her country because of forced marriage. Her initial refugee claim in Canada was declined in 2017, and her subsequent appeal was declined in 2018. Then, her Pre-Removal Risk Assessment (PRRA) was declined in September 2020 and her appeal for the PRRA was also declined in April 2021; changing to deportation in June 2021.

Agrei's experience with the people involved in the entire process has been extremely aggravating.

“He’s super rude. Every time I have an appointment, I wish I didn't have to see him. He knew about my hearing impairment but was not considerate at all,” says Agrei, recalling her experience with an immigration officer who was responsible for her file and appointments. “It's a new environment and a new country, and when you’re just trying to change your life out of fear for your safety it’s not an easy decision to make."

Agrei remembers the pain she felt after finding out that her case was declined and she would be deported amid the pandemic. “It was tough. I was already suffering from Post-Traumatic Stress and when I heard about the deportation, I even thought about ending my own life,” says Agrei.

Sahlemariam recalls during a hearing for one of his clients, the adjudicator got emotional and aggressive, slamming her fist on the table. Sahlemariam had to intervene and explain that she wasn’t allowed to do that.

“By and large, the adjudicators are humane, sympathetic and understand human rights, but some of them are not. On that particular occasion, what the adjudicator did was unprofessional, unethical, and biased against the claimant,” says Sahlemariam before adding, “asylum seekers are not looking for luxury, they're looking for basic human rights.”

He adds that refugees and refugee claimants are traumatized and persecuted in their own countries. They face a tough battle ahead. Adjudicators should, therefore, demonstrate sensitivity and respect. The law in fact requires adjudicators to be humane in their treatment. “They shouldn't decide against a claimant just because they doubt the validity of their story. This puts the claimant in great danger. Some adjudicators, when they are in doubt, decide against the applicant,” Sahlemariam explains.

The other challenge Sahlemariam mentions is adjudicators failing to do their homework and making their decisions based on false information. “The political situation of some countries is very dynamic but the adjudicators may not update themselves about these situations or the information they have may not be up to date,” says Sahlemariam. “But they still base decisions on that.”

Some adjudicators also reject cases because of minor spelling errors on documents from non-English speakers. In addition, some adjudicators don’t care to learn about the cultural differences of applicants and are not mindful enough to know that some countries do not have digitalization. They expect formal documents for everything.

“Some adjudicators are very strict about documentation requirements but not everything is documented in some African countries,” Sahlemariam stresses. “Besides, some processes like adoption are mostly done socially, moreover, some countries have a different calendar.”

Agrei's case was declined in part because she couldn’t provide evidence that is difficult to procure. “I couldn't get most documents from Chad, such as police reports, because people are afraid to send them to me. Sometimes cultures and systems may differ within a country, so you cannot put everyone in the same box,” Agrei argues. “It’s not fair.”

Her case was also declined because her home country isn't in a state of war and it was deemed to be safe for her return.

“By the time I was being deported, the president had just died and there was a fight between the rebels and the government in Chad. Since I came to Canada, I’ve been more outspoken against the Chadian government so I fear the government,” says Agrei. “On top of that, I seek safety from certain people living there who were forcing me to marry a man I don’t want to marry.” She believes that a lot has to be changed in the Canadian immigration system.

“It's easy to make sweeping assumptions about a system when you only have an outsider's perspective. Adjudicators need to undergo cultural sensitivity training that can even be facilitated by immigration lawyers themselves,” suggests Sahlemariam.

Another issue is the difference between adjudicators who have a background in law and those who don't.

“Sometimes you notice the difference. Those with legal backgrounds focus on relevant issues, while others waste time on irrelevant issues. They often confront the applicant and doubt their story,” explains Sahlemariam.

He believes the adjudicators’ role should be to make decisions based on evidence and facts, not to guard borders.

Sahlemariam also discusses the problem of interpretation. “This is a chronic problem,” he says, “some of the interpreters are incompetent and they get offended when we try to correct them.”

Many of his cases are declined because of a problem with interpretation and some hearings are cancelled due to incorrect interpretation.

However challenging it is, Agrei is grateful for coming to Canada and hopes for a positive outcome to her case. “It’s tough but I won't give up hope that my humanitarian and compassionate application and my PRRA are accepted. I don't want to be forcefully married at home. It's a nightmare for me. Canada is a safe and calm place for me,” she says.

She extends gratitude to all her supporters who started a petition for a stay on her deportation. “I wish the world would come together for a just cause and speak against cruelty. I am very grateful to the community who has helped me,” says Agrei.

Agrei volunteers for many initiatives including the United Nations, YMCA, and different refugee shelters. She advises newly arrived immigrants to do more volunteering and get involved in the community.

Sahlemariam arranges a mock refugee hearing session for his community members to prepare them for their hearings. He suggests community-based institutions have a dedicated department in their structure to support refugees and new immigrants of their community.

"Today's refugees and newcomers will become tomorrow's resources and will have a significant impact on all political, social, and economic aspects of the country. They should not be underestimated and we must support them in any way we can," says Sahlemariam. 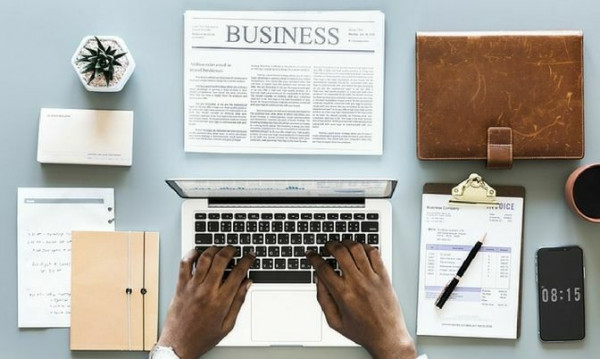 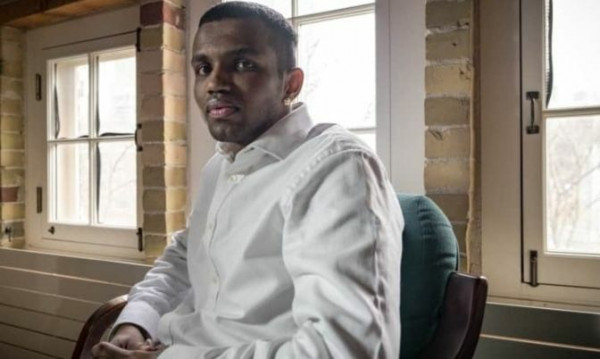