By Feleseta Kassaye Woldtsadique
Published on Saturday, September 11, 2021 - 15:39
The New Year has always been a time for new hope and Ethiopians get them twice a year - the first one is on January 1st (Gregorian Calendar) and the other falls on either September 11 or 12 (the Ethiopian New Year). We'll be celebrating the Ethiopian New Year (2014) on September 11, 2021. I don’t want to be a pessimist, but I'm not sure if we can make the occasion feel special while Ethiopia goes through war and atrocities.

“We used to celebrate the Ethiopian New Year at our house and as a community at Christie Park in Toronto. But this year might be different as many lives have been lost and displaced in Ethiopia. It's difficult to celebrate when the climate is this sombre,” says Esayas Teshome, an Ethio-Canadian living in Toronto. He believes this moment should be used as an opportunity to raise funds to support the victims of the war, the national defence force, and others fighting for the country's survival.

“How could you celebrate a holiday when you are not sure if your family has enough food to survive?” says Hermela Gessessew, an Ethiopian-born Torontonian, whose families are in Tigray, the northern region of Ethiopia.

While the rest of the world has been struggling with COVID-19, for almost two years, it's been a traumatic time for thousands of Ethiopians as they face countless atrocities and brutality in addition to the pandemic.

The country’s situation has been deteriorating for the last three years, primarily due to the ethnic federalism imposed on the people, as many of us believe. Living in Canada, a country where the rights of humanity are respected, it feels painful to hear about violence against humanity especially children, women, the elderly, and the poor without any prospects for justice. I've come to detest news feeds that report one horrifying incident after another. I dread opening the phone every morning because of the potential heartbreaking news.

So many painful incidents have occurred. Case in point is the widespread persecution of the Ethiopian Orthodox Tewahido Church. The genocide against the Amhara people is another horrific event the country has to deal with. We cannot forget the Dembi Dolo University students (most of whom were girls) who disappeared on their way home. Their whereabouts are still unknown. Mob justices have been carried out in different parts of the country.

Furthermore, the unjust imprisonment of Eskinder Nega (a well-known Ethiopian journalist, a human rights activist, an advocate for press freedom, and a political leader) and several leaders of the Balderas for True Democracy party shatters our hopes for the country. When I think of people like Eskinder, I think we failed them. We cannot afford to sit in silence while Eskinder is held captive as a prisoner. This is an assault on Ethiopia's democracy and justice system. A country that unjustly imprisons innocent people for a crime they did not commit is far removed from democracy. We need justice for Balderas Leaders!

I don't have the time and courage to discuss all the painful things that have occurred during the last three years. But 2020/2021 (2013 according to the Ethiopian calendar) has been one of the worst years for the country and it has been a tough time for all Ethiopians around the world. This is because of the war between the federal government and the Tigray Regional Government, which is controlled by the Tigray People’s Liberation Front (TPLF/TPF). After months of feuding between the federal government and the regional government, the war started on November 4, 2020, when TPLF/TPF forces attacked the Ethiopian National Defence Force bases in Tigray.

“The situation has been deteriorating for the past several years but things have gotten even worse since the war started in November. Thanks to technology, I have been able to follow news updates. This wouldn't be possible without the internet. It's good to stay informed but life becomes hard when you hear so much horrible news,” says Teshome.

Gessessew hasn’t heard from her family in Tigray for the past three months and always cries when she sees her friends talking with their families. “Since the war broke out in Tigray 10 months ago, I haven't been able to function properly. I'm also averse to opening my phone out of fear of receiving bad news,” says Gessessew. She wishes for peace and to talk to her family on facetime. “I want to see their faces and learn how they are doing. That is the only thing that keeps me going. I miss them a lot.”

Temesgen Feyissa, an Ethiopian-born Torontonian, recalls how worried he was especially at the beginning of the war as Tigray was out of the internet. "I was worried about my friends in Tigray.

There was no communication from them during the first three months and banks were not working. So, I couldn't even send them some money to buy food and other basic things," says Feyissa.

Feyissa feels sorry for the Tigray people as they fall victim to the pointless conflict as well as for being robbed, killed, raped, and displaced by troops from another country with full support from the Ethiopian Government.

“No decent human being is capable of this level of brutality,” says Feyissa. He also condemns the violent actions of the TPLF/TPF against the Amhara and Afar people. “This act should be condemned. It's destroying the country and escalating hostility among people of the same nation,” Feyissa states.

Teshome kept his hopes up for a better Ethiopia but things look grim for the country. “Why are they solving political issues with war when a simple negotiation can suffice? Who is to be blamed? The TPLF/TPF needs to be held accountable,” says Teshome.

He strongly believes that TPLF/TPF's extreme nationalism and violation of the national constitution, which they ratified, are the root causes of the conflict. Teshome also blames the cultural background of TPLF/TPF that systemically oppresses individual freedom and thinking. “The TPLF has a longstanding problem of criminalizing individuality,” Teshome affirms.

Gessessew is worried by the hostility among the Ethiopian people, especially in the diaspora. “I don’t expect others to understand what I feel but at least they should try to respect my feelings,” says Gessessew.

According to Feyissa, the only solution for Ethiopia is national reconciliation. He also wants the Ethiopian diaspora community to know and play its role properly.

“Our people deserve peace and the politicians must negotiate peacefully. Besides, we should be able to differentiate the people from their hypocritical and dictator leaders and politicians. For instance, TPLF/TPF is different from the Tigray people," Feyissa affirms.

Feyissa advises the Ethiopian diaspora in Canada, and elsewhere in the world, to utilize its resources to help Ethiopia and Ethiopians with remittance, technology transfer, and inculcating the values of a democratic culture.

Teshome hopes for Ethiopian politicians to resolve their differences through discussion. “We must get out of this circle of war. We should avoid this violent political culture and be able to discuss and negotiate,” says Teshome before adding, "Elites and leaders whether they are political, community, religious, or others play the main role to bring an end to the problem."

He mentions the example of Canada as it becomes more multicultural and inclusive due to the role of leaders at different levels. “I’ve seen many changes in Canada for the past three decades. They are becoming more inclusive. This is because they have strong leaders at different levels,” says Teshome. He stresses that it's time for Ethiopia to have farsighted and positive leaders who preach love, cooperation, tolerance, and peace.

Is there light at the end of the tunnel? I hope we can live up to the expectations and legacy of our wise forefathers - Emperor Menilik II, Ras Mekonnen, Emperor Haileselassie I, Fitawrari Habte Giyorgis Dinagde (Aba Mela), and others in 2014. I hope 2014 becomes a year of reconciliation and justice. Let famine, war, and hostility vanish from that land. Let 2014 be a year for Ethiopian children and youth to be productive by returning from war to education and rebuilding the nation. Let 2014 be a year where we only hear of peace, love, and tranquillity.

I would like to conclude by citing the renowned Ethiopian philosopher, Zera Yacob, “An action’s morality is decided by whether it advances or degrades the overall harmony in the world.”

Failures & Forgiveness — Black Fathers Need To Get Comfortable With Both 01 June 2021
Who Was Trudeau Thinking About When He Called A Snap Election? Not Us. 22 September 2021 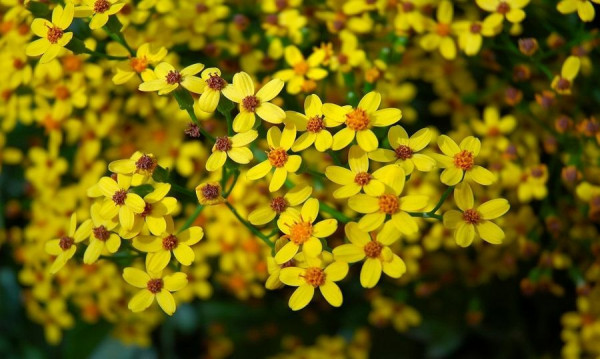