Soul On Ice: Filmmaker pays homage to Black Hockey Past, Present and Future

By Camille Dundas
Published on Monday, February 24, 2014 - 07:44
Kwame grew up in Toronto playing hockey in the streets like most other Canadian kids.

But one incident made him realize his life experience would be different from all of his friends. “When I was 7 years old I was out playing hockey with my friends and everyone would choose their favourite NHL player and pretend to be that guy, and I said OK I’m going to be Guy LeFleur and my friend said to me no you can’t be Guy LeFleur because he’s white,” recalls Kwame.

It was only decades later in 2005 when Kwame was working as a radio host in Edmonton that he would get closely acquainted with the sport and realize just how much he had to learn. “Edmonton is a big hockey town, as a radio host I had access to a lot of hockey games and I became friends with a lot of the players. And I started to watch the game with a different eye. The first thing that dawned on me was how come there are still not a lot of Black players in the NHL? I started doing some research and I came across all of the different stories about Willie O’Ree and Herb Carnegie and the Colored Hockey League of Nova Scotia. And it really blew my mind! I thought wow, how come I never knew any of this? I printed out a bunch of stuff and put in a folder and I thought it would be cool to do a documentary about this,” says Kwame.

About two years ago he dusted off that folder when he realized he needed a career change. "I had worked at radio stations across Canada and I felt that my career was not progressing, so I decided to take a chance. I've always wanted to work in film and television and I thought if I'm ever going to do it the time is now and I had the first project I wanted to work on," says Kwame.

When he looked back into his folder of articles, he started with Herb Carnegie and calculated his age at the time was 92, and realized he needed to act fast if he was going to start this documentary. “I was very nervous because I mean, I had never made a film before. But I returned to Toronto and contacted his daughter Bernice Carnegie and she agreed to arrange it,” says Kwame.

Herb Carnegie is regarded as the greatest hockey player never to play in the NHL simply because he was Black. What was the interview like?
It’s very emotional for me to even talk about it, because of how it all happened. When I spoke to Herb Carnegie that was my first interview for the film, and it was his last interview, ever. He died a week and a half later. He had dementia and there were many things he could not recall. But what struck me is the one thing Carnegie never forgot... was that he was denied the opportunity to play in the NHL.  He could recall a time when he was in Maple Leaf Gardens practising. This is in the late 1930’s. And the owner of the Leafs, Conn Smythe watched him in awe and said he would sign Herb up tomorrow if someone could turn him white. As much as Herb was able to accomplish in his life, I don’t think he was ever able to let go of that disappointment. It’s just very sad.

What impact did that interview have on you?
After the interview I was very excited to get the ball rolling, but it was bittersweet. I’m grateful to have spoken to him before he passed and it just makes me determined to finish the film to honour his memory. I have had his picture as the screensaver on my computer ever since. So when it’s rough I look at that and get inspiration.

What’s been the hardest part of this whole process?
The hardest part has been financial. I’ve used all of my own money to get the film made. I haven’t worked in two years, just to focus solely on the documentary. My savings are definitely drying up! Getting people to believe in what I’m doing is harder than I thought. I know I’m no Michael Moore and this is my first project but I’m hoping people recognize it’s a great idea.

You were able to raise a bit of money through an indiegogo campaign, what were you able to accomplish?
That money allowed me to travel to Montreal and Nova Scotia to do some interviews with people like George Laroques, who has really been through a lot. I’ve also been able to interview Grant Fuhr, the first Black player in the Hall of Fame, and winner of 5 Stanley Cup Championships. What struck me the most is the lack of bitterness from players such as Kevin Weeks and Joe Ward, who are also featured in the film. These guys have had people throwing bananas at them on the ice, calling them the n-word and monkey. But they just brush it off and use it as motivation. The money raised through the Indiegogo campaign will also allow us to travel to New York as well as Nova Scotia to conduct more interviews that are needed. I'm hoping that we will be able to stretch it out the best we can because I'd also like to shoot some interviews in LA and Atlanta.

Why is this film so important to you?
I’m a Canadian and I love hockey. I don’t understand why more us are not playing at a higher level. And for the guys who are playing at the highest level, nobody talks about them. Nobody gives them the props they deserve. Players on the Toronto Raptors get so much attention and they’re not even Canadian. We have these amazing homegrown athletes here, PK Subban, Joe Ward and they do not get the same amount of love or appreciation. And I am so proud of them. I can’t imagine what it’s like to play a sport you love and look up in the stands and you don’t see your people supporting you. This is why this film is so important to me. If I was a kid playing hockey with my friends now now, yes I would be able say hey I wanna be PK Subban. But how much of the history do these kids know? Do they know that Black goaltenders where among the first to play a butterfly style? Do they know they were using the slapshot before there even was a name for it?  The history of Black players has been pushed to the side and I think that's a shame. How about we talk about ALL of the game’s history? I will try my best tof fill that gap.

The indiegogo campaign is now closed. How can people help make the film a reality now?
Facebook.com/soulonicemovie or if you like to help out you can always email me This email address is being protected from spambots. You need JavaScript enabled to view it. . I would love for an angel investor who believes in the importance of this story to our national history to come on board. This story is bigger than me.

Click here for additional background and video on the project. 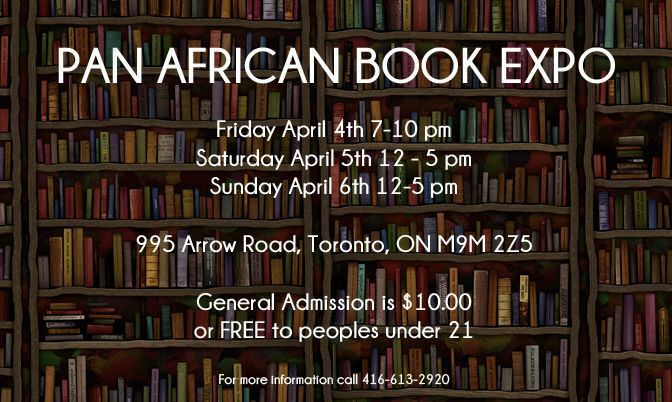