By Hillary LeBlanc
Published on Friday, September 2, 2022 - 18:19
Karen, the matriarch of Ferron Family Farms, never saw herself as a farmer, let alone a member of the only Black farming family in the entire province of New Brunswick.

However, her husband Al had a dream, and she supported him, leading her into a new industry and region that was not as welcoming as they had hoped.

Karen immigrated to Canada at age 10 from Jamaica and completed her education in Edmonton, Alberta. After finishing college, her first career opportunity was working for YWCA (Edmonton) as a Fundraising Assistant.

“My career was geared in this direction, so the next step was to return to school for Marketing Communications. This opened the doors to career opportunities at Grant MacEwan University. I moved on to various Fundraising, Public/Alumni Relations and Development roles at the University of Alberta and later at the University of Toronto.  I moved to Toronto in 2001 with my daughter when my parents returned to Jamaica. This was my chance to make a life change and be closer to my family.”

Little did Karen know that moving to Toronto would also have love at her doorstep. Karen met Al Ferron in 2002 when a false fire alarm went off at 1:00 am.

“As protocol, all the tenants had to go to the lobby. I realized he was staring me down, and our eyes met. Now we’ve been happily together for over 20 years, with our four children.”

Before meeting during the fateful fire alarm, Al had grown up in Porus, Jamaica, with his late Grandmother, who taught him to farm. This was his source of funding to pay for his education and school fees in Jamaica. Al immigrated to Canada as a young adult in 1998, working in the trade industry until he started working with the Toronto Transit Commission (TTC).

While in Toronto, Al introduced Karen to his love of food, cooking, and markets.

“Al won me over with his love for natural food and joy of cooking. In Toronto, he introduced me to the markets and cooking with ethnic spices and produce from the Islands. He would take me to the farms to buy his produce in the summer and the Amish farms to buy our goat meat and chickens. Food never tasted so good other than when I would visit Jamaica."

"Every home we lived in had a garden, and Al would plant his vegetables and herbs. He shared stories of his childhood in Jamaica with his grandparents farming.  His goal was to one day have his own farm to provide natural food for his family and people. Al always shared his food with friends, family, and neighbours. I remember one neighbour telling me how fortunate I was to have a husband like Al and that my children and I would never go hungry.”

For Years Al tried to convince Karen to go in together to get a proper farm, though Karen wasn’t ready. Karen was unsure of the affordability of a farm in Ontario. But when a friend moved to Nova Scotia and acquired more affordable land, Karen and Al started looking at farming properties outside Ontario.

“During the COVID lockdown, he would pass his time looking at farming properties in the Atlantic. When he showed me the prices, his eyes would light up, talking about making a go at farming. I told him this time, I fully supported this venture. He started researching farm properties in the Atlantic because it was attainable, and Ontario property prices were soaring and not in our price range. He saw a property in Nova Scotia and New Brunswick that we could afford; we eventually chose New Brunswick when we saw this beautiful property we felt had potential.”

In 2021, Karen, Al and their children moved from diverse Ontario to rural, calm, white-centric Long Settlement, N.B., during the pandemic. The Ferron children had mixed feelings over the move.

“Our children were somewhat on the fence, but my son Jaheil was willing to experience living in a different province. My daughter, Mekeda, loves animals and our agreement to get her horses won her over. Angelieka only wanted wifi and asked if we could take our house with us. Their experiences since moving here have been challenging, being the only Black children in the school’s social makeup. They felt ostracised, being harassed with racist jokes and not feeling welcome because of the colour of their skin.”

Learning to farm has been more complicated than Karen anticipated, but Al was fully prepared.

“I must admit, I came into this naive.  On the other hand, my husband was more prepared with his knowledge of farming from Jamaica.  I thought we just had to get the farm and fill it up with animals. Not so! We had to get educated. Our first step was researching the culture of farming and getting professional consultation. We reached out to the N.B. Ministry of Agriculture, which helped us with a road map to farming. Farming is a regulated industry with proven science in agriculture and raising livestock. It entails legislation, administration, permits, and so on. We are taking it in our stride, knowing that we will make mistakes, believing the best mistakes are the ones we learn from.”

On top of learning the ins and outs of farming, Karen shares her shock at the racism they have encountered.

“First, I must say it is a beautiful province; the landscape and scenery are breathtaking. We love the solace of a calmer pace of living. With that said, we were certainly in disbelief at how the culture and some people's attitudes towards us have been behind the times.  We generally encounter people who want to meet us, and some truly support us.  At the same time, too many have a racist attitude towards us moving here and make us aware that we are not welcome.”

“We are the obvious Black family in the room, at a gathering, on the route we live, and my children are the only Black children in their classes. My children feel shunted at school, are called names and are not invited to major graduate events by other students. A farming officer withheld grant information from us, making it difficult to get our products. Consultants have overcharged us and given us a quote and invoice for payment of 60% more than what was quoted. People have stolen our garbage bin off our property and taken down our signs. We've had individuals steal our lumber because they felt entitled. I believe that if we were white, they would not have felt they could do this. The community we live in does not support our business; they do not buy our products even when it's cheaper, and I advertise them as such. However, we do get business from the neighbouring towns and cities."

While it is obvious that this hatred and pushback stems from the Ferron family being Black, they have also told me some people want “Ontarians to go back to where they came from.” Other community members also seem to dislike the Ferron family for the wrong reasons.

"Well, after my husband left a farming meeting he was invited to, one farmer told another farmer that he doesn't like so many Muslims moving here. But, of course, he was ignorant because we are not Muslims, and he associated Muslims with having dark skin."

“Our goal is to see our name in grocery stores and our products have the reputation for best quality and taste. We come from a heritage of strong backbones; our ancestors were survivors. We are determined to succeed, passing on the Ferron’s legacy to our children.”

How United Colours Of Fashion Is Introducing Cultural Appreciation To St. John 18 May 2022
Blaxpo, A Black-Focused Career Expo Is Ready To Find You Your Dream Job 29 September 2022 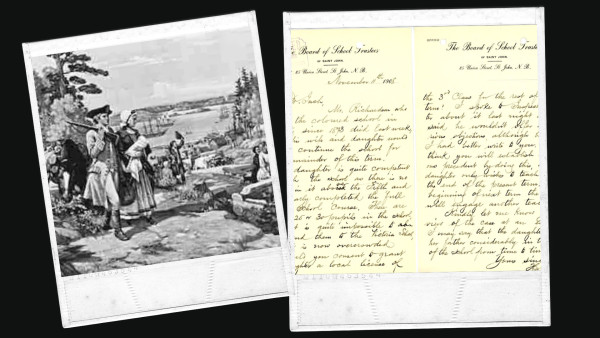 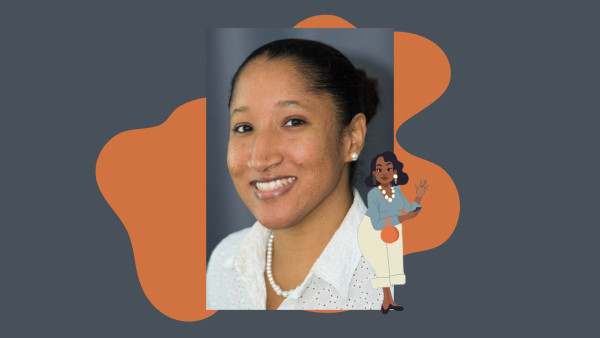