By Tashon Daley
Published on Wednesday, April 21, 2021 - 11:05
Photo: Canadian ecologist Maydianne Andrade known for her work on the mating habits of spiders. Photo by: Nick Iwanyshyn A network that connects Black Canadians in STEMM plans to hold national conferences annually to celebrate and promote them. “So, that’s going to be called the B STEMM conference,” said Canadian Black Scientists Network president and co-founder Maydianne Andrade. The name of the conference stands for ‘Black excellence in science, technology, engineering, math and medicine.’ Andrade, like the others who make up the network, is a Black scientist. She specializes in evolutionary biology.

The conference will take place annually over a four-day period. “The first three days emphasize Black excellence and research,” says Andrade. People from all communities will be invited to attend as the event will be held virtually. “Even internationally, you can come and hear from Black researchers.”

Andrade also said they structured the conference to include networking opportunities and a career fair. This is in response to requests the network gets from people looking to hire Black Canadians in the STEMM world. “People are now saying ‘we want to hire Black trainees, postdocs, faculty… anything to do with STEMM ,” said Andrade. “(And) we’re going to invite them all to this career fair.”

Andrade is most excited about the last day, which the network plans to call Justice for Blacks in STEMM summit. “We're having a series of engagements where we're going to invite leaders across sectors for one session to talk about programs they have in place. The event will focus on what these leaders learned in terms of what works when it comes to engaging Black Canadians in STEMM. The focus is on how to “shift the needle on representation”.

“Field biologists and scientists still make up a small amount, even within the Black and STEMM community,” says the international, master’s student. “I actually think that is deserving of a dialogue.” Kirton is from Australia and studies how deer and hunters share space in her master’s program. She is currently setting up another network specifically for BIPOC students in field science and biology.

Though the Canadian Black Scientists Network submitted its first grant application for the national conference, they already have strong backing from partners like the University Health Network (UHN) in place. “It (UHN) is going to engage with us for the leadership in STEMM summit,” said Andrade. The Black North initiative also agreed to send representatives. “We also have the Toronto initiative for Diversity and Excellence, which I co-chair,” said Andrade. The initiative has been doing education in bias and recruitment in academia since 2016 and the University of Toronto.

Though their many events are aimed at November 2021, Andrade says their current goal is making the network visible. “What we’ve been doing up until now is just visibility, visibility, visibility,” said Andrade. “And in the current context, you can do that without much money as long as you’re willing to put in the time.”

Efforts are paying off as the network is getting new registrations by the day and other organizations and institutions have been reaching out to them. One of these organizations being the National Research Council (NRC).

For events they held in honour of Black History month, NRC reached out to the Canadian Black Scientists Network. “They said ‘can you come and do a panel to describe your network and also send some of your members?’,” said Andrade. “They wanted to make sure that BIPOC were represented.” The panel would be on women in science.

Andrade said this was one of the events that helped gain even more attention to the network. “That started our visibility with the federal granting agencies.”

The strive for visibility is what started the network itself. For Andrade, being a part of the Canadian Black Scientists Network was rooted in her experience of not being around other Black Canadians in her field. “We knew that Black folks in academia and in science, in particular, were hurting in terms of no colleagues in most contexts,” said Andrade.

This inspired her and other prominent members of the organization to create the network. Now, the Black Canadian Scientists Network has become a way for Black Canadians in STEMM to reach out to one another. It has also become a tool for building a brighter future for others aspiring to take the STEMM world on. 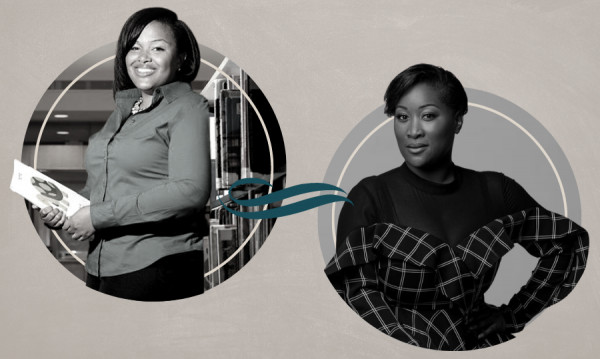