The Incursion Explores One Of The Deadliest Events In Jamaican History

By Teneile Warren
Published on Monday, September 17, 2018 - 11:29
For her first film, emerging documentary filmmaker Sasha-Gay Lewis chose one of the most tumultuous moments in recent Jamaican history as her subject: The Tivoli Incursion. It is an official selection of this year’s staging of the Caribbean Tales Film Festival in Toronto.

On May 24, 2010 800 soldiers and 370 police officers forcefully entered Tivoli Gardens to apprehend Christopher “Dudus” Coke. The Notorious Coke was the leader of the “Presidential Click” and “Shower Posse” gangs.

Coke inherited the gangs, and by extension, the kingdom of Tivoli Gardens from his father Lester “Jim Brown” Coke. The security forces were executing an extradition request for Dudus to face charges in the United States. Tivoli Gardens, a well-known inner-city community, has been ruled by the Coke family for more than 50 years. The security forces had no actual evidence that Coke was in the community at the time. The people of Tivoli, familiar with police prepared to protect their community (and some might say out of loyalty to their caretaker, benefactor and community leader) by posting blockades at each entrance to Tivoli Gardens.

In The Incursion, Lewis challenges the narrative we have long been told about the Incursion. The Tivoli Incursion was preceded by nine months of national political turmoil, a Prime Minister caught between “right and loyalty”, and a country that has never been fond of caving to the demands of Uncle Sam. Lewis challenges this narrative by ignoring it all together. Instead, she tells the story of the people of Tivoli. Through Annette, Joan and Chris, we enter the past and the present simultaneously. 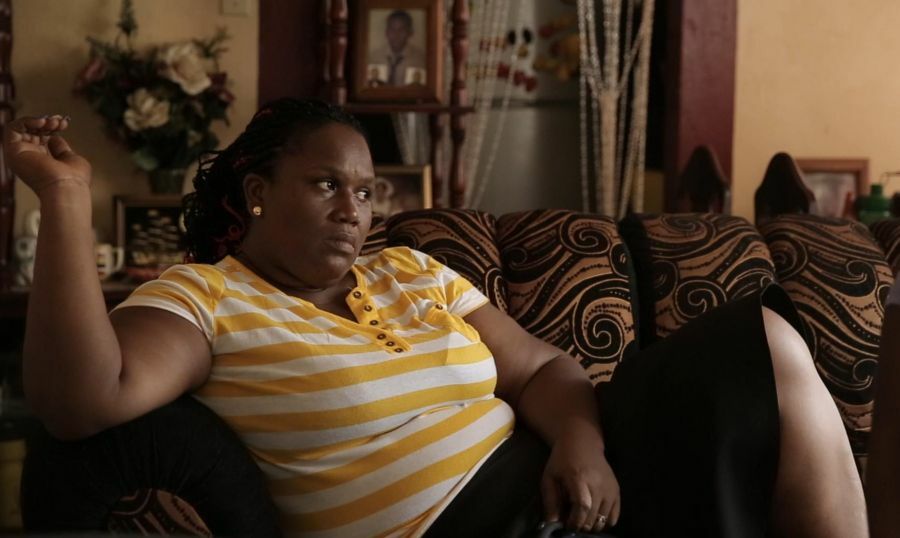 The guilt of surviving what took place on May 24, 2010 is palpable, experienced through the film’s every breath, especially when Annette tells the story of hearing gunshots outside the window. As the sounds came closer and closer, she huddled with her young son behind the couch preparing them to die together. While they both made it out alive, her sister was killed.

In determining how she would tell the story Lewis says she is more interested in the story not being told. “Jamaicans are always so quick to judge those living in the ghettos – which in Jamaica happens to be the masses by the way. Places like Tivoli, Denham Town, Jungle and West Kingston, in general, are created for a reason, and the keyword is created. There is the rich and the poor, the uptown and the downtown, the politicians and the pawns, and West Kingston has always been a political pawn. As Marlon James said in his amazing book A Brief History of Seven Killings through his character Papa Lou “making things right is hard work. Harder than crime.”

The Incursion has begun the process of making things right for the people of Tivoli. It has given them a face, restored their identity, dignity and humanity. Lewis believes the film helped to prompt the current Jamaican government to issue an apology, two years after the Tivoli Inquiry. As a Jamaican who was still living in Jamaica during The Incursion, I am inclined to agree with her. The inquiry has only yielded an apology to the people of Tivoli. Joan, Chris and other residents of Tivoli Gardens have yet to bury their loved ones. They haven’t seen their bodies since the soldiers removed them shortly after killing them.

“I believe there was a four-day standoff because the people of Tivoli did not trust the security forces and most importantly because they feared for their lives. The police were expecting to fight a large battalion of people because at the time there were a lot of rumours of gunmen coming from across the island. Equally, members of Tivoli Gardens barricaded themselves into their own community in expectation of such a battle."

"Stockholm Syndrome? That’s a tricky one. It depends on who you consider the captor to be – Coke or the Government? Coke was a bad man but he was also a provider and a protector for many Tivoli residents. If someone was coming to remove your provider and protector, wouldn’t you try to delay that process as long as you can? Coke was very much the victimizer but wasn’t he also a victim? The police feared Coke, so too did residents of Tivoli. All were pawns in the political chess game that the Incursion was. I interviewed a psychologist that was hired by the Ministry of Health and the Ministry of National Security initially to provide fairly immediate counseling and therapy to some of the members in Tivoli shortly after the Incursion, and she describes the situation as the perfect storm. I tend to agree with her.”

By the way, the residents of Tivoli challenge the official death toll of 70 civilians. They claim it is much higher.

You can watch The Incursion on September 19, 2018 at The Royal Cinema as a part of Redemption Tales, a night of Jamaican films. Click here to buy tickets.

Teneile Warren is an artist with her hands. A chef and a playwright; she believes our words and our food are more intertwined than we think. She is the co-owner of nyam Revival Kitchen and a community advocate. She lives in Kitchener, ON with her wife and three “furbabies”. Pronoun: she/her Follow Teneile on Twitter. 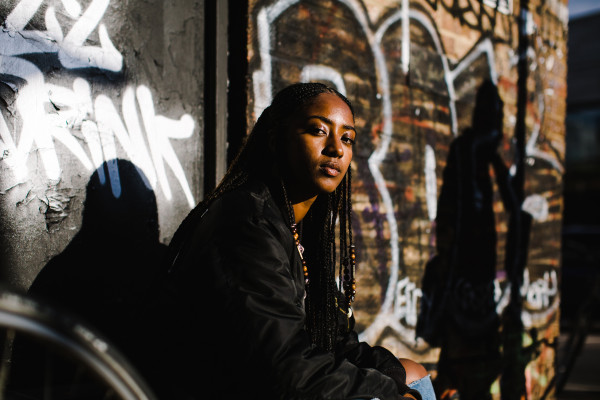