By Ann Marie Collymore
Published on Thursday, June 23, 2022 - 21:52
We hear derivatives of these musical sayings all the time. For example, “music makes the world go round” or “music washes away from the soul the dust of everyday life.” And another one of my favourites is “music is a universal language.” The latter holds accurate one thousand times over.

Have you ever watched a video of a famous artist performing in a concert in a different country? Especially where English isn’t the audience’s native language? It’s no doubt that it’s a connector, and it’s also phenomenal to watch.

Simply one song can transport you back to a moment in time when you jumped a fence and nicked your knee while being a carefree youngin’. Music is a constant in our lives when we reminisce about a time that will live forever free in our minds. If you ask Black Canadian choreographer Hollywood Jade, he would say it is the critical component of his exceptional career. While one may think it was dance that catapulted Jade into the stratosphere of choreographer, it was music all along. At an early age, he realized that he could affect people through music and movement. The catalyst? His rendition of the Running Man to Snap’s “I Got The Power” during his first dance competition. People were mesmerized and enamoured with his performance. And yes, he won—hands down. “At that moment, I was like, this is what I want to do. I want to make people feel that way. So yeah, I think it was music that triggered the dancing, and then I found the balance between the two.”

Via music and finding a career balance, Jade found his community in dance. He was and continues to be a natural vessel for choreography. Jade went on to dance in videos and choreograph work with big names in the industry like Keisha Chante, Snoop Dogg, Michie Mee, Divine Brown and Jully Black. As a proud queer, he continues to work with many in various capacities to unapologetically and genuinely bring the LGBTQ+ culture to the forefront.

Jade's commitment and perseverance led to two noteworthy events in his career. The first is as the Resident Choreographer on Canada's Drag Race. Drag has always been synonymous with dancing, singing, individuality and creativity. The history of drag is cultivated from self-expression and authenticity—from theatre to the present day. This cultural cornerstone is essential on many levels for the LGBTQ+ community. Jade says, "It's funny because drag, once upon a time, was not looked at the way that it's looked at now. I remember in my mid-twenties, drag sort of started fizzling out in the community here, and there were one or two bars that held on to these performers."

Jade believes that drag is the Olympic sport of entertainment, and rightfully so. Is there any other artform in entertainment that combines such creativity and multitudes of self-expression? There are levels to this! Make-up, fashion, emoting, hair, attitude, self-confidence, performance, declaration, and so much more are within the elements where we can find something for everyone.

And this brings us to Jade’s second noteworthy mention. He holds the title of curating the first-ever Drag Halftime Show during a Toronto Raptors game in March 2022. It’s noted as the first drag halftime show in NBA history. This was the first time any event of this calibre had taken place. And it happened in Toronto, on Toronto’s world stage with local queens, dancers and a local Black queer choreographer. Monumental! “The Raptors pitched the idea of this halftime show to my agency, and I was part of the package. They had asked the dancers who would be a good person to choreograph this, and a bunch of them said me. So they came to me saying they wanted to do a halftime show. I came up with this concept like the diva, like the queens all had Super Bowl Halftime shows. So I combined the three of them into an NBA halftime show and gave each of them their moments.”

Once a Raptors towel boy and a dancer and choreographer for the Junior Raptors, this was a full-circle accomplishment. However, it should have been an achievement on full display for the entire LGBTQ+ community and, truthfully, for everyone else too. Yet, I'm sure it was a little bittersweet for the choreographer. Imagine a historical event like this never even garnering traction via news outlets or publications? Where was the support from the city? Where were the ubiquitous foam-labelled mics we see at events we don't even care much for?

Nonetheless, Jade is forever grateful for the opportunity and was ecstatic to return to what inspired him. "It felt like a full circle and return to what really started inspiring me and leading me down the path of working and being a professional dancer. So it was good, and I'm grateful for it," says Jade.

Alongside the previous momentous events above, Jade is booked and busy with a list of gigs in play. There’s Urbanesque—his performance group that fuses burlesque and contemporary music and culture; Elevation Fridays—a drag-filled night of epic proportions; the upcoming documentary on Toronto’s pioneering drag queen, the late Michelle Ross; and the hosting of viewing parties for Canada’s Drag Race season three. Another big project that Jade has been working on comes in the form of an Oprah-esque interview show called From Our Point of View (FOPOV). Produced and directed by creative Robert Ball— it’s ‘a series centring the voices, experiences, stories and journeys of some significant Black Queer male-identifying artists, activists, and community members based in Ontario.’

Throughout his journey, Jade has learned to trust his voice. He acknowledges how he is well aware that his viewpoint matters and that it's not just another voice in a room. He will never stop normalizing queerness and Black male queerness. It's forever etched in his DNA. He treasures the open conversations he can have with his nephews, friends and family members because he vividly remembers a time when that wasn't the norm. And he's proud of how far society has come. Still, there is undoubtedly a lot more educating and history-making to go. Jade still has so much to say and do in and for the LGBTQ+ community, but he's only just begun. He says, "I can't remember who I heard it from, but they said in the story of your life, don't give anybody else the pen. And, I want to make sure that the narratives that are being told about Black queer culture are authentic, genuine, and from the perspectives of the people who've lived it." 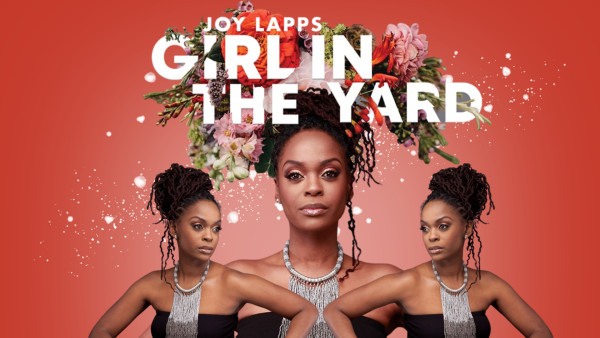 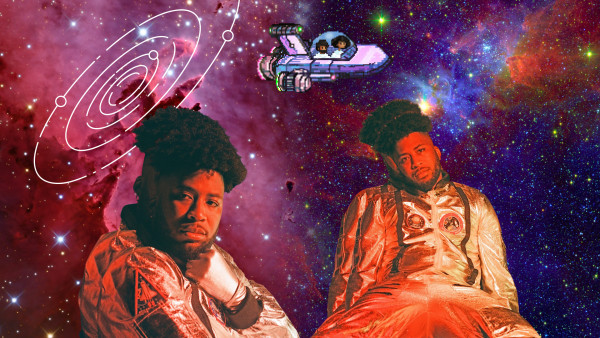