By Marcus Medford
Published on Tuesday, October 4, 2022 - 13:37
As I’ve gotten older and lost both my grandfathers, embracing my Jamaican and Trinidadian roots has become increasingly important. Though I wish I’d started earlier.

Sabine Daniel wants to help foster that cultural pride in Black Canadians from a young age. Raised in Montreal by Haitian and Dominican parents, Sabine is an award-winning bilingual producer, host, and creator of the TV series Sunny’s Quest. The show is a collaboration between TVOkids and Apartment 11 Productions. Each episode features a bright, young, Black Canadian talking about their aspirations, community and culture.

As Sabine says: “In Sunny’s Quest, Afro-descendant children celebrate their culture and heritage, inspiring relevant discussions on the Black experience in Canada.” There are also guest appearances by notable Black Canadians who offer encouragement and advice. The series premiered on September 13.

BB: How did you learn about and celebrate your culture growing up?

SD: I first experienced my culture through music, dance and food. Every Saturday, my father would put on Haitian music, we’d dance, and he’d teach me compas, sometimes méringue, bachata; sometimes, it was other cultures. When I’d go to parties, I could see similar cultural elements in my Trini, Jamaican, and Eritrean friends. So, during Caribana, I take a lot of pride in being from the Caribbean and also an Afro-descendant. And underlining all of that, we're celebrating in Canada.

Sunny's Quest was the show I didn't have growing up. And I wish I had that because that would’ve given me more strength. And at the same time, I don't have kids, but this is like a gift. If I died tomorrow, this would be my legacy to all the Black Canadian kids that have a dream. You can be blue and from Mars, but if you work hard, you can do it, and we have somebody that’s made it that looks, talks, and eats like you.

I think it's always been a dream of Black people to see themselves on television, and some of the parents are so proud of having their kids picked for the show and taking part in that change and showcasing how proud they are of their culture.

BB: I know Raven’s Quest inspires the series, but what led you to create an adaptation of the show focused on Black children?

SD: I received a bursary from Netflix to return to school, and I had just turned 41. Throughout my six-month intensive to better myself as a producer, I was the only Black female in my program and surrounded by people who had 15-20 years in the industry; it was tough. I always remind people that Black people exist in Quebec and our stories are not heard.

I graduated in February 2020, and there was the death of George Floyd in May. In Quebec, there was a real sense of urgency to bring diversity on screen, so it was important for them to represent our stories very well, and I think the effort is felt. When I got the email from my executive producer saying she was looking for the right person, I emailed her back saying, “I’m the woman for the job,” and I was gonna fight for it.

I feel like I had the best combination because my mother tongue is French, but I grew up in Ottawa and did my undergrad in Montreal. I’d worked for the sister company of TVO, TFO, since high school. That’s when I realized everything I'd been through and worked for before that job prepared me to be the producer for that show.

SD: I want them to think that anything is possible. To dream big, not to limit themselves, regardless of their circumstances. We all have trauma and ups and downs, but that's part of life; it's worth it, and our circumstances are only temporary. My mother said, “We moved from Haiti, so you could dream big.” All the role models mentioned that you have to work hard. Some people may not believe in you, but your passion is the unique way the universe tells you that you’re made for the job. Nothing good comes easy.

And I don’t just want Black kids to identify with Sunny’s Quest, I want that for all kids. I want to put them in contact with role models. It was important for those role models to be Canadian; most of them are. If you’d told me when I was in university that I was gonna produce a show like this, I would’ve said, “Yeah…I’m not sure about that,” but this is one of the biggest highlights of my life.

BB: What did you learn from the kids as they talked about themselves?

SD: They're all very proud of where they come from, but there are always missing pieces; that's what we’ll explore in the second season. There's a new segment called “discovery” because one of the things about being colonized by different countries is that we have a piece of the puzzle of our history, but we still don't know, and our parents don't know.

For example, one girl named Maria from Dominica, one of the most popular dances in her country is Bele. She said, “I'm interested in that, and I want to know a little more about it because I see family members back in Dominica dancing that style.” So we had to explain to the network that there’s a piece of history we could find to connect the kids to their heritage and capture that on television.

So, we’re doing our best to recruit the best people to get the information and also be able to digest the information for kids because we can't go into detail in seven minutes. Our target audience is 6-9 years old, but I think it's going to be a co-viewing show, meaning kids from 6-9 and maybe their older siblings, parents and grandparents will be watching the show.

Connecting them with some of the stuff they want to discover and are curious about is important. They want to visit and learn more about their country, and I think that’s something that’s more and more celebrated. It wasn't celebrated as much when I was younger, or it was done behind closed doors.  Like your parents would put on music and cook food but not celebrate Flag Day as they would back home.

BB: What do you hope parents and educators will take away after seeing the series?

SD: That we’re alike, but we're not so alike. We are all from Africa, but we all have a specific heritage, and it's important to understand and respect it. And to acknowledge that we're Canadian as well. So, as a producer, those are the three elements we want to showcase.

BB: Why do you think Sunny’s Quest is something kids can benefit from right now?

SD: First, Sunny's Quest is about the feeling of being seen on screen. It comes at a time when television diversity in Canada is critical for empowering children, parents, communities, and historically oppressed groups. It also allows us to expand opportunities for representation. Let's not forget Black people represent 3.5 percent of the population in Canada; that's like 1.2 million people.

As the producer, one way of creating opportunities is working with a BIPOC production crew. Whenever people saw our team coming into somebody's house, they were always impressed, which was important. Working on a Canadian television series that authentically portrays Black Canadian stories is essential to moving the needle on strategic diversity. We talked about it, but it takes time to see the changes in the books, schools, etc. But I think it makes the conversation easier if you have a television show you can reference, like, “Oh, just like in Sunny’s Quest?”

Also, with Sunny’s Quest, viewers will experience Black joy through the lens of Afro-Caribbean children celebrating their culture and heritage and inspiring relevant discussions on the Black experience in Canada. Have you seen a show like that when you were a kid?

BB: The closest thing to a Black show I can think of from when I was growing up is The Boondocks, and I was watching that way earlier than I should have been watching a show like that. But when I think about it now, part of the reason I was so drawn to The Boondocks is that there weren’t any other alternatives except That’s So Raven and The Proud Family [only while writing this article I remembered Everybody Hates Chris and The Bernie Mac Show].

SD: While researching, I found Ludacris’ show,  Karma’s World. It’s inspired by his daughter, and kudos to Ludacris for doing that because they talk about things like Black hair, normalizing it. I never saw a show like that when I was young, and I’m old enough to recognize that there's a change.

I think that change needs to be more creators who look like us, who are working in the business, and who're storytellers, in their way, to make that change. I can tell you, as a producer, that it's hard to find a writer, director, scriptwriter, or makeup artist. And I know it isn't easy in some regions, but we can't all go to Toronto or Hollywood; we need these people across Canada and everywhere to make that work. We need to be in front of the camera and behind the lens. It takes a village when it comes to the media, communications, TV, and film.

I think some doors are opening a little bit more, and we’re getting to showcase our stories as authentically as possible. And that’s another thing, everybody lives differently, which can be complex. So we could have 10 Haitians in a room, and we live our heritage entirely differently, and that's okay.

Sunny’s Quest airs on TVOkids at 12:19 pm on Sundays. You can watch all of season one on the show’s website or search for the videos on YouTube.  Sunny’s Quest is currently casting for season two and looking for kids aged 8-11. Follow the link to fill out an application to share your culture and story with Canada. 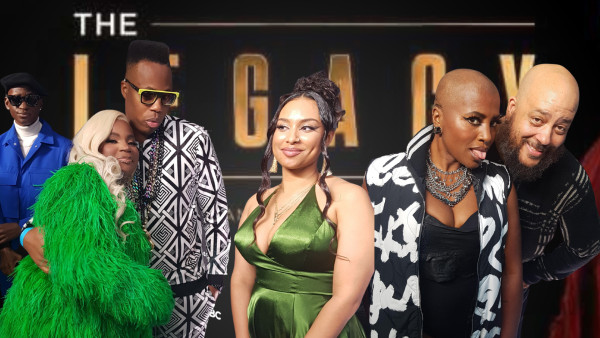