By Ann Marie Collymore
Published on Saturday, September 3, 2022 - 22:35
When dropped off at the Tom Patterson theatre in Stratford, Ontario, you're in the midst of a setting straight out of the movies.

To your left, a beautiful canal serves as the antagonist, with white swans and visitors in pedal boats gliding under the sun's glow. And to your right are trees that have no right being that green.

But standing in as the protagonist is the Tom Patterson Theatre in all its glory. With the help of patrons, donors across North America, and the Government of Canada, a whopping $105 million went into creating Canada's home to not only Shakespeare but contemporary works and musicals. It's your one-stop for all things theatrical and performing arts.

Seeing that this was my first time venturing out to the town, I was curious to see what it offered. I had heard so much about the Stratford Festival but never thought about attending, which is utterly surprising as a previous English Literature student and a Shakespeare fan.

To many in the Black community, the Stratford Festival is not top of mind. Looking back, Shakespeare was left in the echoes of high school halls or English class. But it's not just about the English playwright. We shouldn't forget the festival's previous track record with Black artists. When Stratford Festival took centre stage in 2020 to discuss their "complicity in unjust systems" and upholding "white supremacy" within its festival, it was duly time for a change.

The #inthedressingroom hashtag and proceeding discussions clearly outlined experiences about anti-Black racism in Canadian theatre. Visiting the festival, I was privy to their steps in dismantling what was seen as the status quo.

It's a significant step watching the inclusion of Shakespearean plays with superb Black actors in leading roles and the opening of a Yoruban play with an almost all-Black cast, Death of the King's Horseman, by Nobel Prize winner Wole Soyinka.

This is a popular African play based on a real incident that happened in Nigeria. The play is rarely ever performed outside of Africa, and this is Stratford Festival's first time presenting an African classic. If you're not able to make it out to Stratford, it's worth noting this play is now being adapted for Netflix.

Speaking with cast members Anthony Santiago (Ezra in Heaven, Crooks in Of Mice and Men) and Akosua Amo-Adem (Soulpepper’s For colored girls…, Kim’s Convenience), and music director and composer Kunle Olórundáre was a tiered conversation in practice, perspective, and musicality.

Amo-Adem, who plays Iyaloja, the Mother of the Market, and Santiago, who breathes fire into the lead character Elesin, are enjoying their Stratford debut. Santiago was drawn to the tragic piece and was literally in tears after reading the script.

“I was weeping by the end of it,” he says. “As an actor brought up in Western Canada, I’ve done Shakespeare, Beckett—many of the traditional classical European playwrights. The opportunities to do a classically written African play are rare. So when the opportunity came up to audition, I was like, well, I would like to try and do this. If I’m selected, it would be wonderful. If not, I’m just delighted that this piece exists in the world,” says Santiago.

Amo-Adem was just as ecstatic. “This is the first African classical play I have come in contact with, and I’ve been doing this for 13 years. I studied at York University for four years in theatre training to be an actor, and I did SoulPepper Academy. It wasn’t until the director Tawiah M’Carthy came to me in 2018 and told me that he wanted to direct a play called Death of a King’s Horseman, and he wanted me to play Iyaloja—I said, yeah, sure, send the script! I did not know this play at all. He sent me the script, I started reading it, and the language was unlike anything I’d ever read. The structure of the play, the story in and of itself—when I finished reading it, I felt like I was reading a Greek tragedy, but Nigerian, you know? And the fact that the Yoruba people in this play only speak to each other through parables was the most striking thing for me. I have never had the opportunity to do that.”

Having a soundtrack that correlates to a piece of art is essential. And in this case, music, song and dance are at the play’s core. Director and composer Kunle Olórundáre utilize the drums as the musical focal point. The commanding roar of the percussion holds symbolic and historical significance. Rituals, ceremonial events, coronations—the drum spearheads them all. Olórundáre uses drums that are typical to Yoruba culture. He uses the bata and talking drum, each carrying its own deep-rooted historical traditions.

Olórundáre says, “Yoruba is a tonal language. Drums are built to speak in tone. So it makes it easier to put it all together. There are no other melodic instruments except gongs and vocals. That’s it. It’s interesting because I was thinking of adding a couple of other African instruments, but this story is too specific. I realized there were enough resources to use from that particular culture.”

Authenticity and tradition were critical in this play. The costumes were sourced straight from Lagos, Nigeria and on the opening night, each audience member was gifted a small piece of fabric used in the play's wardrobe.

In the play, the differences between colonial and ancestral traditions are debated and tested, especially in the fiery dialogue between Elesin’s son Olunde, and Jane, the British district officer’s wife. Even though Soyinka says that the administrator’s intervention was more of a ‘mere catalyst,’ perspectives and beliefs are challenged throughout. It’s always easy to dismiss what we don’t or care not to understand.

The differences between cultures are apparent between contention, blatant disrespect, misrepresentation, or a nonrepresentational stance. It’s almost as though art was imitating life in the present time. However, as we are all aware, essential conversations and changes are needed to shift the discussion and advance. Thankfully, unlike in the play, critical discourse took place in real life, and the step towards rebuilding what once was is now laid bare for all to see.

As first-timers, Santiago, Amo-Adem, and Olórundáre say they are all enjoying their Stratford experience. They've individually found their footing and are enjoying what works for them. As told, it could be the sheer joy of being presented with the opportunity to work with a gifted cast. Or acknowledging the power and gift to share the work with everyone on such a large-scale stage. It can also be simply meeting new faces and enjoying new spaces. Each of them has taken a positive token away from their time in Stratford thus far. And it's a beautiful thing to hear and see.

Not only was I able to enjoy the opening night of Death and the King's Horseman, but I also saw the brilliance of Chicago, Shakespeare's fun and witty All's Well That Ends Well, and the limited engagement of the musical sounds of Freedom Cabaret. Each show had Black actors in prominent roles or as legit scene stealers (I see you, André Sills!) And the list continues with Hamlet, Little Women, and Richard III.

As I wrapped up interviewing Santiago, Amo-Adem approached the table to join in the conversation. I watched as the two actors embraced, said their warm hellos, and imparted jokes my way. The exchange radiated so much energy that I thought: if I feel this coming from friends working on the same piece, it’s bound to have a remarkable dynamism. And indeed, it did. It was mesmerizing and moving.

In response to why people should see this play, Santiago says, “Because it’s a beautiful, tragic story written by a brilliant writer, poet, author—Wole Soyinka, and it’s a piece that I think we don’t get to see in North America. It’s important to see ourselves on screen, on radio, in books, and on stage, which has been dominated by Europeans. And that’s just a fact. But to have different perspectives and to experience and share that, I think, is so exciting.”

This season’s theme for the festival is ‘new beginnings,’ and yes, it is only the beginning. But even though I’m sure there is a lot more work on the horizon to be done, I would say that they’re off to a fantastic start. 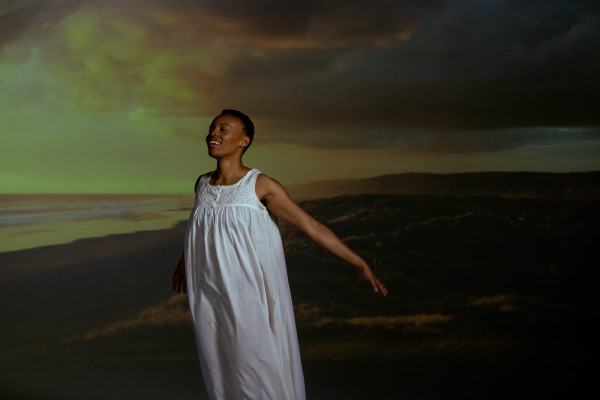 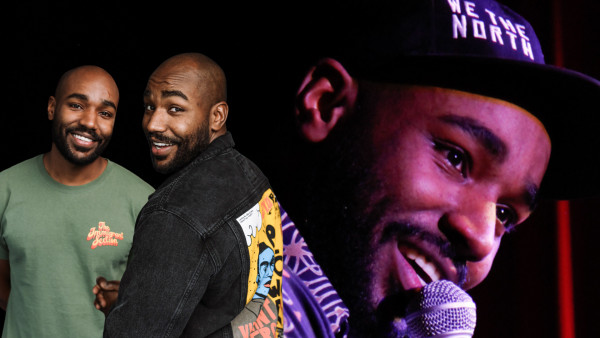 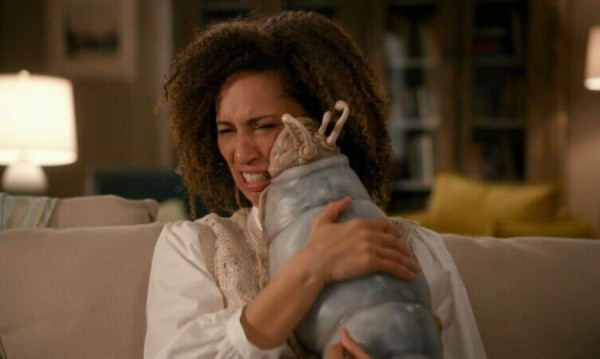