By Administrator
Published on Saturday, November 18, 2017 - 04:49
Lori Montague wanted to follow her parents’ footsteps and become a teacher. Her dad, Spurgeon Montague, had another idea.

“Why don’t you consider becoming a lawyer?” he once asked.

She took up his suggestion and was called to the Bar in 1987. Last week, along with other family members, her dad got to witness his daughter sworn in as a provincial court judge, at Old City Hall in Toronto.

“There are people who paid for me to be here, and they include my parents who I am incredibly grateful for,” sayd Montague. “They made me believe I could be whatever I could be in spite of challenges along the way. I am here because of them and it’s my time now to pay for others following me.”


Lori Montague's parents, Spurgeon and Ellen met in Teachers College in Jamaica and migrated to Canada in the 1950s.


The family patriarch was one of Windsor’s first Black high school teachers while his wife, who died on the last day in 2014, was a New York University graduate and dietitian.


Graduating with a Bachelor of Laws in 1985 from the University of Western Ontario, Lori Montague was a summer and articling student at the Windsor Crown Attorney’s office and a duty counsel in Toronto before being hired as an assistant crown attorney in Peel.


“I heavily relied upon her wealth of experience, organizational skills and excellent judgement,” he said. "She has always been a pioneer and trailblazer, whether it’s through her workplace initiatives or her tremendous contributions to the frontlines of diversity in the criminal justice system. When she began working as an assistant crown attorney, there were very few if any women who shared her background. Now as an Ontario Court judge, she continues to be at the forefront of positive change.”


Maylor said Justice Paul Taylor had a lot of confidence in Montague’s capabilities when he was Peel crown attorney.


“It was obvious from the outset that Lori could handle anything in court,” he said. “What impressed him was how helpful she was in assisting in the creation of our shoplifting diversion program in the early 1990s. It was revolutionary at the time as the program was not without controversy.”


The program was developed in order to divert routine shop theft calls from the regular police response cycle and reduce the need for police officer’s attendance.


Montague chaired the Peel/Dufferin Youth Justice Committee diversion program for several years and was the director and Ministry of the Attorney lead on the Justice on Target (JOT) strategy to reduce delays in the province’s criminal courts. Her work with JOT led her to accompany Justice Casey Hill to Jamaica where they were involved in training programs for Jamaican judges dealing with issues such as trial delay.


“Defence counsel as well eagerly sought out Lori to deal with their complex cases,” he added. “Lori has that keen ability to see through seemingly complicated matters and find an equitable solution. Shortly after her appointment, a number of defence counsel expressed that they would miss dealing with her as deputy crown.”


Montague, the mother of a 17-year-old son, is a volunteer board member with Operation Springboard and Victim Services of Peel.


She is the second of three children. Elder brother Christopher resides in Windsor while Dr. Kenneth Montague is a dentist, art collector and curator.


“Lori is tough but fair and smart but funny,” he said. “I am thrilled she’s in the judicial system as we need her voice.”


Montague is the second female Black judge to be sworn in in the last two weeks.


Rita Maxwell was legal counsel for the Ontario Court of Appeal while teaching students enrolled in the University of Toronto Faculty of Law and Ryerson University Law Practice program.


Called to the Bar 15 years ago, she is an active volunteer with the Ontario Justice Education Network and Law In Action Within Schools program.


Born and raised in New Brunswick, Maxwell is one of five Ivy League sisters who are distinguished professionals. They all earned undergraduate degrees from Harvard University.


Eldest sister Dr. Cynthia Maxwell has been the University of Toronto maternal fetal medicine fellowship program director since 2009. Dr. Linda Maxwell is the founder and managing director of the Biomedical Zone which is a collaborative partnership between Ryerson University and St. Michael’s Hospital and the only Black professional to make last year’s Women’s Executive Network (WXN) Canada’s Top 100 Most Powerful Women list. Ada Maxwell-Alleyne is the Ontario Medical Association acting director of health policy and Dina Maxwell is a lawyer, writer and certified privacy professional.


Their father, Samuel Maxwell, migrated from Ghana in 1949 and was a medical doctor. He succumbed to pancreatic cancer 20 years ago. His widow, Irene, was a nurse and resides in the Greater Toronto Area with her eminent daughters.


To honour the sisters’ intellectual brilliance, Bathurst High School in New Brunswick where they graduated renamed its library, ‘The Maxwell Family Library’, a decade ago.


Montague and Maxwell appointments increase the number of female Black judges in Ontario to eight.


Justice Corrine Sparks is the first Black woman to serve on the judiciary in Canada, having been appointed in 1987 while the late Maurice Charles, who served as a magistrate in his native Guyana and a judge in Ghana, became Canada’s first Black judge in 1969. 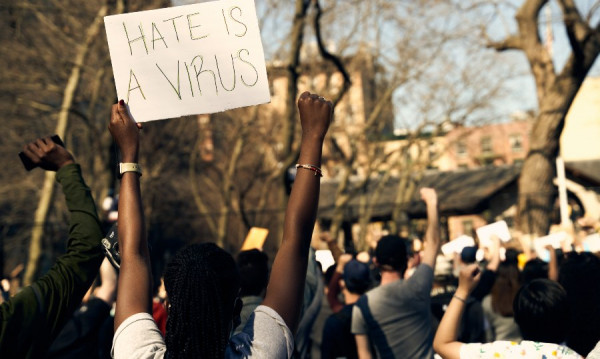