By Walker Law Professional Corporation
Published on Monday, April 18, 2022 - 14:06
On April 7, 2022, the U.S. Senate confirmed Ketanji Brown Jackson as a Supreme Court justice in a 53-47 vote, making her the first Black woman to serve as a judge on the U.S. Supreme Court. This also marks the first time the U.S. Supreme Court has had four female justices. On April 8, 2022, Tanya Walker appeared on CBC Radio to discuss the significance and impact of Justice Jackson’s confirmation, which can be heard here. Last year in Canada, on July 1, 2021, Canada appointed Justice Mahmud Jamal to the Supreme Court. Justice Jamal was born in Kenya and is of South Asian descent, making him the first visible minority to serve as a Judge on the Supreme Court of Canada.

What This Means Going Forward

Both Justice Ketanji Brown Jackson and Justice Mahmud Jamal have become role models for so many females and visible minorities worldwide. I remember my own high school guidance counsellor telling me that I should not apply to McMaster University business school because only the top 10% of the graduating class will get hired. Around that time, I was an Ontario Scholar, but yet he said I was not likely to be one of these graduates.

My parents raised me to be confident and ingrained in me that it is possible to achieve my goals, irrespective of race or gender if I work very hard. In addition, they are logical thinkers and instilled in me the attribute of questioning a conclusion if the logic that flowed into the decision did not make sense to me. With this mode of thinking, I quickly discounted the assertion put forth by the guidance counsellor because, to me, it was not logical to conclude that I, who was an Ontario Scholar, could not achieve a high academic standing at the business school. As a result, I didn’t change my application and was subsequently accepted into the Degroote School of Business at McMaster University. I graduated with an Honours Bachelor of Commerce degree and minored in Economics in 2002.

Not only did I graduate with high academic standing, but I was also accepted into Osgoode Hall Law School, in part because of those grades. Similarly, Justice Ketanji Brown Jackson recalls her guidance counsellor suggesting that she should not apply to Harvard University because she was setting her sights too high. Despite these discouraging words, people like Justice Ketanji Brown Jackson continue to prosper, overcome barriers, and achieve their goals.

Leaders and, notably, people sailing into uncharted territories, are bound to experience discouragement from achieving their goals. For example, building my law practice took a great deal of support, determination, and grit. In addition, when I first opened our law firm almost 12 years ago, I encountered similar obstacles akin to the conversation that I had with the guidance counsellor when I was in high school. I again was faced with people who did not believe that I should be in the position that I was in, which made being a new entrepreneur even more stressful and isolating. To overcome these obstacles, I recommend remembering and reflecting upon the fact that those who came before us, including our parents, ancestors, and leaders such as Viola Desmond and Martin Luther King Jr., made sacrifices for us to prevail. We owe it to them to prevail.

Looking Back: How Canada's Laws Kept Racism Firmly In Place 17 February 2022
The Risks Of Backing Out Of A Real Estate Transaction 30 May 2022 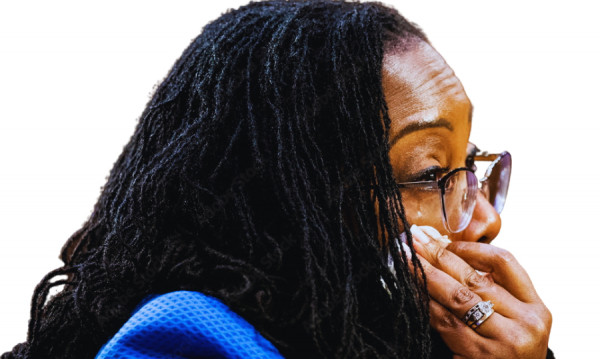