By Sureya Busuri
Published on Tuesday, September 21, 2021 - 15:55
London’s Ward 13 councillor, Arielle Kayabaga, has just made history again - this time as the first Black candidate to be elected into the House of Commons representing the electoral district of London West.

As a member of the Liberals, her win will allow the party to retain its hold on the riding. After Liberal MP Kate Young had previously announced in March she would not pursue re-election for a third term, Kayabaga sought federal nomination to be a strong voice for those most impacted by the pandemic; the youth, women and people of colour.

In the final days of the campaign, London West received an unexpected visit from Prime Minister Justin Trudeau, who will now form another Liberal minority government.

“Excited to keep moving forward for everyone & making sure that Canadians are supported as we finish the fight against Covid” reads Kayabaga’s tweet in celebration of her win. “I will continue to listen, work hard for London West and keep moving all of us forward.”

This comes less than three years since she entered into the political sphere as the first Black woman to be elected to council in London back in 2018. She now graduates from City Hall to a well-deserved seat in Parliament.

Poet and social justice advocate, Ketty Nivyabandi took to the platform to congratulate Kayabaga for making history as the first Burundian elected to Canadian Parliament.

“Arielle is a force of nature, a fighter and brilliant advocate, fiercely committed to her community,” she says.

As a councillor, Kayabaga has ensured her advocacy and desire to affect change would reach voices she also identified and connected with - young students and marginalized communities in the city. She previously decided to run for city council after witnessing the work and conversations London councillors engaged in through an opportunity to job shadow while attending Western University. On top of diverse representation, Kayabaga has since been a champion for equitable causes ranging from affordable housing, food security and fair wages.

In her new role, Kayabaga will be focusing on propelling the conversation of mandates that ensure climate action, supporting small businesses, accessible housing and $10 child care for women.

“They are the face of change. They are the people I aspire to be. Thank you Dirka and Arielle, for what you have done, what you stand for, what you put up with. It is because of women like you that I can actually picture myself running one day.” 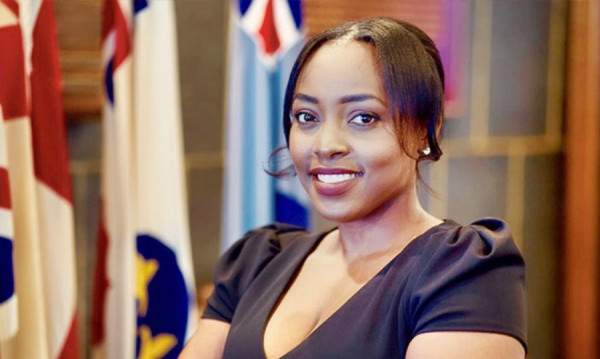