By Patience Adamu
Published on Thursday, September 30, 2021 - 21:58
We’re tired.  Tired of having to be twice as good, for half the recognition. Soon Trudeau will put together his third Cabinet, and this time he needs to put a Black woman in that Cabinet. There are a couple to choose from, but he really should consider Arielle Kayabaga, MP for London West.

Earlier this year I had a chance to interview MP Arielle Kayabaga on The Drip, a podcast I host with Kurtis Vermont. At the time, we didn’t know Arielle would be leaving municipal politics to represent London federally, but frankly, she’s the best thing to happen to Canadian federal politics for Black millennials.

I’m not sure if you know this or not, but Black millennials are struggling. If you know, you know.

We’re not kids or (youth) anymore, we’re 25 to 40 years old and we are drowning under the weight of a world that thinks they can pay us $14 an hour, and somehow afford to pay 20% down on a $1.5 million property. We are overeducated while remaining chronically underemployed working contract to contract due to an unpredictable global labour market. Many of us are stuck at home. According to census data, between 2001 and 2016, the number of young adults aged 20 to 34 who are living with at least one parent has increased with each census. It rose from 30.6% in 2001 to 33.1% in 2006, stayed close to that level in 2011 at 33.3%, and rose again to 34.7% in 2016. Over the same period, the number of all young adults living with their own family (as in a spouse and/or children) decreased from about one‑half, or 49.1%, in 2001 to 41.9% in 2016. To put it simply, millennials do not feel they can afford to have their own families.

The struggle is real.

A lot of promises were made to us this election. Promises to help us through the struggle, but no matter what was said during this election, it always felt… well, condescending.

I could stop there, but I’ll continue. Surely, Arielle is more than a political convenience but bruh, Trudeau needs to address what he did to the last Black woman in his caucus. Yes, we read the book. Yes, we believe her. This is Trudeau’s opportunity to right a wrong. Again, this is not to discount the fact that Arielle is a skilled politician with extensive experience in political maneuvering from her time in the City of London. I know what you’re thinking; “but Patience, that was London, Ontario” - and I hear you. But political experience is political experience, and London is a growing city without ministerial representation. I think her time as a city councillor sets her up well for a ministerial position on the intergovernmental affairs file.

If Trudeau is looking for where to put Arielle… I can help.

In addition to Minister of Intergovernmental Affairs, she could leverage her experience as a Black woman to the Department of Economic Development. The Liberals campaigned hard on what they did for Black and Women Entrepreneurs over the last two years. Leave it to Arielle to see these projects through. The ministerial position for Status of Women works too. Oh, and there is also the ministerial position responsible for Diversity, Inclusion and… wait for it… youth!

Lots to choose from, Prime Minister.

MP Arielle Kayabaga will show up for Canadians, for women, for Black people and for millennials. She was one of the best things to happen to the Liberals this term, and she belongs in Trudeau’s 2021 Cabinet. 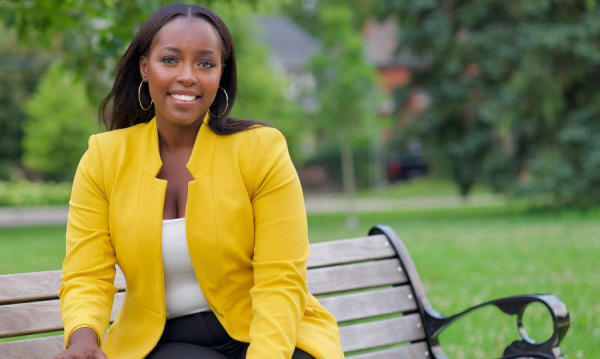