By Byron Armstrong
Published on Thursday, June 14, 2018 - 09:42
After the recent provincial election, here’s what I’ve learned.

We are not all on the same side…and I’m very ok with that.

This is important to note, because I’ve heard many accusatory arguments tossed around between different sides of the political spectrum tempered with the idea that all people basically want the same thing. Equality, access to education and healthcare, a livable wage for an honest day’s work, and a chance for you and your children to prosper. The basics right? This is where most of us are supposed to agree. However, there appears to be two warring beliefs between two very different tribes of people that make all the difference in the world.

It’s between those who believe these things are achievable for everybody at minimal expense to the many, and those who believe these things are only achievable to the many at great expense to the few…as long as “the few” isn’t them. Right here is where the massive split between trains of thought occur, and we are at this moment, fighting an ideological war to figure out which philosophy will lead us through the rest of the 21st century.

For example, under the new PC government, the minimum wage will be frozen at $14 an hour. The prevailing mentality for being supportive of this can only be, “it doesn’t directly affect me, so I don’t care.” Which is basically like telling a Tim Horton’s employee who gets up early every morning, braves transit, puts on an ill fitting uniform, takes daily random verbal abuse, and burns themselves on occasion pouring you a crappy cup of coffee for $29,000 a year, that it’s fine for them to live a couple points above the poverty line because you don’t want the franchise owner (making roughly $250K a year in profits), to raise the cost of your coffee 50 cents so their employees can make an extra $2200 a year without layoffs. 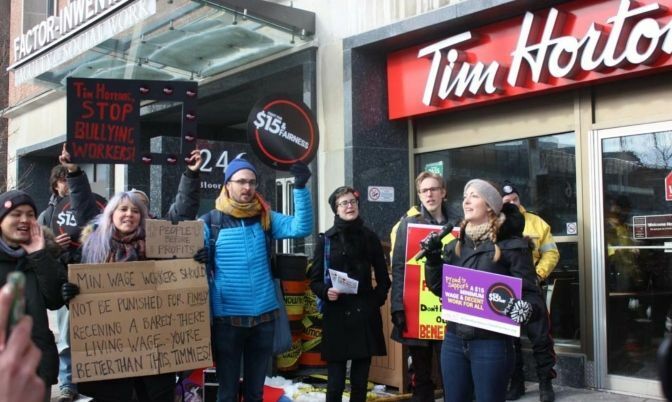 When you think about the owners of the company being worth 1.57 billion dollars yet, in a standoff with the Liberal government, refused to allow franchise owners to raise the cost of anything for several months, instead preferring to threaten layoffs and take away benefits from low wage earners, the line in the sand becomes clearly drawn. Did you know in order to even purchase a Tim Hortons franchise, you must have a net worth of at least 1.5 million dollars and $500,000 in liquid assets? These are the same sort of corporations Doug Ford wants to give tax breaks to in order to create more low paying jobs for people on the margins.

The war of political ideologies is very plain. Either you believe the working poor should remain poor (or unemployed) because you don’t think you should pay a little more for your cup of java. Or you believe everyone who works for a living and contributes to the economy should have the right to a basic guaranteed level of dignified living. Even if it means your coffee costs a little more. They are two fundamentally different views of the world, and we ignore confronting them at our peril.

Neither of those beliefs are necessarily predicated on race, gender identification, sexuality or faith. Human beings are messy, complicated creatures. For example, Blackness alone doesn’t guarantee a vote against a PC party in support of carding, led by a Premier preferred by White nationalists. Logically, you would think it would. Except I have found myself neck deep in online debates with Afro-Canadian people who are willing to literally sell their constitutional right to walk the streets free of unjust harassment and detainment of police, for a tax break that amounts to “not much” for 3 years (unless you already make 6 figures a year) and a hydro bill reduction of 12%, which estimates on the PC platform page peg at $170 annually.

We shall overcome, unless I can get a couple hundred bucks put back in my pocket this year. The revolution will not be televised…but I saved roughly $14 a month on hydro this year. 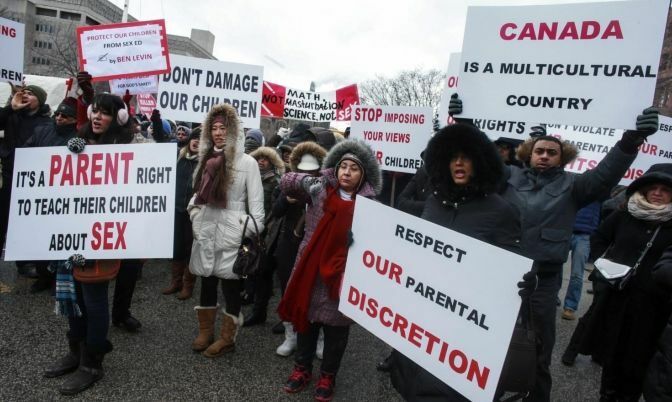 Oh, and what about education? The PC’s are also fine with the removal of the sex ed curriculum implemented by the prior government, which effectively erases conversations about the recognition of abusive behaviours, gender/sexuality identities, and sexual consent. You know, all the obviously really unimportant stuff (Sarcasm all mine) that prevents sexual violence, bullying and stigmatization of people. I am sure there are many folks who voted PC just based on the sex ed issue alone. It’s no secret in the Afro-Caribbean/Canadian community that homophobic sentiment is rife, as it is in many other ethnic communities. And those with religious or old fashioned leanings are wearing blinders when it comes to talking about diversity of sexuality.

What those people have failed to realize is that by voting your ignorance, you have also potentially voted for people to advocate for ignorance against you. The other part of that education mandate, to mandate universities to uphold “free speech” on campuses and in classrooms, could potentially reopen doors to old right wing theories about IQ and race like The Bell Curve for instance. The Bell Curve included underwhelmingly depressing ideas like society not trying to improve poor kids’ living standards because it could encourage poor, “low-IQ” women to reproduce. It also advocated for an immigration policy that limits immigration from Latin America and Africa. So when some conservative professor decides to hold a moratorium on the use of the “N word” on campuses because some famous but misguided mumble rapper has laced the hook to every song with the term, or some douchebag group of White Frat boys wants to debate their right to wear Blackface during their annual Halloween bash, the same vote you gave to the PC’s to kill the Sex Ed. curriculum, is the same vote you can thank for all the above.

Some of you think governments that implement any policy of inclusion and diversity are enforcing “identity politics” in some “culture war” against you. The term “culture war” is spit out of the mouths of right wing “Libertarian” Alex Jones types like it’s a bad piece of meat. Culture is defined by the Merriam Webster dictionary as just “the customary beliefs, social forms, and material traits of a racial, religious, or social group; or the characteristic features of everyday existence (such as diversions or a way of life) shared by people in a place or time”.

At one point in time, the customary belief was that a woman’s place was in the kitchen, and that Black men and women could never hold public office. With the realization that there are still people who think that way, for the most part as a culture, we think differently. The only reason anyone thinks differently about these things is precisely because of the ‘culture wars’ that have preceded us that were not based on populist fervor, but actual moralistic ideals that included a vision for what kind of society we wanted to be. Ultimately, this is an ethical battle masquerading as a political one. This is about a core belief in what you think society is supposed to be, and who it is supposed to work for. Some of you think society shouldn’t work for anyone but you. Personally, I don’t mind a culture war if it means I’m on the right side of history.

Just know one more thing. If you voted to put PC’s in power in Ontario, especially as a Black voter, we are NOT on the same side.

…and I’m Ok with that. How about you? 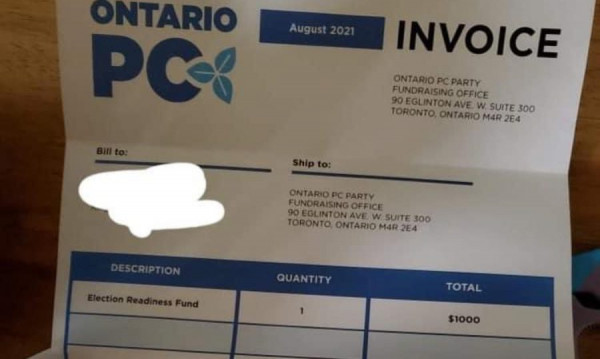 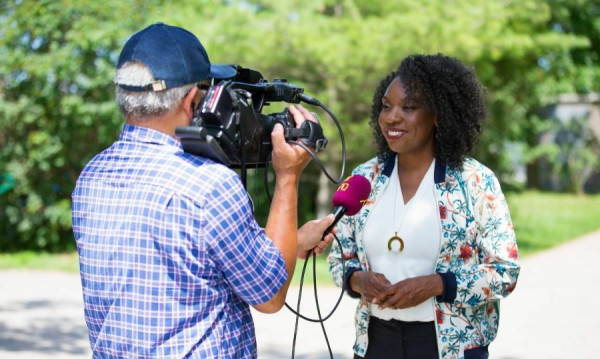