Black Women Are Still Cringing At The Lean In Strategy

By Camille Dundas
Published on Monday, December 23, 2019 - 08:43
Last week, Black Enterprise magazine published an interview with COO of Facebook and CEO of Lean In Sheryl Sandberg. It was rooted in the fact that Sandberg’s Lean In advice has fallen flat for most women, and more specifically for Black women.

The strategy has been criticized by many thought leaders, including Michelle Obama who notably said, “that shit doesn’t work all the time.” And this quote from Minda Harts, founder of The Memo sums up the basis of the criticism through a racialized lens:

“Lean In was well-intentioned and opened up the conversation, but, you cannot effectively talk about leaning in for Black or brown women without discussing the role that race plays and the barriers to even enter the room for a seat at the table,” said Harts. “Lean In didn’t talk about race and it was written from a white-privileged women’s perspective for predominantly other white women. One size doesn’t fit all.”

During the interview with Black Enterprise, Sandberg acknowledged that her original book left out women of color, but she still leaned into the same rhetoric of dumping the responsibility back onto Black women instead of calling out the systemic barriers that continue to hold Black women back. Sandberg says, “I think women should say, ‘Hey, I know the data. And I know you’re probably paying a lot of attention to it—but I’m a woman or I’m a black woman and on average, we get paid 30% less. I want to make sure that you’ve benchmarked my offer to white men in this role. I’m sure you’re doing that. But, if you could double-check that before I accept this job, I would really appreciate that.”

This was her advice. I was floored by it because it so glaringly ignores the power balance at play when you are on the receiving end of a job offer. Yes, they want you to accept, but every move you make in the acceptance process will contribute to your internal brand in that workplace. Personally I’d be scared shitless to drop that challenge onto someone who I barely know and who is about to become my boss. Scared of being seen as “difficult” before my foot was even in the door. Scared of them rescinding the job offer. Scared of others finding out I made this request and being ostracized for it. I was amazed that Sandberg put this onus on women instead of insisting upon structural changes in the hiring process. When a woman of color is hired, it should just be PART OF THE PROCESS to double-check that she is being paid the same as a white man with similar qualifications. It should be a requirement, not something that the woman has to uncomfortably ask for. 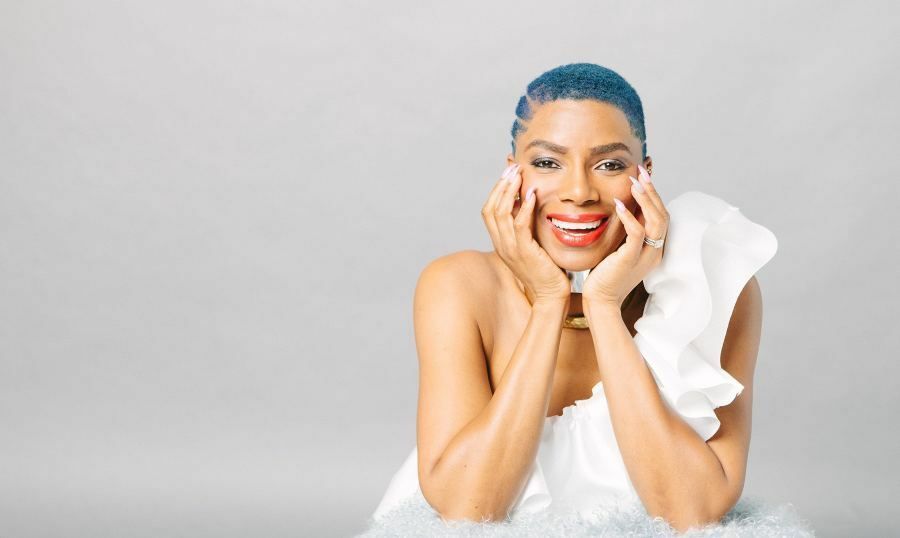 “Reading Sheryl's interview took me back to my days on Bay Street in the Financial Industry and my battle to belong.

Truth is I wasn't able to lean in because I was still trying to understand and survive the microaggressions, emotional tax and internalized oppression I was battling in the workplace.

What I would have asked Sheryl Sandberg in that interview is, when you already feel like you don't belong can you truly ask to be paid what a white man is being paid? And how well trained are the people in HR to not allow their bias to penalize those who have the audacity to ask for equal pay?

I remember when I did ask for more and my Caucasian boss was offended that I negotiated and said, and I quote: "She should just be grateful she has a job. Why is she asking for more?"

Many leaders are uncomfortable with our ambition. How are you addressing the Ambition Gap? Because we're ready to ASK. We just don't want to be penalized for it because the leader on the receiving end isn't prepared for it.

I also would have asked Sandberg about the memo from Black employees at Facebook. As the COO, how is she addressing that? And how is her organization Lean In going beyond the numbers, where is the action?

The majority of Black women know that they're being paid less - why aren't organizations changing the pay band to address the gap?”

Sandberg advises Black women to leverage statistics on the pay gap. But in Canada anyway, most of the workplace stats have not even included women of colour. Canada is only now catching on and we only now have statistics citing racism in the workplace - a first here in Canada. Which means not every Black person is aware of the stats. Even when we are aware of the stats, do you think a Black woman is entirely comfortable leaning into them, when she’s just endured a weeks-long process of emotional tax to make it to the final interview? From shortening her name to make it more “pronouncable”, to worrying about her accent, or her hair. These are all the types of things most white women just do not ever have to worry about. They are part of the “double burden” Black women face in the corporate world. 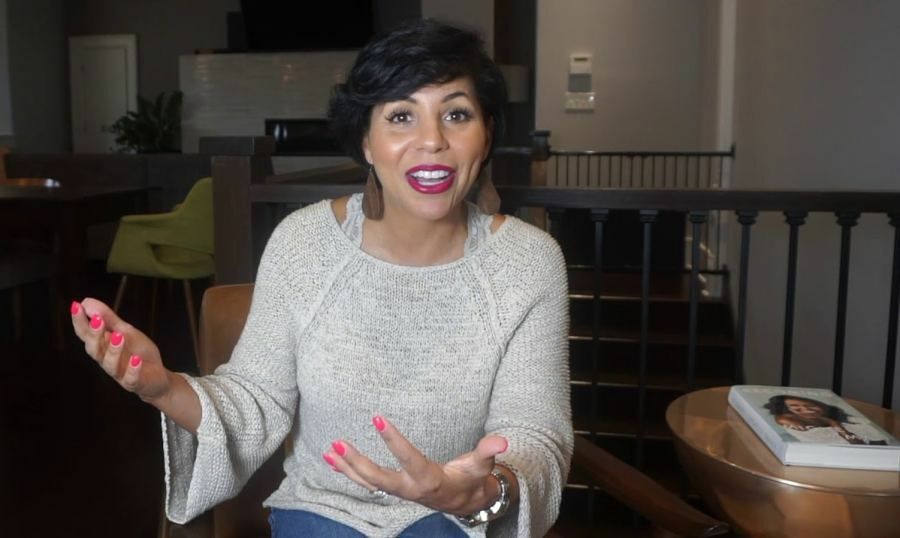 Katara McCarty is an American author, public speaker and career coach based in Indianapolis. She’s also the founder of The Center for Success, a network of outreach centers for kids who are at risk.

"The issue with asking women of color to lean in is that most corporate and organizational cultures have not done the work on their end to ensure they have a culture for women of color to belong to. To tell black women they have to lean in by asking for equal pay during an interview is not setting them up for success. It’s setting them up for failure.

This tactic does not work when a company hasn’t cultivated their culture. The work of cultivating a culture of belonging consists of white men and white women (specifically executives within a company) recognizing that there is a systemic problem. This systemic problem, which is steeped in white privilege has allowed white men and white women to benefit from this structural advantage and that has to be addressed and fixed. Executive leadership must begin by staring truth in the face and having the boldness to fix it.

For decades Black women have taken on the burden of self-improvement; embracing the skin we are in, wearing our natural hair, learning to love our bodies, etc. We have also had to accept that our start line is not where white men and white women’s start line is. And in knowing this, brown and black women have still shown up in the world to pursue our passions and our careers.

My advice to managers and decision-makers in the workplace is, if a woman of color speaks up and says that a tactic or advice will not work for her - LISTEN. If a brown or Black woman is offended and speaks up about her experience, LISTEN. Do not try to compare your experiences to hers because you have not had to navigate your life in a brown or Black body. Listen, educate yourself, and then do the work to cultivate a culture she can belong to.” 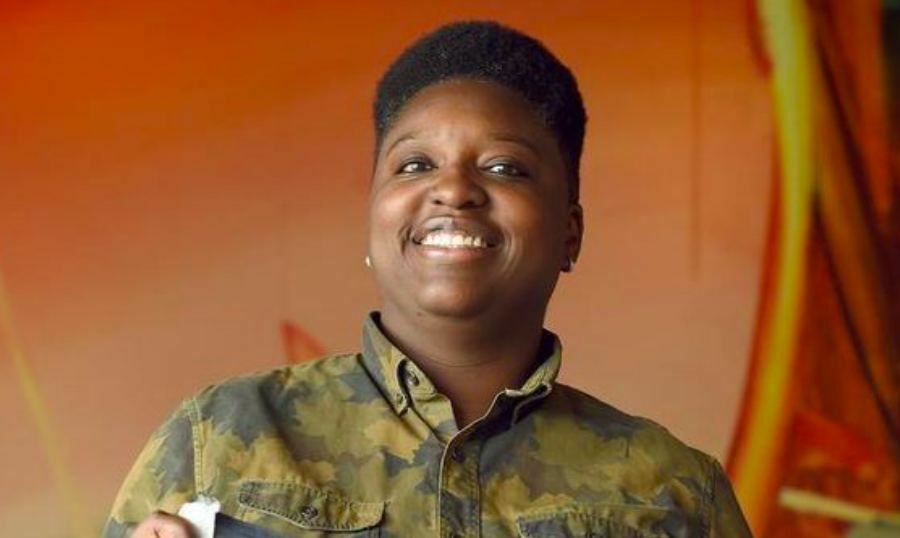 Teneile Warren is based in Kitchener, Ontario. She’s the co-owner of nyam Revival Kitchen and also works as a community advocate supporting the advancement of equity for racialized and immigrant youth population.

The statement is completely out of touch with the reality of walking into any workplace corporate or non-profit as a Black woman and asking.

I coordinate projects in schools, and in prison. The school system and the prison system possess the kind of corruptible power that leaves no room for “leaning in” or “asking”. I see systemic bias in action on a daily basis. For me, and most of the Black women I work with, you manage the microaggressions and hope there is a witness for the visible racism. Sandberg’s idea that we should present the data makes me think of all the times I have presented the data only for a White person to respond by tightening the nuts and bolts of the systemic racism... unconsciously, of course.”

To be honest, I think the ‘leaning in’ approach is problematic at its core, even before you take race into consideration. And so I’ll leave you with this idea - men leaning out. I came across it through a quote shared in Fortune Magazine from Ruth Whippman. She’s a British cultural critic living in the U.S. and author of America the Anxious.

“Though we’ve made some strides in workplace equality, what we’ve really done is say: Women, your traditionally female norms aren’t as valuable or useful as men’s, so shape up. Lean in. Whatever men are doing and valuing is what we should all aspire to. We’ve set up the cultural equation so that assertiveness is greater than deference, demanding is greater than listening. What we need to do is ask men to step back, listen more, and be humble. Maybe instead of telling women to stop apologizing, we need to encourage men to apologize more when they make mistakes! The burden of self-improvement has been on women for the last decade. If we can encourage men to think of female norms as just as valuable as their default standard, we’ll take a big step toward equality. I hope companies will start taking responsibility for gender inequality, and as a society, we’ll start to focus on how men can start to make changes, instead of male norms dictating the standard behavior for all of us."

Camille Dundas is the editor-in-chief of ByBlacks.com. She spent almost 10 years working as a journalist in national television news. In 2017, she leaped into the tech industry, becoming a consultant with Hootsuite. Camille is also an entrepreneur - founding two businesses with her husband - a publicity firm Konvo Media Group and online magazine ByBlacks.com, ranked as the #1 Black online magazine in Canada. From this vantage point, Camille has become a public speaker on the topic of diversity and inclusion. She is known for dropping uncomfortable truths - on stage and online - about why inclusion without intersectionality creates a space where good intentions go to die. Follow Camille on Linkedin. 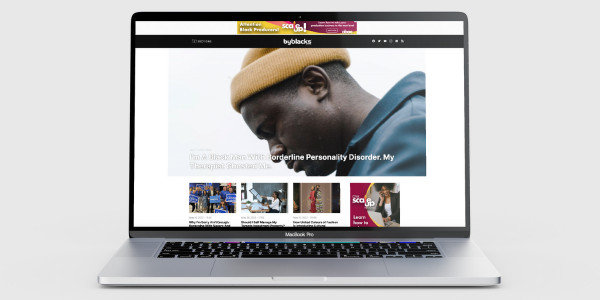