This Musician Says Canada Is Just As, If Not More Racist Than The U.S.

By Hillary LeBlanc
Published on Wednesday, January 19, 2022 - 06:49
Allon McCall never expected to move from New York to Moncton, New Brunswick and build a life there— let alone pursue his dreams as a musician and businessman, as a Black man in a predominately white place.

While still in New York he met a woman, lived with her, and had a child together. She was originally from Moncton, and the pair felt it best to move back to be close to her family with their newborn son, and Allon never moved back.

Allon remembers transitioning from being a Black American to a Black Canadian as “very awkward.”

“For whatever reasons, Black Canadians, at least here in the Maritimes, act as if there's nothing wrong or that there is no disparity between white and Black, between visible minority and non-visible. As a Black American coming into this Maritime landscape, I was very aware of the difference and the racial divide, and I was able to point it out and recognize it from a mile away. Yet, to this day, there are still Black Canadians who still don't feel there is racism or that the racism that does exist is not as serious as it really is.”

When asked about experiencing racism in the Maritimes, Allon says he feels it is “ingrained into the culture.”

“It's ingrained in the way people interact socially. It's rooted in the way that companies choose to enact their hiring practices. The problem is that it literally transcends into day-to-day life. There is still so much racism in the societal fabric of the Maritimes, and it still exists even twenty years after I moved to Moncton.”

“When you're in America, the vision of Canada that you're shown on TV and in the movies, and even what you read in textbooks is very white and stereotypical. Canada is portrayed as a white country that has done no wrong and that is neutral in the world's conflicts.”

He adds, “Canada has a very long and troubling history of racism, genocide, and just blatant disrespect toward Indigenous people that are continuing to this day. Compared to the States, I would say that Canada is probably as racist, if not more racist than America."

“Make no mistake, America is what it is, and its racism is definitely in the top three of the worst in the world in my opinion, however, at least America doesn't hide it, and doesn't sweep it under the rug, and doesn't act like it never happened.”

"When it comes to racism in the Canadian music industry, it is so widespread and blatant. Its attempt at being quote-unquote inclusive and having these seminars on the lack of inclusion or being more inclusive is upsetting. It's a joke, and it's a slap in the face. It doesn't take a summit or conference or many years before you, as an organization (East Coast Music Awards, New Brunswick Music Awards) can be inclusive. All it takes is for you to open your eyes and realize that music is created mainly by the white male and the scattered few females they choose. Racism is alive and well in the Canadian music industry."

"Personally, as a musician, I have experienced a bit of racism from other musicians and performance venues. There is this misconception in the Maritimes that if you are brown and not French and brown, the only music you can do is rap. So, for example, when I started my band EchoSeven, we had a rapper who was not me. I am the drummer and the songwriter, and I had individuals who automatically assumed, whether it was people in public, at the shows or media, that I was the band's rapper simply because I'm a Black male. It never dawned on them that I might do something else in the band besides rap."

Allon also says that his journey with building his studio was marked by racism at all points. "I remember the flak and resistance that I received just opening up my studio to the public. I had a hard time with it being a rental space. I had a hard time getting insurance. I had a hard time even promoting my studio because, again, people assumed that all I did, and all I was capable of doing was hip-hop and rap, and Urban music. Even in that genre, you still have white individuals in the Maritimes who feel they know more about Urban and rap music and life than someone from the South Bronx of New York City. Racism was a part of me starting my studio and something I had to battle and deal with constantly."

As a musician, naturally, racism continued.

"In the Atlantic provinces, there is a misconception or perceived conception of what Black musicians are supposed to be. In the space of being a musician, music and art are usually supposed to be the common ground that races can come together and communicate and bond over and, you know, become friends over. However, most of the so-called music industry in the Atlantic provinces are either English white or French white Acadian white. So, there is always that racial barrier you have to cross, and you have to deal with it when it comes to musicians. So I find that many musicians, especially in the Francophone space, want to go ahead and try to validate their credentials as Black musicians. Because I'm not making traditional African style or Urban music, they feel the need to try to validate my credentials as an artist because I perform mainstream Rock."

He adds he's had to put people in their place on many occasions. “When it comes to the Maritimes it's definitely a pissing contest when I walk into a room or walk into a space or walk onto a stage, and we have individuals who want to go ahead and either talk under their breath, talk in a different language, make snide comments, and then I jump on a drum set, and then they get quiet because ‘oh wait this Black man can actually play,’ so you know that's happened time and time again.”

"In New Brunswick, racism is a prominent thing. And I use the word thing because it's an object, it's tangible, and as something that exists, it is ever-present in the lives of people of colour or visible minorities in New Brunswick. You have so many people who are not Anglophone white or Francophone white who have chosen to settle here. Yet, the province has done nothing to make these individuals feel comfortable or welcome, or to ensure they are accessing vital services and information in their native language, not just French."

"Canada hasn't gotten better dealing with our Indigenous neighbours either, and the propaganda that exists is something that blows my mind. People still feel that Indigenous people are getting handouts, not being robbed and treated brutally. The favouritism, resources, and preferential treatment that the Acadian Community gets, at least in the Tri-City area in Moncton, is a clear example that things are fine for you if you're white-passing. If you are a person of colour, it's going to get a bit more complicated."

Music is an essential outlet for trauma, and many Black musicians use music and rap to discuss traumatic life incidents. Although Allon has encouraged Black musicians to step out of the typical "Black-trauma as a subject" conversation through music, he has noticed that many artists seem to revel in describing their lives that way, even if they are not from the “hood.” He adds that if Black musicians seek to break out of stereotypes, they must push those boundaries themselves.

While Allon never opened his recording studio, The WeMusic, to break Black stereotypes or boundaries, he feels that producing Urban music is where he has found the most success. He believes, “this is due to the racial stereotype that as a Black man I can only do or be one thing, and so I ran with it and capitalized on it.”

Allon hopes that other musicians of colour will share his tenacity and unwillingness to cave and to conform. “Things are not right in the Canadian music industry and that needs to change. Canada has a unique opportunity to change things and to become a trendsetter in inclusion in the music industry and it's dropping the ball in a serious way.”

Queer Child of God: How I Survived Conversion Therapy 10 January 2022
Is Canada The Heaven Martin Luther King Jr. Thought It Was? 16 January 2022 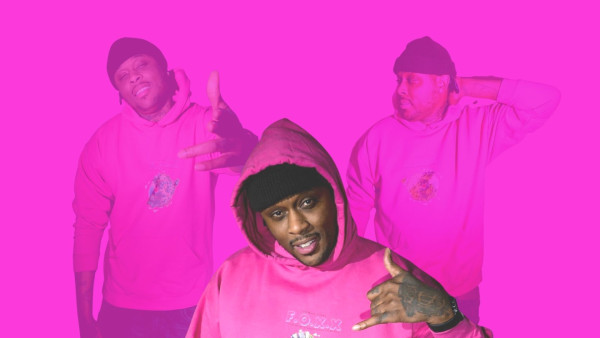