Have you ever wondered how other Black people in the Greater Toronto Area are doing?

By
Published on Monday, November 3, 2014 - 00:00
There are over 475,000 people who identify as African/Caribbean/Black living in the Greater Toronto Area (GTA). Our experiences often vary, depending on the city of residence and financial status.

What happens to a family of 4 in Oakville, is different from a similar family living near to Jane/Finch, or Maple. The Black Experience Project (BEP) seeks “to better understand the lived experiences of individuals within this community, and the factors leading to their success and challenges.”

After weeks of scheduling conflicts I managed to secure some time with Project Manager of Phase 2, Suelyn Knight. Her role in the organization aside from being the project manager handling outreach, finding participants, venues, and worried about marketing and engagement; is implementing and actually conducting the survey, whilst supporting the development of the survey tool, and sitting on the research advisory committee. It explains why it took so long to nail her down for half hour.

What is the Black Experience Project?

Simply put, the BEP is a seminal research study, looking at the experiences of people who identify as Black or Caribbean living in the GTA.

Through this in depth survey of 2,000 people living in the GTA, the project hopes to dissect the various Black residents of Canada’s most inhabited neighbourhoods, within, and surrounding Toronto. “Durham , Toronto, Halton, York and Peel Region are the areas where the interviews will be conducted” said Knight.

But why just the GTA? “We currently have funding for the GTA, and we’re looking at the places that have the highest concentration of the Black population” Knight answered.

With the survey template built in combination with the methodology, it is easily transferable to other areas, and Knight says “BEP would support other groups doing the similar research, if they asked for it”. So if you’re reading this Montreal, Halifax, Calgary, Edmonton, Vancouver, ask for it!

“The study hopes to provide data, to analyze things leading up to our successes, and challenges.” says Knight. “It captures the lived experience of Blacks in the GTA”

How will this info help to better the lives of ordinary Black Canadians?

According to Knight the survey will do this in 2 ways:
1. the fact that this study will be as representative of the community as possible, based on how people self-reported their socio-demographic information in the census data, and not just of people within a certain income category which is how the community is frequently represented in the media. This broad representation can help policy makers capitalize on people doing well within the community, in addition to putting systems in place to support those who are not..
2. Provide actual data that they can draw on to say “this is what the people have said about themselves”. One of the concerns was always writing our own narrative, versus having it told to us. The media often shows the most negative side of life for Black Canadians (gangs, drugs, welfare, etc), and that is not reflective of what life is like for most inhabitants.

The challenges experienced in the young project, stem from the reluctance of people to share their story. “The Black community is not necessarily known to be engaged and open” Knight commented. “We’re currently looking for participants; some people sign up right away, some people need more nudging.”

Knight said that it is important to make sure people feel included. “We’re trying to consider every factor and aspect. We want people from different parts of the world to see themselves as a part of this project.”

The various survey participants are being drawn from various sub groups within the community; covering age, income, sexual orientation, city of residence, occupation and country of origin, amongst other criteria.

The BEP kicked off in March 2014 revealing the members of the Research Advisory Group.

Phase 2 focuses on developing the content, administering the survey and analyzing the date for completion by March 2015.

Phase 3 - Involves the reporting and dissemination of the findings slated for March to December 2015.

Knight is urging all Black Canadians to get involved. “It is our story, and it will benefit the community overall, so show up and represent”.

It’s a study that has been long needed, I have my interview scheduled for November 2014.

The partners for the survey include United Way of Toronto, YMCA, TD Bank Group and the Ontario Trillium Foundation.

Founder of the Environics Institute Michael Adams, founded the research institute in 2006. His interest lied in looking at multicultural and civic engagement, focusing on communities that are not normally heard from. The organization has produced several studies including the 2006 Survey on Muslims in Canada and 2010 Urban Aboriginal Peoples Study.

To get involved, please visit: www.environics.ca/bep-gta 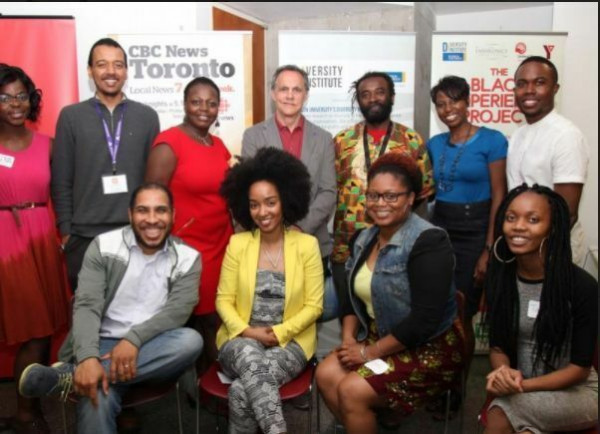