The filmmaker, who studied at Toronto’s York University and currently lives in Canada, merges beautifully shot natural scenery, a compelling narrative, and animation as an insightful storytelling tool; one that uses water and preservation as metaphors to craft a poignant tale of self-discovery.

Centred around Shannas Cove Resort waitress Antonese Anthon, the film pulls you into the reality of working life on an island almost entirely supported by travel and tourism. A world where the native Black residents are featured with a silent majesty and depth rarely presented in travel commercials, who exist far beyond the limitations of caricature and servitude. Antonese, like many Black folks anywhere in the world, feels as if she’s on the outside of the island’s bounty even though her job ensures that foreign tourists are well aware of them. An irony that’s reflected in her fear of the crystal blue ocean that hugs Cat Island, Bahamas, which is exactly what the vacationers come to avail themselves of without care. Adding to the irony is Antonese is training to become a Certified Marine Scientist while exhibiting fear of the ocean depths. 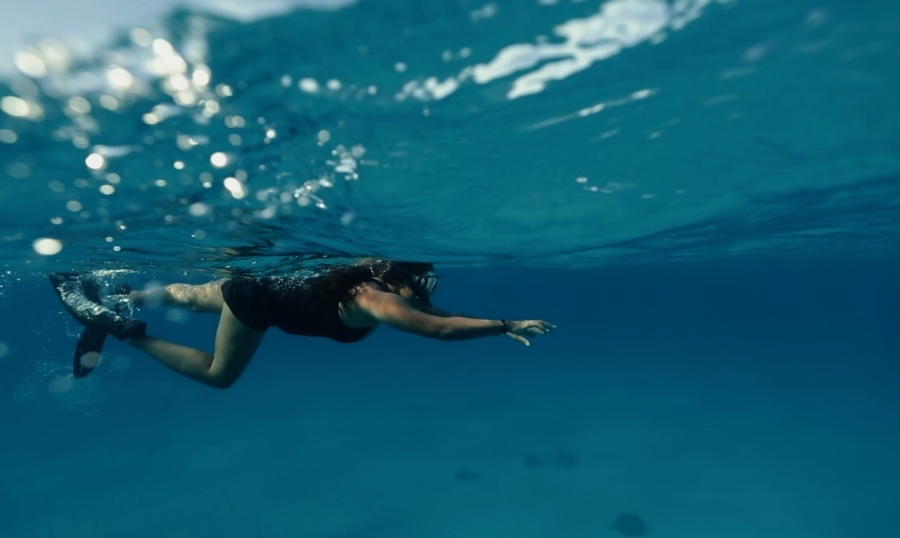 Antonese’s son, on the other hand, loves the ocean, so much so that he’s adopted the superhero name “ocean king.” In his introduction and that of Founder and CEO of Young Marine Explorers and Cat Island Conservation Institute Nikita Shiel-Rolle aka Eagle Ray Empress, Lavado employs the use of animation to give the players the feel of suiting up or transforming into the superhero alter egos. It is this revelation that drives the direction of the film because Antonese has yet to discover her true self, which according to Shiel-Rolle, isn’t uncommon for Black Bahamians or anywhere for that matter. “Superhero names are a reflection of our deeper selves”, says Shiel-Rolle in the film, who points out the locals have not been taught to love the ocean and not been given the tools to protect it.

Of course, no discussion about the Caribbean can be had without looking at the history of colonialism and servitude that follows us into the present day. In a society designed to oppress you, psychologically, emotionally, and finally, physically, what does it take to unshackle yourself from those limitations both material and immaterial. “Society makes Black people feel as if they don’t deserve it,” says Antonese in the film. Imagine a world where even the ocean, the most accessible natural resource to Antonese, has somehow become the least. 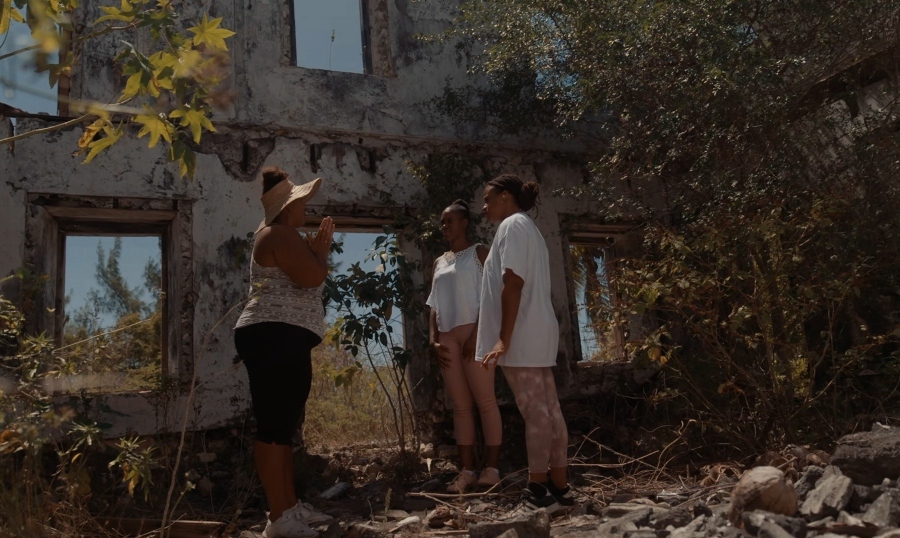 The film explores what it will take for Antonese to find her “depth” in the face of that colonial past, at one point bringing her into the ruins of the home of a plantation owner (Andrew Deveaux), an enslaver of African peoples on the island. This isn’t an exercise in dwelling in sorrow even though the heaviness of this scene could easily become that. However, this is a necessary part of reclamation for the descendants of those who passed through the middle passage and had everything but their will taken from them in the process. A reclamation of the ocean that carried so many of us into bondage, can in fact be a reclamation of hope and the future as summed up by Black superhero Eagle Ray Empress:

Lavado Stubbs’ film Antonese is a lesson in the reclamation of self, and the necessity of Black folks to recognize that they are as worthy and deserving as anyone else.

Look at the beauty and opportunity the world presents and know that it is yours if you want it.