By Ann Marie Collymore
Published on Tuesday, April 26, 2022 - 16:10
After a whirlwind of media, awards, and accolades for her work in Canadian media and the community, award-winning (including three recent Canadian Screen Award wins) Black Canadian author, television host, producer, and writer Amanda Parris is home. Parris and her team were in France at the CANNESERIES Festival, where they presented her recent project, Revenge of the Black Best Friend, in the short form competition. The digital series premiered beforehand in Canada on CBC Gem to rave reviews by fans and critics alike.

It’s a layered piece of work that teems with satire, comedy, and social prejudices and lays it all out clearly via its lead character, Dr. Toni Shakur. But not without some apparent bumps in the road.

Under the lens, Parris delves into the searing truths of the stereotypical portrayal of onscreen Black characters. Like a character in episode two—I Swear I'm In This, who was unceremoniously cut from his film. On the other end, she asks poignant questions about activism and championing for your people via your brand while under a microscope. However, that's not where the idea all began.

Initially, the series was to be told from the perspective of a support group for tokenized Black actors. But unfortunately, the timing just wasn't right. "One day, I was on Twitter and saw a video from a new show called Astronomy Club [Sketch Show]. One of their first promo clips was a sketch from the season, and it was literally a support group. It was the exact idea down to the specific characters that I wanted to include. It was exactly it, and it was very well done. When I saw that, I said….'Well, that's that then. I guess my idea is dead.'" (laughs)

But if anything, the video prompted Parris to reassess a new direction for her project, which would take the audience on a different journey altogether. “For a minute, I thought the whole idea was gone,” she said. “Then, my producer encouraged me to keep thinking about it and see if there was a different way to approach it. So I started focusing on the idea of the person behind the support group, like the guide. And Dr. Toni started to become a character that I thought a little bit about in the initial idea. Then I started to think about her even more, and she became the reason.”

Unlike the group perspective, each episode allows the audience to focus on different aspects of understanding what self-help guru Dr. Toni Shakur is all about. We get a glimpse of how she uplifts her clients and talk-show viewers. We are also privy to the various stereotypical tropes of how Black actors are portrayed or cast in given what is loosely called ‘opportunities’ in the eyes of the gatekeeper.

The new progressed idea was a full-on journey to create. Especially since Parris was birthing this project alongside juggling her other full-time gigs as the host of CBC Arts: Exhibitionists, The Filmmakers, From The Vaults, and Marvins Room—and along the way, literally creating life. Parris recently had a baby boy. Hearing Parris speak about the project creatively, it's almost as though it was a calling. She wanted to be clear and concise with her vision. In the artistic sense, this was her baby, after all. It was the sole project that she had her hand in from inception to completion. "Particularly when we got to production as the showrunner, it was such a magical experience because it forced me to really be clear in what I wanted to have happened," says Parris.

For her, it had to be worth her while, purposeful. And indeed, it was. "I was still passionate about it. It was the first thing that I did after getting pregnant. It's the first job that I went back into. I feel like if it were anything else, it would have been so hard to transition back into work, but because it was that, I was so excited about it. It's so hard to transition too. It was hard to be away from him, you know. I love hanging out with Malcolm, but with this particular job, even though it was still challenging, I knew I felt purposeful in the transition. It felt like I was away from him for a very good reason," says Parris.

When they developed the writer’s room during the inception process, Parris started to feel the flow. She developed an all-Black ‘writer’s room of her dreams’ with musician, writer, and activist Wendy “Motion” Brathwaite at the helm. She sat with different iterations of the script. It was finally time to shoot a concept trailer, and in came Canadian actress Oluniké Adeliyi (The Porter). The rest is, as they say, history.

On the surface, the character Dr. Toni Shakur takes us on a couple of journeys. Firstly, as a coach broadening our minds to some of the actual Black experiences actors contend with consistently. Secondly, we see what it's like to be walking a fine line between branding and activism. Particularly when Toni's world starts to unravel in episode six. "What happens when those things become part of your job and the thing that you make money off of and your so-called brand? What does that look like and how do you continue to perpetuate those things indirectly by making it a part of your brand and your job—the thing that's contributing to your quote-unquote success?”

Parris goes on to say, "It was the hardest to write because it was me trying to deal with questions that I'm continuously and consistently asking myself in this process around advocacy and activism. That episode is like an ongoing reflection for me. It's something that I keep on thinking about. But I overall consider Revenge to be this sort of commitment that I've made to myself that I [do] not perpetuate any of the things that I've been putting out very publicly."

Everyone can't get enough of Dr. Toni Shakur (and we know you love her television show steel pannist just as much as we do) and the series. Now, there is a call out for what's to come. Will there be a season two? The way episode six ended with things falling apart, it's easy to judge Toni without asking questions like, what would you have done? But now that there's the shift to an introspective perspective, now what? "I don't know," Parris responded with a playful smile.

She explains, "I've left it as the season ends on a question mark, and I feel like it's still a question mark for me as well, too. All I know is I would love if we got a season two to continue diving into Toni's journey specifically. Prayers up that we could ever get Oluniké again because she is a star doing what I hope for, for all Black actors…ascending, and I'm so happy for her. I feel like Toni has just become so captivating and so interesting to me that I would love for season two to really continue pushing her, challenging her, and thinking about her as an avatar for a lot of the issues that I think are relevant and topical right now. For Black folks who have the job of critique, advocacy, and activism, I think there are a lot of really big questions that we're grappling with. We don't have a season two confirmed or assured, so that's part of why I leave it as a question mark."

Revenge of the Black Best Friend is streaming now on CBC Gem. 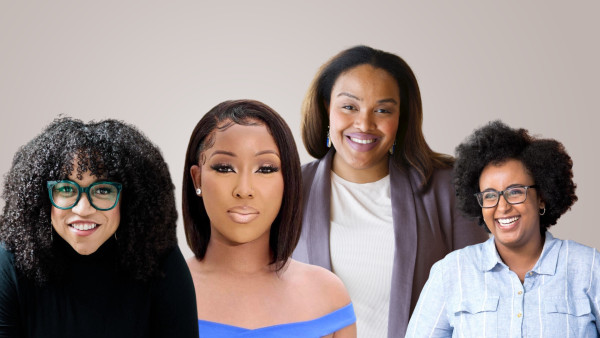 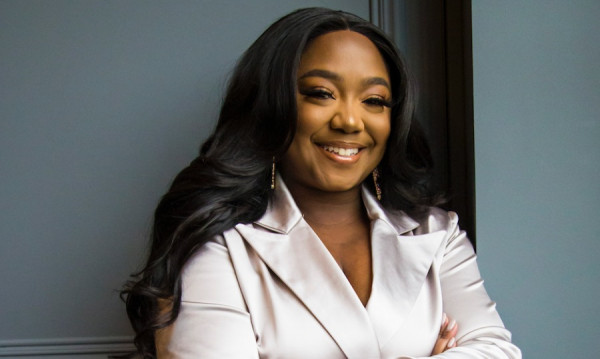 Pauleanna Reid: The Celebrity Ghostwriter With A Winning Strategy For Success