By Feleseta Kassaye Woldtsadique
Published on Thursday, June 10, 2021 - 05:27
“Covert forms of racism are the worst. I think most people don't even realize that they may be contributing to racism by participating in the system that facilitates it.” - David "Click" Cox

Black Canadian artists like Drake and The Weeknd have enjoyed huge success around the world. However, this doesn’t negate the fact that many Black Canadian artists continue to suffer from long-standing systemic challenges. The Declaration to End Anti-Black Racism, developed by Breaking Down Racial Barriers (BDRB) in partnership with the Canadian Independent Music Association (CIMA) and Canada's Black Music Business Collective (ADVANCE), is a response to these challenges. The declaration aims to end racism in the industry by creating a framework of actionable steps that will bring about epic change. The virtual declaration signing event took place on June 2nd to mark the one-year anniversary of Blackout Tuesday. Music companies such as Six Shooter Records, Warner Music, Canadian Live Music Association were among those who signed the declaration.

In attendance were Canadian artists, music managers, and Canadian music industry heavyweights including:

David "Click" Cox, one of the cofounders of BDRB about the initiative, is a veteran in the music industry who began his career as a dancer and has since grown into an important figure in the industry.

“Systemic racism affects us in a huge way. People face obstacles due to the colour of their skin,” says David.

David says that it’s hard for Black music professionals to find acceptance in Canada or to be taken seriously due to a lack of Black representation at decision-making levels within the industry.

“There are not enough Black people working at media companies and radio stations where you can stand up and connect with someone,” says Cox. “There are Black people in certain spaces, but they're not gatekeepers able to call the shots.

Recalling some of his personal experiences, he remembers being turned away from nightclubs and being on the receiving end of microaggressions levelled at him while promoting Black musical talent.

“They don’t treat our work as if it were great music,” Cox says. “If an artist makes rock, they’ll say, they don't know what to do with it.”

According to Cox, in some cases, there’s an expectation for you to possess a certain degree, or speak and present yourself in a certain way to climb up the ladder. They’re not looking at the substance of a Black music professional’s work, they’re just looking at the Black person in front of them.

As a result of these invisible barriers, many Black people have left the music business because they felt their careers were stagnating. Still, some (like Cox) have stuck around for the long haul motivated by their love of music and arts.

“I have the will, the dream, the desire, the love of music and thick skin,” says Cox. “Being a Black person, you channel years of oppression through your ancestors and the strength of what they've taught you is embedded within you.”

Still, he admits, that journey can be hard, exhausting, mentally draining, and trauma-inducing.

Catalyzed by the murder of George Floyd, BDRB was founded by David and music veteran, Ian Andre Espinet. The two music experts came up with the idea of BDRB based on the many conversations they had with each other about the lack of Black representation in the industry. They organized 10 online round table sessions, in collaboration with CIMA and ADVANCE, comprising 60 Black music professionals from different segments of the industry. The focus of their discussion was the challenges facing Black artists in the industry.

A CIMA commissioned BDRB Report on anti-Black racism in the Canadian music industry will be released in the coming weeks.

The BDRB Declaration to End Anti-Black Racism in the Canadian Music Industry, based on the conversations during those sessions, “outlines what the individual, corporation, and organization should do towards making changes and gives us the tools to move forward,” Cox explains.

After it was written, it was passed around to different people in the industry so that more insights could be shared or added if deemed necessary. However, Cox admits it was tough to materialize the declaration. Some companies struggled to understand the ideas within the declaration and wouldn’t commit to everything fully.

“If you really want to see change, then you should not let any sort of obstacle continue to oppress us,” David argues.

Of the seven clauses of the declaration, David emphasizes two: Clause 2 and Clause 7 that focus on data and the way forward.

“Data is important because, without it, you don't really have the means to bring about change,” Cox says. “Moving forward is just as important. One may sign the declaration, show up, and talk about what needs to be done but not actually walk the walk. Clause 7 reinforces the idea that the work isn’t just lip service but it has to be followed through with action.”

The declaration is aimed at anyone directly or indirectly connected to the music industry.

“Anyone associated with the business of music should sign. We call out companies to take a stand in eradicating anti-Black racism,” Cox says. “But it's the people within the companies who have to take the lead with the right intentions.”

While Cox believes some companies are doing what they can to improve Black representation, he also believes the struggle doesn’t end at being seen and heard.

“It's about being able to change and shape the narrative itself,” Cox adds.

As delighted as he is that music executives and their employees have signed the declaration, there are still many who haven’t.

“It’s an important first step in acknowledging the fact that the Canadian infrastructure does not have us in it,” says Cox. “This means we don’t have any say or influence over key decisions being made in those spaces.”

The declaration commits the signatories to commit to measurable actions. Those actions may include making an ongoing effort against racism by creating mechanisms to undo systems that preserve racism and creating actionable solutions.

Cox revealed that the organizers are receiving encouraging and appreciative emails from people in the industry around the cause. Some have concerns about actionable steps to make those changes. So, going forward, BDRB and its partners are planning to go back to the signatories and hold them accountable by finding out what they did. However, accountability can be difficult to achieve. “I worry about people signing it and thinking that everything is good, so the challenge is really trying to get people to do the work,” Cox says, sharing his concern.

Cox points to accountability taking place when Black music professionals start speaking to, helping, and calling out one another.

“It’s important for Black people to unite and support one another. I know it can be very exhausting and very traumatizing sometimes to hold other people's hands in this space,” offers Cox. “But let’s use these companies that have signed this declaration as an opportunity to communicate, build our industry and infrastructure.”

Is The Black Entrepreneurship Program Really a Gamechanger For Black Canadian Businesses? 17 June 2021
This Researcher Stepped Up To Teach Amharic In Peel District Elementary Schools 17 June 2021 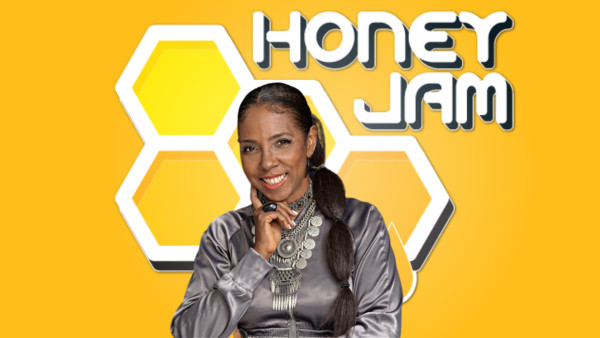