By Lucy Oneka
Published on Sunday, July 12, 2020 - 20:52
(PHOTO CREDIT: Jackie Becky Media) Sandra Adjou is a passionate advocate of African culture and identity. A native of Benin, when Sandra left her homeland to study abroad in Casablanca then Paris, she was dismayed by the negative perceptions about Black people. Disturbed by what she observed, she made it her mission to change the negative narrative around the Black community by creating the African Identity Culture Centre (AICC). I spoke with Sandra about AICC and the need for a strong identity within the Black Canadian community.

Can you talk a bit about the mission of AICC?

Sandra: AICC was launched in September 2018 as a bilingual non-for-profit. In French, we are the Centre de L'identité et de la Culture Africaines (CICA). Our mission is to instill in young minds ranging from ages 4 to 18 years old better knowledge of their African heritage. We do this through workshops, literature, history, language, and so many different subjects. It all started when I left my home country of Benin in West Africa at the age of 17 for university when I started realizing that people perceive the Black community very badly. Years after, as a young mom who moved to Toronto, I felt the urgency to create a place where kids and young adults can be educated because I felt like they did not know the culture, and neither do we most of the time. They have had a negative perception for years and we need to do something positive against that. For me, it is by teaching our people as well as others.

My daughter has so many friends and I want her and her friends to know the pride behind who she is. It is the whole idea of everyone (including ourselves) seeing us differently. So slowly I was like, 'we need to do something.' At some point, the calling to create the change I needed to see was so intense. I had no choice because every time I would talk about it, my heart would race. The thing is, I could do that with my children alone, but I felt the need to share it with other kids because what I observed was that other communities do this for their own, but we the Black community don't feel the need to do this beyond our countries of origin. Who you are or where you are coming from has to be part of every kid's education. Last month we learned the basics of Bassa, an African language from Cameroon, and we talked about the diversity and beauty of Black hair. We want to learn about our writers and so on. We have stories that deserves to be told. It's been quite challenging, but it's a really wonderful journey. I can see the feedback from my kids, from the kids attending, and from other families, and it encourages us every day.

You see a lot of Black people declaring they are 'African' in an effort to embrace their African ancestry; however, Africa is not a country, and it has diverse cultures within the culture. Is there a right way for Black Canadians who have never been to the Continent to honour their roots?

Sandra: I believe that Black Canadians who don't know their roots, first need to know their history beyond slavery. We need to read the different sides of the story. Strangely, the glorious past, the rebellions in wars or crusades are usually hidden. We also have the tendency of only valuing what foreigners say about us. Let's learn what the (African) natives can tell us about ourselves. This story has to be known. The first step is, you need to know your roots, and you need to know where you are coming from. In addition to this, we need to get over our differences. This one will say, 'you are from the South. I'm from the North.' We need to get over this. We need to build strong communities, support, encourage and stand up for each other. This is what the other communities do. This is why people are seeing them. Black Canadians definitely need to know their roots, know the stories, and grow the stories. We need to stand together, and I believe working on the kids can make a difference. They will be the adults of tomorrow.

What are some ways Black Canadians can connect to their African ancestors?

Sandra: There are so many ways of doing this. I believe this is what we are trying to do in our workshops. I talked about knowing the story. We have history lessons; we talk about powerful African kingdsoms so that they can know where we are coming from. At our workshops we have a Black person of the day to show them positive representation. We have mentorship. We show them hidden successful Black people. We want the kids to see them and say, 'ah, if that person is a professor of a university, I can do it.' We have African dances and music, and there are also Afro related crafts. We talk about body image, we talk about and show what we wear, and we play African games, the kind we play in Africa.

What are some important things you want Black Canadians to know about Africa?

Sandra: 1. Africa is a continent, and within one country, you have diversity. This is the beauty of diversity. 2. Africa has a great story. This is something I tell my kids every day. Africa has a great story. From North to the South and East to West, there were powerful and wealthy kingdoms. We had a lesson of Mansa Musa in the kingdom of Mali and the Massai from Kenya. I mean, those people were powerful. 3. Our culture is definitely not primitive. In ancient Egypt, we created writings and so many things. We had scientists. We are not primitive. 4. Our skin colour doesn't define our brain. It's not because you are dark that your brain is less than others.

How important is it for parents to expose their Black children to the African Identity? And how can parents go about doing that?

Sandra: I believe it is capital for their future. Identity is your DNA. If you don't do it now, the need to will come at some point. I know of people who grew up abroad, have turned 40, and have wondered who they were. They feel like, 'I don't belong here, and if I go back home I don't belong there either. Who am I?' The tendency we see now is that our culture is underestimated. Part of our goal at AICC is to bring it to the same level as the others. If you let a kid believe that he doesn't belong somewhere or that he doesn't have the same value, the next generation will carry the same wrong belief. It will be everlasting, and we want to stop this. You need to instill in kids when they are young who they are because society is putting the negative. You need to put the positive. You need to reinforce. It's something that you need to do otherwise they will be drained, and at some point, they won't know who they are. Can you believe that when my daughter started kindergarten at the age of four, she came back home and said, 'white skin is more beautiful than black skin.' A friend of hers told her so. I was like there's no way I'm going to let my kids think that. It's not just like, 'oh, it's not true.' I need to build something in her so that she feels powerful, and so that she knows that she can do anything she sets her mind to do. It is that kind of mind that is limitless. I think it is very important. What we, people of African descent, do is that we are so busy working either two or three jobs and don't take time in building self-esteem and value in our kids. As a result, the kids will eventually realize there is something missing, and they will ask, 'what am I doing with my life?'

I believe kids need to value who they are, and they need to have dreams. They shouldn't have to carry the unnecessary burden of having a complex. Those kinds of complexes need to be fought. I believe that there are so many things that parents can do with their children. They can read books, they can play identity and diversity games, and they can play country flags. Country flags are part of the things we do in the workshops. They can learn about the food we talked about earlier, visit restaurants, and attend cultural fairs. We need to keep reminding the kids that they can do anything and skin colour doesn't limit them. It has to be the same message that every kid understands about Blacks, not just our Black kids. They need to get that because they will be the adults working with our kids in the future as well as living with them in communities. Everyone needs to get it.

For more information contact Sandra Adjou at This email address is being protected from spambots. You need JavaScript enabled to view it. 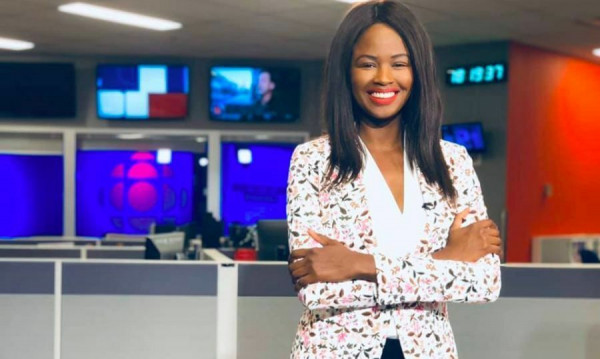