By Teneile Warren
Published on Friday, September 2, 2016 - 15:08
The biennial Ashkenaz Festival celebrating Yiddish and Jewish music, art and culture kicks runs from August 31- September 10, 2016 in Toronto.
On Sunday September 4, Food writer, Independent Scholar and culinary historian, Michael Twitty will give a talk and food demonstration on the intersection between Jewish and African-American Food. Twitty calls this cuisine “Kosher Soul”.

Michael Twitty describes himself as Black by birth and Jewish by choice. The Black Jew is almost invisible by some standards in the Black community. Yet, Twitty’s work in food history and developing this cuisine has and continues to unearth the aligned journeys, ingredients and cooking styles of the Jewish and Black Community. It is a project that may yield some discomfort, yet if you take a moment to explore Twitty’s work, “kosher soul” makes perfect sense.

Kosher soul, do you think you could define it in a clean Wikipedia, tagline sentence?
Kosher soul is my moniker for what it means to blend the overlapping African and Jewish Diasporas into one culinary mission to explore the history, the cultures, and the future of Black Jews. It is more than soul food that is culture. It means having a mixture of those two histories.

In my experience, Judaism and Blackness have rarely been viewed synonymously, how has the Black community responded to your work?
In Black America, very few people have a problem with me wearing a kippah , Yarmulke, or reading the Torah. For most people, you are a Black person first. For me personally, I accept African-American practices and Judaism has no racial classification. I would challenge anyone who said that Judaism inherently engendered elements of anti-Blackness. No faith has its king and queen. Whether it be Western, or African or anything else. There is no pure form of anything. That is a hard truth to live with. It is critical people understand that it is very complex to be anything. As people, we are definite levels in combination. With Jewish and African history, it has constantly intersected throughout time and the world; wherever Jews have been so have Africans. We have been interacting throughout history. So kosher soul, is the result of the survived genes between African Americans and Jews.

We tend to look at cuisine from different cultures as separate things and race does enter food but so many staples in West African cuisine are staples in Jewish cuisine- black-eyed peas, okra, collard greens and kale. What was it like creating that first fusion dish?
It is less about what the food is and more about what the food means. It is about understanding who people are and where they come from. People just don’t understand that the Jewish world is not just Ashkenazi and the Black world isn’t just African. It has evolved in the Diaspora. If you keep crossing, you will eventually take a walk on each other’s paths. Food is one of the illustrators of that journey. For African-Americans or Black people, the food tells the story of those who could not leave much behind. If we bring Senegalese chicken Soup with the matzah balls you get a flavourful marriage. There is a natural harmony there. This is how the cuisines of both the African and Jewish Diaspora have developed by uniting different flavours. You get ingredients together and to answer the question, “how can this taste good?” How can this feed? How can this sustain? When I host a dinner or a serve a plate of food to a room full of people from different backgrounds, they begin to communicate through the food. It is very fulfilling to see how African and Jewish soul foods can have a conversation. Your plate is your flag. Your plate is emblematic of who you are and what you stand for.

I want to move from that to your African food history work and specifically, your memoir, “The Cooking Gene”. It is a very significant body of work. The one thing slaves weren’t allowed to do was read and write. How do you enter that process when so little is written down?
Americans often like to say that the history of this country is the same for everyone but that’s simply not true. Our enslaved ancestors were forced to experience compulsory illiteracy- which no other group in American history has ever had to deal with. This is my gripe- we were the only people who were told if you read and write we kill you. If you educate yourself, we will kill you or sell you. So, when we say African-Americans have the same opportunities, it’s a lie. How do you survive in a society that is founded on literacy practices? You can’t. This is the beginning of un-writing ourselves, un-writing our stories. The erasing of who our ancestors were and what they represented. The food is the culinary DNA of our people. If I give you callaloo from Brasil, you would say it’s the same as callaloo back home. When you start to document and compare African-American narrative with the Caribbean narrative or the Haitian narrative, the prepared foods, the spiciness of our foods you begin to find a connection. You see it in West Africa. The ingredients may have evolved differently in its place but the story has the same beginning. This food is not linear. It is not like French food. By European standards, it is not considered artistry on a plate. These food stories are the story of how West African food became the food of the African Diaspora.

Do you think food is a forgotten vehicle for the telling of African Diaspora history?
Until recently, absolutely. People have always been more interested in our music. Rap is protest music. Reggae is protest music. Not understanding our food was a means to an end. It has been intentional. We were resisting enslavement by passing on the culinary meal. Our food was also a means of protest. It is important to recount and retell that story of rebellion from a different point of view. Mainstream media hasn’t latched on to that story. The image of the Black woman presenting food to the rich white woman feels natural. Yet, the image of that same woman working with her husband to feed her family doesn’t have the same feel. We don’t see the image of the Black dinner table as a part of mainstream American history. Food is not something we gave for pleasure. Food is something we had to maintain ourselves to survive those long days in the cotton field. However, when you sit, eat and enjoy our food you become a part of our story. You are not absolved from understanding the socio-political history of our food.

How do you plan to bring this all together at the Ashkenaz Festival?
I just want to bring to the festival an illumination. Giving them a global tour of what kosher soul has been across the planet. I think that people will find that fascinating. The question is not so much the owner of the food. We all have our own prescribed meanings to what we eat and what others eat.

Any plans to explore Toronto’s culinary scene?
It will be my first time in Toronto. 2 ½ days. I am pretty fascinated with Toronto and Montreal as food destinations. Hopefully, I will find some time to explore the Caribbean culture here in Toronto. I also found through my research that I have Canadian cousins that arrived in Canada in the late nineteenth century. They came after slavery. A whole branch of my family that is Canadian.

Catch Michael Twitty at the Ashkenaz Festival on September 4 for FREE. 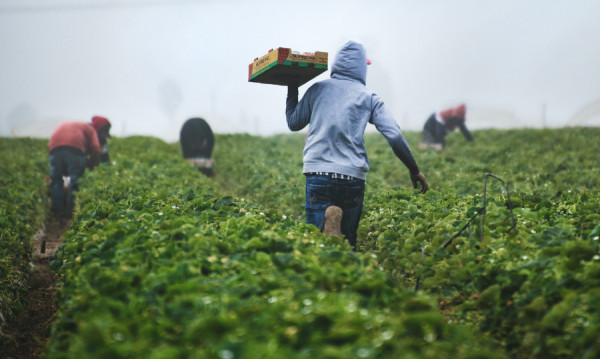 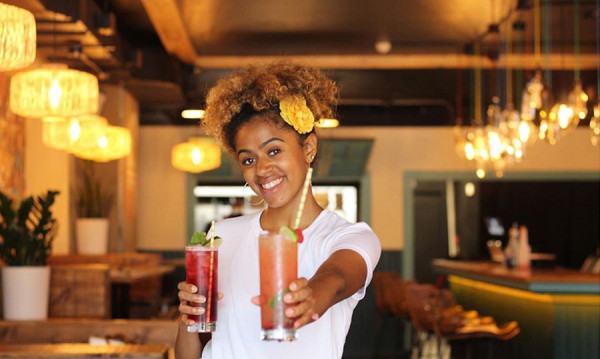