By Ann Marie Collymore
Published on Tuesday, January 17, 2023 - 15:37
Mr. International is the moniker that Toronto rapper and music executive Kardinal Offishall wears on his sleeve. Don’t get him wrong, he’s proclaimed unabashedly from the top of his lungs, “I’m from the T-DOT-OH, rep it everywhere I go…” and he’s sure to remind you, in case you have a bout of amnesia.

However, knowing he’s going to be repping as the new Global A&R at Def Jam, one of the most legendary record labels, Mr. International is coming through armed with a wealth of knowledge, Caribbean flavour, Jamaican savoir-faire and his undeniable Torontonian disposition.

Offishall has been working to realize this trajectory for a while now. It was just a matter of time until all the puzzle pieces came together for the opportunity to arise and finally be confirmed. Offishall will work in the U.S. directly with CEO Tunji Balogun and Executive Vice President LaTrice Burnett to mentor, cultivate, and sign new talent from across the globe. “Of course, I was super excited for several reasons,” explains Offishall. “I have reached a point in my life and career where I am only trying to do things I’m passionate about.”

“What does that mean? It means that sometimes we take on things because the mortgage has to get paid or whatever the various reasons are. I’m extremely blessed, and I’m speaking from a privileged place of somebody who works hard in the entertainment industry, but I also realize that I had a little more freedom to make those kinds of decisions at an earlier age,” he says.

While we discussed his various reasons that correlated with his response to the new title, we dove into the health scare that Offishall vaguely touched upon in his Instagram post. He alluded to an illness that had him in a hospital bed, incapable of walking. His experience with said illness put many things in perspective.

“The health issue was called idiosyncratic; they don’t know why it happened or where it came from. It wasn’t from poor health or hereditary or any of those things. It was something that literally came out of nowhere a couple of Christmases ago, and I ended up in the hospital for a month. I had to heal over the next six months [after that]. And I did all this pretty quietly, but what it did is it changed my perspective,” says Offishall.

Thankfully, he’s 100% back to normal and grateful for the opportunity to have a second go at this thing we call life. So, armed with healing time and a change in outlook, Offishall took this A&R position to do what he does best: allow his passion to lead and his knowledge to curate and cultivate new talent.

The importance of this position doesn’t elude Offishall. Already a seasoned music executive from his time at Universal Canada as the Creative Executive Director of the A&R team (2013) and later Senior Vice President of A&R (2021), Offishall already knows how to navigate the diverse tiers of a record label. But more importantly, it’s his approach to the job that makes all the difference.

“The fact that I get to continue building legacies for other people. This is a service industry that I’m in. And what I’m doing and have been doing for the past bunch of years. But now that I’m doing this Global A&R job with Def Jam, I get to help people build legacies for themselves and their families, and it’s such a gratifying job,” says Offishall.

This, of course, prompted me to ask if the little boy who grew up in Scarborough as a Black Canadian (and a few other boroughs in the GTA, but Scarborough is where he calls home) ever dreamed this big and thought a transition of this magnitude was on the horizon. Offishall couldn’t even fathom this being a part of his future or legacy.

Even becoming an artist and understanding how the title could realistically be a primary source of income wasn’t a reality back then. There was no blueprint, and nobody Black, from Canada, was making waves in those days until the Holy Hip Hop Trinity from Toronto laid a foundation for him to think otherwise.

“Big up to Michie Mee, Maestro, and The Dream Warriors! Of course, they’re not the only ones, but to me, these guys are shining examples who really kicked down the doors initially. They just scratched the surface of what was possible. Like my mom, I thought I would grow up and work for the TDSB. I even took communications because I wanted to be a journalist at one point in time. Even when I got to York University, I didn’t think being a rapper was something you could do coming out of Canada back then. It’s important to note that being an executive is a new thing. So to be totally transparent, not at all!” says Offishall.

I left the burning and most pertinent question for last. This is the one all up-and-coming artists who are serious about their craft should take heed to. I’m sure you’re wondering what some factors are that Offishall looks for in an artist to build a burgeoning career. Well, I’ve got you covered with a couple of tidbits.

“There are so many misguided artists. They would say, ‘yo man, when are you gonna put me on fam?’ I don’t think I’ve ever streamlined my process per se because I feel that a lot of it has to do with magic. But first and foremost, the music has to captivate me. And then, after it captivates me, we play it for the Def Jam team to ensure we’re in agreement. Sometimes you can come across a song that you think is fire, and others may think absolutely not; this is complete trash.”

He adds, “It doesn’t happen that often, and I think that’s part of what makes me good at my job. But the reality is, it has to be a song or songs that captivate the team and me. After the songs, what type of person are you? Another thing people don’t realize at the time is that it’s a marriage. If you’re going to be spending all that time with an artist and an artist’s team, you have to make sure you’re willing to make that commitment. Sometimes, it could turn into a 20, 30, or 40-year commitment depending on how incredible the artist is. So, those are a couple of things that I look for first.”

Offishall is simply thankful. And another word that permeated our conversation was blessed. He rebounded from a major health scare to a prominent position at a label forever etched in hip hop history. But, no doubt, he doesn’t take anything for granted and moves forward in mindfulness of gratitude, gratefulness, and manifestation.

“Enjoy every day as much as possible. Sometimes we get caught up in routine, and we don’t take the time to live in gratitude as we should. For me, every day that I am here and can enjoy my life is a blessing. So, I’ve changed my mantra from “I have to” to “I get to.” I’m so thankful to be able to have Def Jam be a part of my legacy as much as I’m contributing to theirs.” 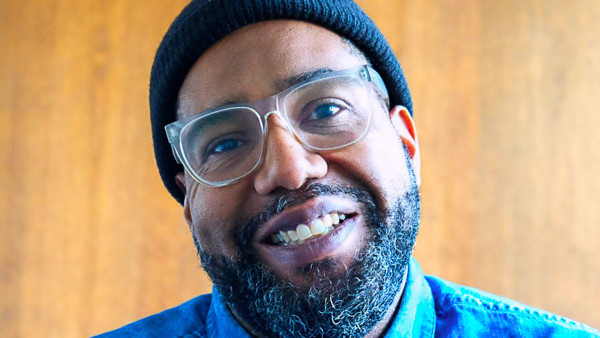 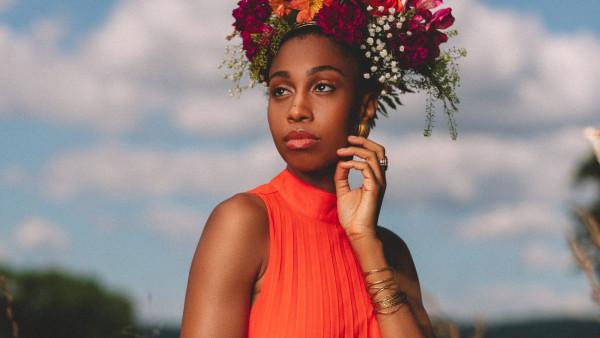