By Administrator
Published on Wednesday, June 27, 2018 - 11:26
An Ontario police watchdog is investigating after a black man was Tasered multiple times during an arrest and later died in the custody of the Barrie Police Service.

The Special Investigations Unit said officers arrested the 32-year-old man on Friday afternoon. He was then brought to the station where he went into medical distress during the booking process.
The SIU said the man was then taken to hospital, but later died. The SIU is an independent watchdog that investigates incidents of serious injury and death involving police in Ontario.   A bystander caught cellphone footage of the arrest. In the video, two officers are seen taking a black man to the ground before he’s arrested.

In the video, the person holding the camera says the man was trying to lie down and had already been hit with a Taser. At one point, he is seen getting off the ground, where he appears to be punched and hit with a Taser again.

“They asked him to see his ID and before he even had a chance to pull his ID out, the one guy just kicked him, (and) the other guy just starting Tasing him,” said Lance Freeman, who witnessed the arrest.

Officers did not release the man’s name, but family and friends have identified him as Orlando Brown.

‘Fantastic dad’
Donna Dubois, Brown’s former partner and the mother of his 11-year-old daughter, was one of hundreds of people who attended a vigil for Brown on Monday night.  “My daughter has no father,” she said. “Is that just?”   Earlier, she called him a “fantastic dad.”

“His daughter is completely devastated and now she’s left without her father,” she told CTV Barrie. “How’s she going to think police officers are safe when this is what happened to her dad? ”  Dubois said she knew Brown had a warrant out for his arrest and that he was planning on turning himself in.

Question of race, excessive force,  Barbara South, Brown’s aunt, said her nephew was known as someone who would always lend a helping hand.  “He didn’t have a mean bone in his body,” she said.

South said she believes Brown would have never died in custody if he was white.

“My nephew was murdered,” she said. “There’s no doubt about that.”  South also questioned why Brown was “Tased repeatedly.”  “What is that?” she said. “He’s already in a chokehold.”

‘Make sure you call the lawyer’
Volence Drummond, who describes himself as being like an “adopted brother” to Brown, said he was getting ready for church when he found about his friend’s death.  He said they spoke the night before Brown died.  “I said, tomorrow, 12 o’clock, if you don’t hear from the lawyer, make sure you call the lawyer, because the last thing you want is any police officer to see you on the street and to kill you,” Drummond said.

“I was very shocked and devastated,” he said. “It just doesn’t really and truly make sense what happened.”  ‘I see ... him resisting violently’  Retired police officer Scott Giovannetti has trained countless officers in how to use Tasers, and says they are a safe alternative.  The use-of-force expert also said that, based on the video, he doesn’t believe police used excessive force.  “When I watch that, I see the officers requesting him to get to the ground (and) him resisting violently,” Giovannetti said.  Giovannetti added that when the Taser is used multiple times officers are expected to “consider getting medical attention for this individual.”   He cautioned that only part of the interaction between the deceased and police was captured on video, adding, “We don’t know all the facts.”  The Barrie Police Association, meanwhile, tweeted that they “stand behind (their) members 100%”  The SIU and the Barrie Police Service have declined to comment on the investigation.

A memorial has been set up for Brown at the spot of the incident and a vigil is planned for Monday evening.

This article originally appeared on ctvnews.ca 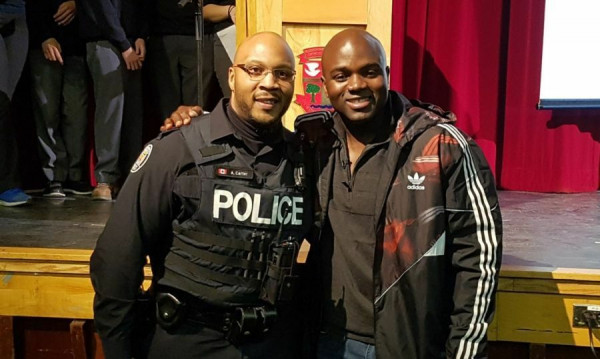 Lessons In Perspective From A Survivor of Police Brutality 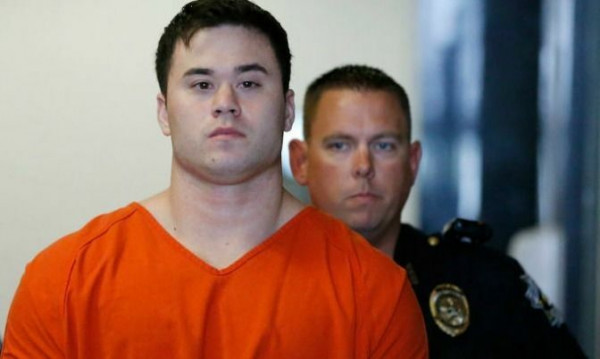 The Daniel Holtzclaw Case: The Police Brutality We Don’t Want To Talk About