By Talia Leacock
Published on Monday, June 15, 2020 - 20:33
It’s been three long and painful weeks since Derek Chauvin murdered George Floyd. In that time, we’ve seen people across America and the world take to the streets in protest of the painfully long list of Black lives snuffed out by police brutality.

Others, including large numbers of white corporations and individuals, took up the cause on social media.  But it seems that somewhere between the hashtags, black squares, and promises to stand with Black lives that some self-proclaimed allies missed a very important detail: this issue doesn’t start and end with police violence. In fact, the first battlefield for white folk in the fight against anti-Black racism is the one within.

We, as Black people, have asked white folks for accountability, and too many have answered the request with performative allyship that skips the hard work of action. And not only in the US. Just this week, we’ve seen two glaring examples of just how shallow the promises of solidarity can be right here in Canada.

The first occurred when fashion stylist and reality TV host Jessica Mulroney took offence to a general call-to-action from Black lifestyle influencer Sasha Exeter.  Exeter has carved out an impressive lifestyle brand, collaborating with big brands like Nike, Apple, and Mercedes. On June 3rd, she posted a call-to-action to her fellow influencers to use their platforms in support of Black Lives. Mulroney, who, at that point, had posted nothing about the current fight for racial justice, took the call-to-action personally. In peak Amy Cooper form, Mulroney sent Exeter a message with a warning: she was talking to people and companies about how Exeter had treated her ‘unfairly.’

“You think your voice matters,” Mulroney allegedly wrote. “Well, it only matters if you express it with kindness and without shaming people who are simply trying to learn. Good luck.”

Exeter detailed the interaction on her Instagram in a 12-minute-long video where she discussed how she’d weighed the cost of speaking out about the incident when Mulroney, a white, wealthy woman was already willing to threaten her livelihood. But the consequences for Mulroney were swift. She was dropped from Cityline and her partnership with Hudson’s Bay, and her show, I Do Redo, was pulled from CTV.  Mulroney, feeling the sting of her choices, publicly apologized to Exeter and shared her newfound intentions to support the work against anti-Black racism. And then, just moments later, she sent Exeter an Instagram message warning of a libel lawsuit.

Mulroney clearly hadn’t learned, and it seemed that others failed to learn from her behaviour too. Because less than a week later, with Mulroney’s reckoning still fresh, the second, equally infuriating incident occurred, this time in sports media. On June 8th, Sheri Forde, a white Sportsnet Tonight reporter, penned a personal essay on her Medium account about her family’s experiences with racism. Most notably, she wrote about growing up with a racist father and her experience dating and marrying a Black man, former CFL player and current TSN football analyst, Duane Forde. The N-word (now censored) appears twice in the essay—all six letters, including the hard ‘R,’ jumping off the screen.

It was a story Forde felt was important to tell, and perhaps it was. After all, a story like that, written by a white woman, may have been illuminating to white Canadian audiences who might be more inclined to listen to their racial peers about the painful reality of racism in this country. But those three instances of the N-word meant that any education Forde might have provided with her story came at the expense of Black people who are rightfully triggered by that word. So, Kayla Grey, a colleague of Forde’s husband and Canada’s first Black woman to host a flagship sports highlighting show, chose to say something. In four tweets, she informed Forde that no white person should write or say the word in any context. Grey also made it clear that she would not be sharing the article.

Things quickly went south. Sheri Forde described Grey’s direct-but-civil tweets as putting her ‘on full blast’ (in a now deleted tweet). Forde also admitted she used the N-word in full because her husband told her she should. To add insult to injury, Tim McClure, an executive leadership and brand consultant, jumped to Forde’s defense, writing a nine-tweet ‘Open Message’ chastising Grey for daring to speak up. In his thread, he tagged Grey’s employers, misappropriated a Maya Angelou quote, and insisted Grey apologize to Forde. Most ironically, he accused Grey of not listening before turning off his replies so that no one could engage with his condescending tweets.

Perhaps infuriating is not strong enough a word for either of these incidents. Because what Jessica Mulroney, Sheri Forde, and Tim McClure did this week is flub the very first opportunities they got to actively demonstrate the solidarity they claimed to offer.  They were not, in any way, prepared to be called to allyship that was uncomfortable. The moment Jessica Mulroney felt singled out for her white privilege, she leveraged her social capital and white privilege to go after Sasha Exeter’s livelihood. Sheri Forde wanted to be acknowledged for choosing love over her family’s racism, but falsely painted Kayla Grey as aggressive when called out for using an unquestionably racist word. And Tim McClure demanded that Kayla Grey apologize for not being tolerant of a white writer using the N-word.

None of them, not Mulroney nor Forde nor McClure did what needed to be done in the moment—sit with the discomfort of their privilege and listen to the voices of the oppressed. None of them recognized that they were acting in ways that were, even if unintentionally, racist. They had all, at some point, posted hashtags, called out racism, and declared themselves allies, but when the time came to check their own privilege, every one of them fumbled. They attacked, they chastised, and they played victim—all textbook white privileged behaviours.

I believe they fell back on those old habits because holding yourself accountable is hard, it’s painful, and it’s exhausting. But so is living in a racist world in a Black body. We have learned to codeswitch, to check our tones in speech and text, to work twice as hard for half as much. We have spent our whole lives being extra cautious whenever we enter a store or encounter a police officer. We have questioned our skin, our hair, our language, and our voices. We have trained our ears to hear the racist dog whistles and our tempers to stay cool when rage burns in our bellies. We have stood defiantly even when the weight of racism tried to bend our backs.

And now white people are fumbling their allyship because they are suddenly being called to do a fraction of what we’ve had to do all our lives. You literally have ONE job in this fight. Accept the discomfort. Accept that you have harmed someone, even when that wasn't your intention.

We cannot accept excuses and we cannot let what happened to Sasha Exeter and Kayla Grey slide. There is no way that we can tolerate allyship that doesn’t advance the cause. Because we cannot create a more equitable and just world for Black lives with hashtags alone. We need racism to be checked at the systemic levels and the personal ones too. Accountability is a must.

As Sasha Exeter so eloquently put it in her Instagram video: “The goal here is genuine transformative change, not optical performative bullshit.” We can’t accept hashtags and empty promises anymore. It’s simply not enough.

Our Right To Heal: A Word From Black Canadian Women Fundraisers 14 June 2020
Becoming Canadian: The Good, The Bad And The Ugly Racism 15 June 2020 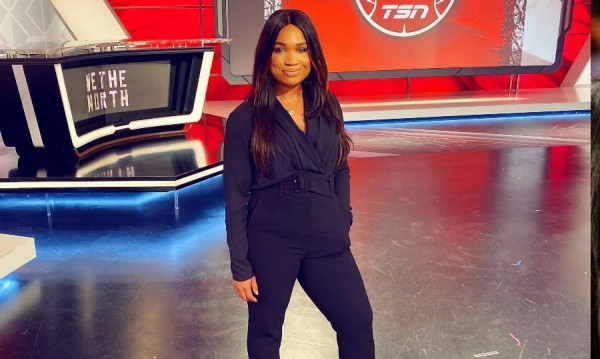 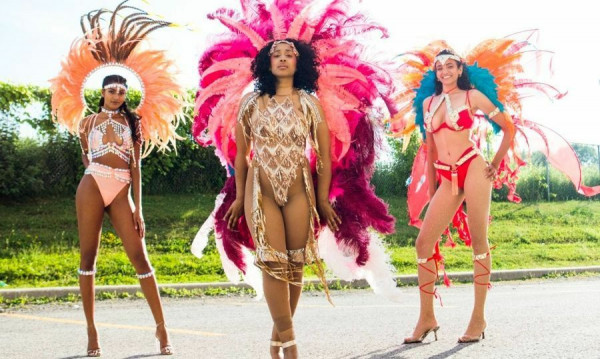